You’re probably wondering why a middle-age lesbian who’s scared of her own shadow is writing about a horror series based on an iconic ’90s slasher, but the truth is: why not me? I Know What You Did Last Summer is a show about teens doing murder, and there are twins at the middle, and one of them is named Allison. I have plenty of experience with that.

On paper, I’m not qualified to write about this show at all, but, in reality, I’m perfect for it because these homicidal youths all talk like they’re 40 years old and act exactly like what people my age think Kids These Days are up to, which, in addition to murder, is heavily abusing drugs while Instagramming about the public threesomes they’re having in the living room while all their parents sit idly by in the den sharing a charcuterie board and reading the Wall Street Journal. I don’t know much about stabby cinema, but I do know Amazon’s serialized remake of Kevin Williamson’s classic film (based on Lois Duncan’s novel of the same name) makes Pretty Little Liars look like high art; it’s maybe the stupidest thing I have ever seen in my life. 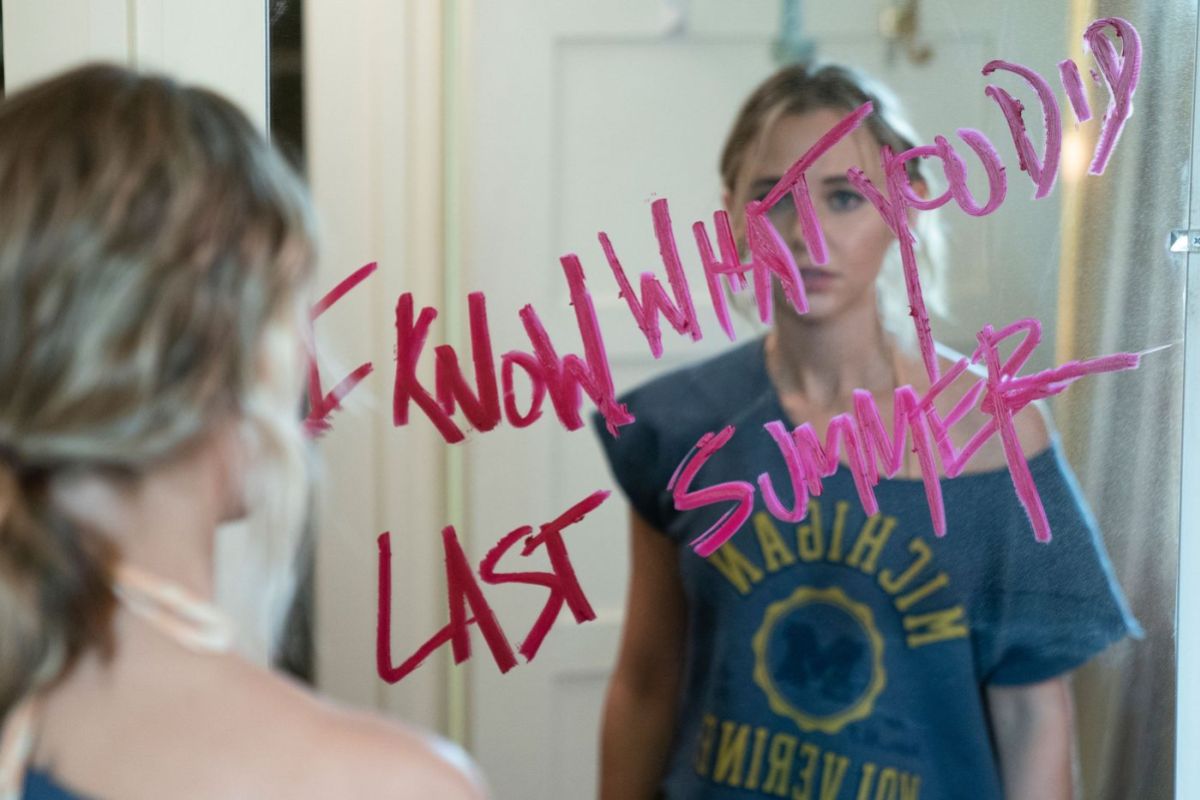 NEXT TIME IT’LL BE YOUR FACE, NOT THIS PUMPKIN. — A

So these twins, they’re named Lennon and Allison, and they’re both played by Madison Iseman. Lennon and Allison’s mom died by suicide (SUPPOSEDLY). They’re both obviously messed up by it, although Allison’s grief is more obvious and Lennon mostly makes jokes about it while doing her Instagram and her casual sex. When Lennon returns home to Hawaii after her freshman year of college, things are weird with her family and friends. There’s Margot (Brianne Tju) a famous Instagram personality; Riley (Ashley Moore), a drug dealer or something, her personality changes in every episode; Dylan (Ezekiel Goodman), a Holden Caulfield; and Johnny (Sebastian Amoruso), a football player. Also there’s a severed goat head and some lipstick talking about I KNOW WHAT YOU DID LAST SUMMER scrawled on Lennon’s mirror.

And that’s when everybody starts dying. Luckily for me, most of the carnage happens off-screen, but apparently blood and guts and shock are one of the main reasons people watch horror, so probably the invisible butchery isn’t as much fun for real fans of the genre.

Who all’s gay here? Well, it’s Lennon and Margot, whose lesbian tongue kissing was graded A+++ by Riese in the trailer. Margot is your classic influencer, impossibly beautiful and snapping pics of herself like it’s her job because it’s her job. At first it seems like their whole deal is the closest thing we’re going to get to ’90s teen TV — by which I mean: elicit homosexual mouth smashing for ratings. But their relationship starts getting explored for real in episode four, “Hot Shrimp Salad,” which is, incidentally, another way to die. If you can make it that far, you can start getting some answers. Or whatever it is this show thinks passes for “answers.” 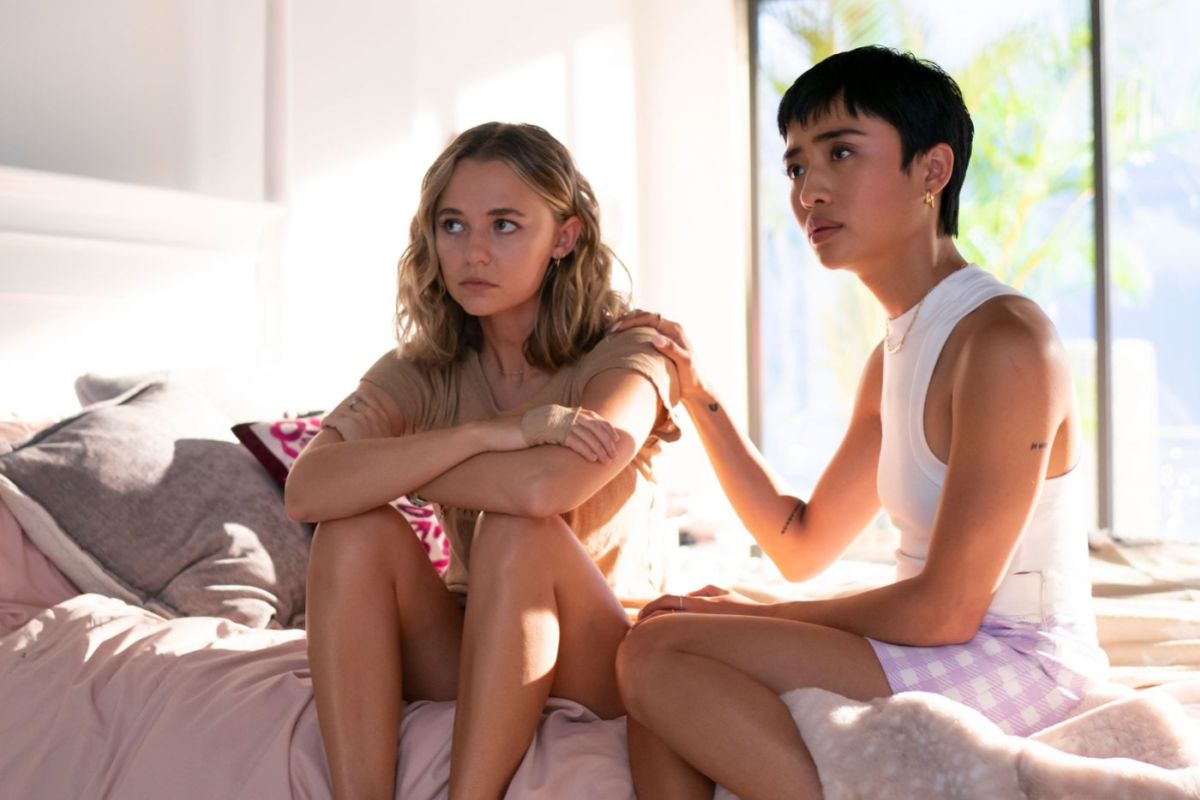 You’re telling us there are literally zero Native Hawaiians in this main cast?

I have hardly ever seen plot holes this big, and I must note that I watched and recapped every episode of Glee. But the billion times I said “wait what?” during the first five episodes of this show actually didn’t bother me as much as the way the whole series seems written as a vehicle (lol) for judging teenagers? These idiots with their phones and their fucking and the way they say “low-key” and “sus” every other second, am I right? And also the way the show’s main plot twist is too twin to handle. Twinner even than Sweet Valley High. Twinner even than Pretty Little Liars. Or maybe twin in exactly those ways. Twin in ways that are nothing new, except maybe the idea that everyone really is gay now.

And whoops, I’ve said too much.

I Know What You Did Last Summer seems less interested in being a serialized horror remake and more interested capitalizing on Riverdale‘s never-ending popularity in pitch meetings and not letting the Gossip Girl reboot corner the market on stalker nostalgia. But it takes itself way too seriously to deserve either one of those comparisons. I Know What You Did Last Summer is my first real brush with classic horror, and it’s also the first time I’ve ever fallen asleep watching someone’s head get chopped off.