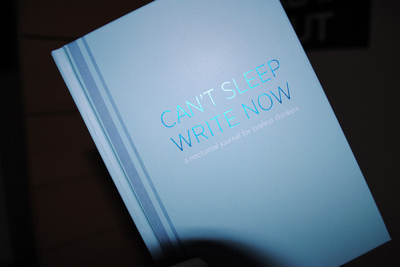 HELLO and welcome to the 37th installment of Things I Read That I Love, wherein I share with you some of the longer-form journalism/essays I’ve read recently so that you can read them too and we can all know more about cheap dental care and the morning-after pill! This “column” is less feminist/queer focused than the rest of the site because when something is feminist/queer focused, I put it on the rest of the site. Here is where the other things are.

Where I Write #22: A Room Of One’s Own In The Middle Of Everything (August 2012), by Megan Stielstra for The Rumpus – “There are other things I’d like to teach them, as well; like the balance of writing and living, and how do you write and pay a mortgage, and is it possible to have a room of one’s own without a room?—but I haven’t figured it out yet.”

Church Is Wherever You Are (June 2012), by David Lumpkin for The Oxford American – But since the day my mother had driven south out of our red-clay driveway on Shiloh Church Road, never to be seen or heard from again, Daddy had changed. And one way the change announced itself to me—slowly unfolding over time—was his newfound interest in TV preachers.

Pariahs Among the Rainbow (July 2012), by Elly Fishman for The Chicago Reader – “On any given summer afternoon, bus stops, storefronts, and parking lots along Broadway between Belmont and Addison are crowded with flamboyant teens and twentysomethings wearing everything from oversize T-shirts to wigs and four-inch heels. They gather in public spaces, yet seem to exist in a parallel universe.”

The Media’s Gabby Douglas Problem (August 2012), by T.F. Charlton for Ebony – You must read this if it’s the only thing you read. I think she’s dead on.

The Art of Writing Well (July 2012), by Matthew Walther for The New English Review – “Lucas wastes no time fulminating à la Orwell against the passive voice, and he uses semi-colons the only way a serious writer ought to: however he pleases. He is probably the only style guide author whose precepts would not lead one to rewrite the first sentence of Pride and Prejudice as “Everyone believes that rich men want to get married.”

Women On How The Internet Has Changed Them (July 2012), by Jen Doll for The Atlantic – Some high-profile writers, editors and bloggers talk about how the internet has changed them — I was surprised by how many have a thicker skin now than they used to. I’m not sure the same is true for me.

Catch Me If You Can (July 2012), by Dean King for Outside – “When Robert Wood Jr. disappeared in a densely forested Virginia park, searchers faced the challenge of a lifetime. The eight-year-old boy was autistic and nonverbal, and from his perspective the largest manhunt in state history probably looked like something else: the ultimate game of hide-and-seek.”

The Morning After Pill: A Well-Kept Secret (January 1993), by Jan Hoffman for The New York Times – This is so interesting! It’s a really solid, in-depth snapshot of what reproductive health looked like for women in 1993. Worth your time.

The Other One Percent (June 2012), by Melissa Petro for The Rumpus – “Nothing in my mouth is anomalous. I have no cavity. I’m pissed. I had thought I had a cavity because I had thought I felt pain, but it was only in my head. Now, I’m pissed at myself for thinking something was wrong. Otherwise I should not be here. Ninety dollars is a trip to the grocery store. It’s my T-Mobile bill. It’s eighteen rides on the train. Poor people do not have ninety dollars for preventative care. If I were going to spend ninety dollars on a non-emergency I would have gotten that toothpick-sized splinter removed from my thigh.”

Love, Money and Other People’s Children (July 2012), by Mona Simpson for The New York Times – a photoessay about the relationships between nannies and the children they take care of.

The Things Behind the Sun (July 2012), by Brian Cullman for The Paris Review – “[Nick Drake] hunched over a small mahogany guitar, a parlor guitar, and began fingerpicking with the ease and elegance and grace of the playing on his album, though he pulled the guitar tightly into himself, hugging it as he played, and the sound was distant and muffled and indistinct, as if he’d found a way to get up and walk out into the hallway and close the door on us while he sat there on the stage.”

Boo-Boos in Paradise: Fact-Checking David Brooks (April 2004), for Philadelphia Magazine – Having read both Bobos in Paradise and On Paradise Drive, I found this piece fascinating!