Thirty minutes ago I ran into a girl from high school in the airport terminal; she’s on my flight back from Florida to New York City, where she’s also attending college. We said hi and then she launched right into telling me that she doesn’t want to go back, that New York is sad and lonely. I squealed OH MY GOD I FEEL THE EXACT SAME WAY! as if it’s exciting that both of us are lonely (it kind of is). 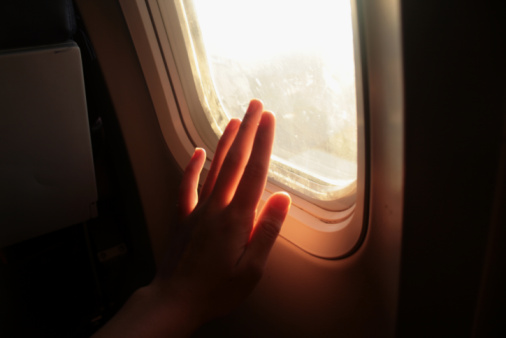 So now I’m sitting on the airplane waiting for the anxiety-provoking takeoff which will segue into being suspended thousands of feet in the air for over two hours which is NOT my favorite state of being. I’m thinking about how actually every New York college freshman from my High School that I’ve talked too is just as nervous about going back. (My statistics are biased ’cause I don’t know many guys, so really it’s just all the girls who feel this way. Maybe the guys are doing just fine! I sort of doubt it though.) Could the loneliness & depression be related to the lovely statistic citing Florida as one of the happiest places in the United States and New York as the most depressed one. Probably.  But I’m not going to lie—I find comfort in the collective misery.

I tried to write this before I left home. I wanted to get this in ten days ago.

I attempted to write on the beach.

In my bed at home.

It’s not as if this little column of mine is so important that my words must be perfect enough to change the world (even though that’d be so awesome!!), but still I was hoping something of witty substance would transition from feeling to words and come close to being transformative. Then I thought,“How beautifully cliché would it be for me to write this mid-air in a literal limbo between home and school.”

So that is why I’m here, writing away in my illegible, could-be-mistaken-for-a-four-year-old-boy’s handwriting.

Portable Electronics May Now Be Used

We, the collective misery unit, don’t want to sound ungrateful for the incredible privilege we have in attending the best schools in a fascinating city. For some people it’s not even about the school. Or the city. Thankfully, it’s not even about being gay.

I’m sure others do feel/have felt/will feel this way about their first year of college, regardless of its location. I’m not sure that there’s a way to fix it but I think we can all agree that we never want to hear from anyone ever again that college was the best time of their lives.

Sure, it may have been (although peaking at 22 is a bit depressing, isn’t it?) for some people, and perhaps one day I will feel that college has been the best thing to ever happen to me but right now none of us want to feel like we’re doing something wrong because we’re not having “the best time of our lives.”

The Flight Attendant has a French Accent! So Exciting! I want to listen forever!!

OK so winter break…I was looking forward to a beautifully warm month long vacation in sunny South Florida. But um you know how it was exceptionally cold for a while where you live? Yeah well it was like that at my house too.  South Florida reached record lows and stayed at those lows for weeks at a time. Awesome. No tan for me. Winter coats should never be worn in the town where your grandparents move to for three months to escape winter. 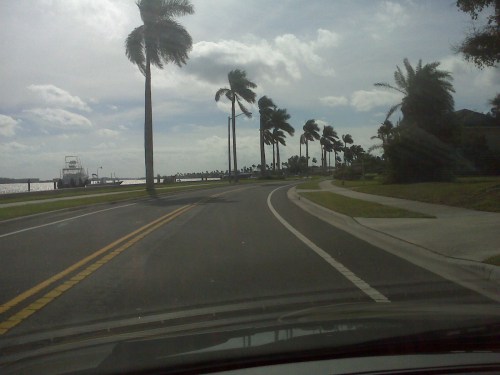 But the night before I went home to visit that strange Florida cold and mere seconds after I finished my last exam I found out that my roommate (my second try at a roommate, by the way) was moving out. I’ve genuinely liked both of my failed roommates and they both have (supposedly) liked me too.

So I’d like to know…why does no one seem to want to live with me??? Do I smell? Do I play too much Lady Gaga? Is my big, slightly scary poster of Janis Joplin a bit too much for these girls to handle?

But instead of losing myself in the ever growing list of reasons Barnard freshman don’t want to live with me, I decided to go out that night to celebrate the end of the semester. Unfortunately I had to get to the airport the next morning and had not yet packed… basically I didn’t sleep and I ended up packing the hour before I was due on the bus. Guys, I forgot to bring home so much stuff! (This is apparently an Autostraddle College Student Epidemic)

I came home to a holiday party being thrown at my house when all I wanted to do was shower and sleep. I had to tell everyone I was tired because of my exams and the plane ride and not because of staying up all night with um, you know, people.  Plus, I missed the first snow which is really sad because I wanted to play in it and throw snowballs and pretend like I was four years old! Ooooh well.

I generally dislike the idea of New Year’s… it doesn’t seem like much of a holiday to me. By the time you’re counting down the seconds before midnight, the rest of the world is already in the year 2010. But this year I was surrounded by people other than my family and we made party hats and did other things that I can’t quite remember…so it was actually fun! 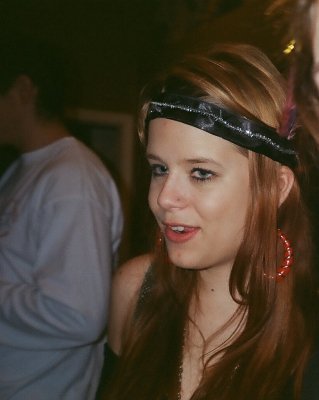 Although I remember thinking that night that there is something a bit weird about going home and seeing the people who are still there; the younger kids who are in awe over the fact that you live a big college life in the city, and the ones who are your age and haven’t exactly left yet.

As hard as school in New York has been, I wouldn’t trade the experience in for the world. Because as much as I love Florida, going home feels as if I’m slipping back into the confused girl I once was. I am not fully comfortable with myself at home. I’m not exactly sure who I am because I am different things to different people. But in New York everyone is new. Everyone knows I’m gay. I meet people with the personality that I have crafted throughout the years—the one I like best so far in my life. People in New York get to know the carefully cultivated me, the one I created, and I like that.

The rest of my time home was nice. My younger brother apparently had no idea I was gay until two weeks before I came home for break. My mother tells me that he went up to her and said “Why didn’t anyone tell me about Lily?? I feel so left out? Why did everyone know? It’s really cool, I just wish I had known.”

Honestly, I thought he knew! It was pretty obvious. Perhaps not in a superficial way ’cause maybe he was looking for signals like the way I dress… but c’mon, I publically dated girls in the high school we both attended, I’ve never had a boyfriend, and I go to a women’s college.

The kid is pretty oblivious… but he’s a sweetheart. I feel like we bonded during this break more than we ever had before—all because he was excited that we could check out girls together. Oh the simple pleasures.

(OK so I’m not actually writing this while the plane is landing because at that time I was having a minor panic attack. This should really be titled “Three days after I got back to New York and I’m in some cool girl’s apartment”)

I am hopeful for this next semester. It’s a fresh start—new (incredibly nice) roommate, new classes, new opportunities. I mean when your schedule includes a Tuesday/Thursday class load of “History of Sexuality” and “Philosophy and Feminism” well, I mean, how could you go wrong?

P.S. In an attempt to hang out with more straight guys (something I apparently never do) I tried to write this post in a sports bar while people watched some sort of sport that involved a bunch of sweaty guys in tights wrestling each other for an oddly shaped ball. Sounds pretty gay to me.