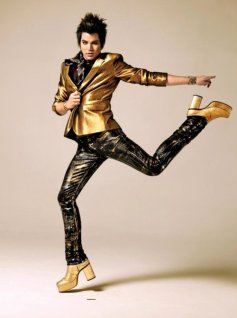 Throughout the “can gay people play straight?” hoo-ha rah-rah hullabaloo conversation (which we’re 95% sure that you are 100% done talking about even though we aren’t!) started by Newsweek‘s homophobic poorly-edited piece-of-shit article Straight Jacket, we’ve all been taking special attention to praise Neil Patrick Harris‘ ability to play a convincing “womanizer” and Sean Hayes’ ability to transcend the “flamboyant” character he’s best known for (Jack McFarland in Will & Grace) and successfully portray a love-torn heterosexual man in Promises Promises (and rightfully so, of course, they’re both fantastic actors).

Ladies, gents, and all permutations thereof — here is the question:

What is wrong with being effeminate?

To Setoodeh, it’s the Wrongest thing a man could ever be. Actually, Setoodeh isn’t so much afraid of gays as he is afraid of People Who Don’t Play Gender Right — he blames our Maine Same-Sex Marriage vote loss on “fey” television characters and blames a 15-year-old teenage boy for his own murder because he “flaunted his sexuality,” “licked up his curly hair in a Prince-like bouffant,” and often would “paint his fingernails hot pink and dab glitter or white foundation on his cheeks.”

Prior to Alan Cumming’s post (which we’ll get to in a minute), the importance of the Gender issue in this debate has really only been directly addressed by Dustin Lance Black. From Black’s statement to the Hollywood Reporter:

It’s when the author peddles tired stereotypes like “queeny” that the piece leans away from reality and tilts toward openly gay Setoodeh’s own issues with sexuality and femininity.

And in Black’s interview with Newsweek:

So perhaps it’s important to say this, too, dear readers, to end this weekly conversation: it’s damaging to use words like “queeny” as negative descriptors of a gay man’s performance not only because it’s suggesting an actor’s sexuality overwhelms his talent or that homosexual = feminine but because WHAT THE FUCK IS WRONG WITH BEING A QUEEN? QUEENS ARE AWESOME. And it’s really gross that we live in a world where “queeny” has become a word we use to subjugate men.

I’m not saying it’s bad to assume that “queeny” is always a derogatory adjective, because it is, it was conjugated specifically to serve that purpose. I’m saying that “queeny” isn’t even a fucking word at all, and if it ever was a word, it would mean “queen-like” and therefore would only be properly employed to describe people like Queen Elizabeth and Queen Latifah. “Queeny,” according to the Oxford Dick, means “ladies in power/in charge of shit,” not men stripped of power simply because they seem act a bit too much like ladies.

I think Ramin is scared right now, because fully-formed three-dimensional characters like Kurt in Glee (out & proud & effeminate, but not just a well-dressed repository for sassy gay asides and girlfriends behavior) are progress, y’all, not a model for retrograde (as Ramin suggests).

There are millions of gay people all over the world who convincingly portray straight people every single day. Some of them are even actors.  There are loads of gay people in the world who are effeminate.  There are loads of straight people in the world who are effeminate.  What is wrong with being effeminate? Does Ramin Seetodeh, and indeed society in general, have a problem with people who are too masculine? (Actually, probably yes, if they happen to be female). Calling someone out for being effeminate is a way of being negative about them for being gay without actually having to fess up to actual full-blown homophobia because our society has a tacit understanding that effeminacy is just a euphemism for faggot. Again, what is wrong with effeminacy?

This week on Glee, Kurt got jealous that his father was spending so much time with Finn (Kurt’s Dad is dating Finn’s Mom), bonding over their mutual love of Sports and other Guy Stuff. Kurt tried to “butch it up” with a new look and got a girlfriend, but all it did was confuse his Dad. The storyline’s wrap-up was actually pretty touching — when Kurt realizes that yeah, he and his Dad aren’t gonna share the same interests, and that’s not always easy, but his Dad loves him for who he is just the same. Even the cynical Vulture declared, “No hyperbole here: This was one of the best numbers yet on Glee.”

It works because Kurt does have to learn to love himself, and thank G-d he gets all the self-loathing over with in about 35 minutes and ends with a showstopper, because carrying that shit into adulthood ain’t pretty.

It is my contention that Ramin Setoodeh is not happy with himself. He has particular shame about being gay. He sees gayness, particularly open and unabashed gayness, or effeminacy, as a reminder of what he does not like about himself. And so he attacks it. His own shame translates into his paralysis when thinking of others who might have his own curse and yet be able to function fully and happily within the rest of the world: a child chasing his friends around a playground in high heels; an actor who he knows is publicly gay but feels he needs to re-out to make himself feel better about his own self-loathing and lack of acceptance of his most basic needs and happiness. As someone who is a only a decade or so immigrant to these shores, I have noticed that shame is one of America’s biggest exports, imbibed more domestically than overseas, and Mr Seetodeh could easily manage its Gay division.

Fuck that shame. Fuck hiding who you are. Fuck even worrying that if you are an effeminate gay or straight man that you can’t play fucking Rambo one day and Angel Dumott Schunard the next.

We’re often asked here at Autostraddle.com why exactly we are so fucking wet for Adam Lambert. Because Adam Lambert is a genderfucker! Because like we always say girls can do (if you want to, of course), he doesn’t pick one prescribed gender performance or the other, he just wears costumes and Is Himself. We dig girls who fuck with gender in their style as well — it can even be quite brave, and brave is very sexy.

Adam refuses to be shamed. And glam rock is perfect like that:  leather/glitter & aggressive/beautiful all at once. Check him out being sexy back before we even knew him:

When we were getting our feminist roundtable together we wanted to include our lovechild JC Gonzalez, a blogger over at Bright Pink Tears and a proud feminist and gay man (he’s like 18 or soemthing, but totally wise beyond his years for sure). This is some of what he had to say to us about why he identifies as a feminist first:

Can we discuss, for a minute, our world’s fear of the feminine? It appears that the entire world is on a crusade to obliterate all things girly, and make sure it remains subservient to masculine energy.

Many criticize and question me heavily as to why I so adamantly define myself as a feminist. “Shouldn’t you focus on gay rights instead?”

I see homosexual rights and gender equality to be one in the same since both stem from discomfort over gender roles, behavior, performance, and binaries. If the gay community seeks equal treatment, they must start at the roots and revolutionize this ancient sexist mentality.

Be fearless and drop the need to be “one of the boys.” Let’s not ask for mere tolerance, but demand more. The feminine should not be tolerated, but accepted, redefined, and cherished.

Historically, gays only showed up in Hollywood as effeminate sidekick sexless fungays, fey hairstylist/makeover-enablers, or other campy (and sloppy) stereotypes, facing many of the same challenges faced by black male characters in TV, film and theater — their characters existed to make jokes, not to have opinions or – GASP! – sex!

Therefore even within our own community, we cringed to see yet another Campy Gay “representing” the whole. But we’re getting to a better place with those characters now. Because there’s really nothing wrong with being that kind of man, it’s only problematic when the character is cardboard, rather than fully human. And yeah — Keith on Six Feet Under and Will on Will & Grace have done quite a bit to challenge preconceived notions about gay men. But that doesn’t mean gay society really ever made peace with Jack McFarland. I mean CLEARLY NOT RIGHT?

I think this change is beginning in the writers room with writers who know what they’re doing. Writers can take what the community perceives as a negative stereotype and flesh it out into a full human being; and then it’s not a stereotype anymore. It’s a person! 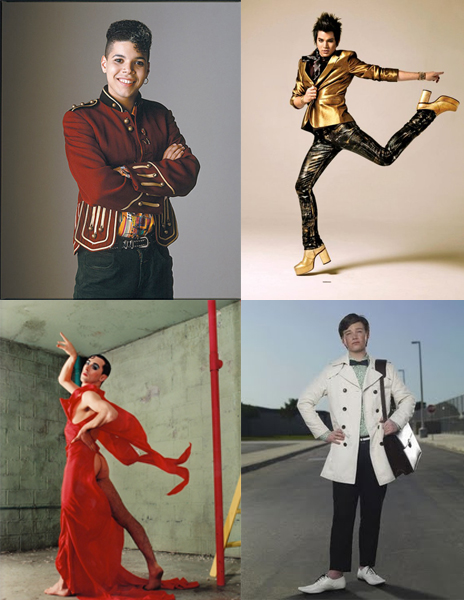 When you’re writing a Jack or a Kurt or Emmett, it has to be so honest, and those characters have been. Peter Paige, speaking of his role as Emmet Honeycutt on Queer as Folk:

This six-part Larry King interview with the entire cast of Queer as Folk from 2002 is fascinating btw, especially in light of this recent controversy. Larry King is absolutely OBSESSED with what it’s like for heterosexuals to play homosexuals to a degree where he just makes assumptions left and right, including that Robert Gant is straight (he’s gay).  Here’s a relevant quote, re: Emmet’s character –

“You can see someone who is so out there and in a lot of ways, is so much of what people assume is negative about being gay or what people make fun of in homosexuality or the way they view potentially homosexual behavior. And you see someone who loves himself and is loved by everyone around them. And, you know, the audience loves him. You know? It’s great.”

–Randy Harrison (Justin, Queer as Folk) on the character of Emmett Honeycutt

We just want to watch this video of David Bowie now: 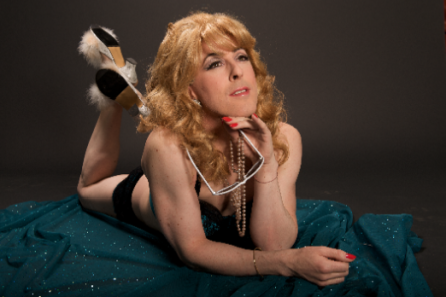 We’d like to ask you to deal with this!