When Lauren Jauregui landed herself the #1 position on the 2016 AfterEllen Hot 100 this past September, many women from the site’s queer readership were surprised — some hadn’t heard of her, others were just shocked to see a relative newcomer beat out Jennifer Lawrence/Beals. In the comments, Fifth Harmony fans explained that Jauregui was a passionate LGBTQ ally and as deserving of the honor as any of the other straight women regularly voted to top spots on the annual lesbian-curated list. In an interview following the Hot 100 announcement, the 20-year-old singer told AfterEllen that her group embraced their abundant queer female fandom by promoting “girl power,” “acceptance and love.”

Last week, fans came to Jauregui’s “defense” when Perez Hilton posted a photo of Lauren kissing a girl at what appears to be a friends’ wedding. They insisted that the kiss was “playful” and didn’t mean she was a lesbian. (Not that there’s anything wrong with that…) Jauregui herself remained silent as the flames lapped furiously at twitter’s fervent shores. 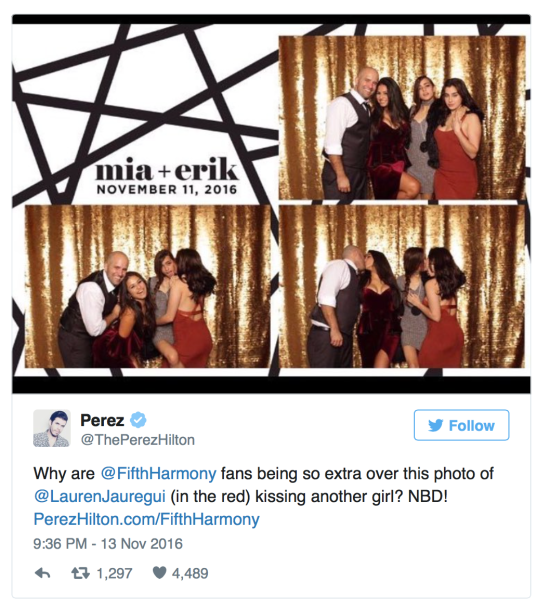 Until today! Because today, Lauren Jauregui published an open letter to Donald Trump Voters in Billboard Magazine, in which she identifies herself as a proud bisexual Cuban-American. Jauregui was, like so many of us, heartbroken when Hillary Clinton lost the presidency to a giant sack of poisonous gas. She was further enraged by voters who claimed that voting for a “racist, homophobic, sexist, xenophobic asshole” did not make them complicit in those attitudes, and that frustration unfurls gorgeously in her letter:

Your words are worthless, because your actions have led to the single-handed destruction of all the progress we’ve made socially as a nation. You have, with your pure ignorance and refusal to understand the way the government and the world works, allowed a power-hungry business tycoon to take over the United States of America. “The land of the free, the home of the brave, under God, indivisible, with Liberty and Justice for ALL.” You are HYPOCRITES.

She argues that “restoring the America that was” is restoring an America where people of color and LGBT folks and women didn’t feel safe, valid, or strong. She references Mein Kampf. She points out that Donald Trump manipulated everybody into voting for him. She discusses the difficulties of not fitting “the cis heterosexual mold.” She points out that G-d and Jesus Christ himself would not be pleased by this behavior and also that she went to Catholic School so she knows her shit. She talks about being a woman of color with light-skinned privilege and how sad it is that so many beautiful women aren’t able to realize their potential. She calls out white women who voted for Trump.

And she also says this:

Our “political correctness” that your champion, Donald Trump, so pointedly disregarded throughout his entire campaign and now with the appointment of his advisors and other government officials, is the language we have worked tirelessly to establish to feel safe in a world that never stops reminding us we are minorities. I am a bisexual Cuban-American woman and I am so proud of it. I am proud to be part of a community that only projects love and education and the support of one another. I am proud to be the granddaughter and daughter of immigrants who were brave enough to leave their homes and come to a whole new world with a different language and culture and immerse themselves fearlessly to start a better life for themselves and their families.

She closes by advising Trump voters to “travel and read a history book.” She does not make any specific recommendations so I hope they don’t read any of the bad ones (most of them).

Lauren is the second star to come out this week, following actress Bex Taylor-Klaus. At a mere 20 years of age, Lauren joins other entertainers like 18-year-old Bella Thorne and 17-year-old Amandla Stenberg in a rising trend of remarkably young ladies being loud and proud about recognizing what all of us here already know: KISSING GIRLS IS THE BEST. Listen when I was 20 years old I was living in a condo with a frat boy, so cheers to all of y’all. 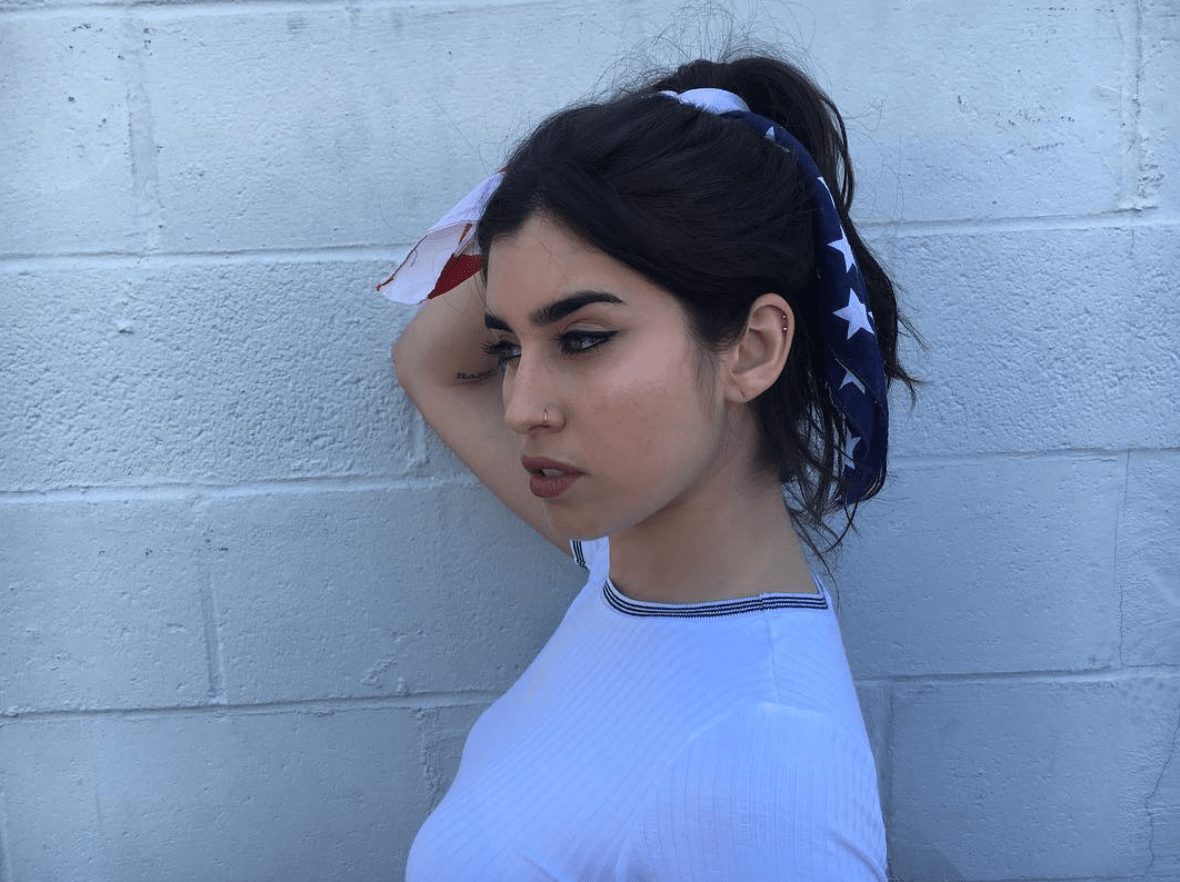 Jauregui has been an LGBT ally for a while, posting recently to her twitter about a friends’ art project for queer/trans teens. She’s also posted about National Coming Out Day, various feminist causes, the importance of voting, and the intense nature of her jove for Alicia Keys. She’s also been widely quoted around the internet as saiyng, “I support LGBT rights and reblog things of girls kissing cause it’s cute.” I can’t find the source but it’s everywhere so it must be true.

Also, she sings what our Staff Writer Alaina has referred to as “The Michelle Obama song.”

Although Lauren did not specifically mention this situation in her letter, I’m sure she would want all of you to join A+ so that we can put more funding towards our pipe dream project of flying Kaylah and Erin to my house so that along with Sarah and other dancers TBD we can do a re-make of the “Work From Home” music video.

Join A+
Related:Lauren JaureguiThis Is A Coming Out Postwomen of color