We’ve heard whispers of it for weeks, but at last, it’s been confirmed: sources allegedly close to the actress have told Radar Online that in the wake of her divorce from professional handsome person Brad Pitt, Angelina Jolie is officially sick of men and “switching teams.”

The former “wild child” and mother of approximately 31 children has until now been very open with the press about her bisexuality, which one might think allowed for her attraction to people of multiple genders. But as Radar explains, this current predilection towards women actually stems entirely from a very deliberate, conscious choice on Jolie’s choice to forgo men in favor of women and therefore become a lesbian because of Brad Pitt, which is how bisexuality always works according to the media. 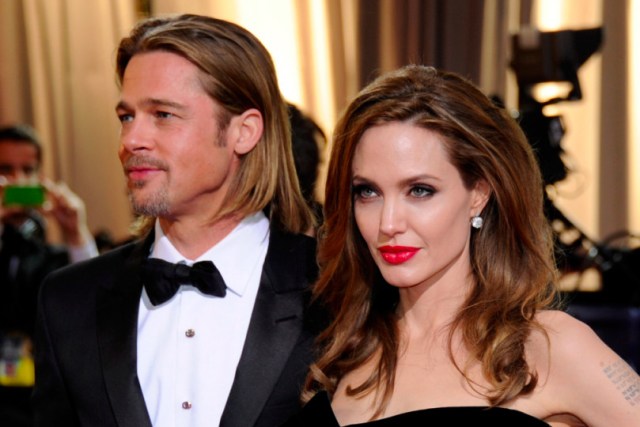 “I’ve had quite enough of THIS, thank you very much.” (Image via Getty Images)

But Angelina, you might say, to what team are you switching? Isn’t gender a social construct? Isn’t sexuality a fluid spectrum rather than strictly binary? Didn’t you just file for divorce like two months ago? Aren’t people free to be attracted to whoever they’re attracted to without it being worthy of a front page over at Us Weekly? “No,” Angelina will reply as she stretches her limbs in an oversized easy chair in the corner of your living room. “These things are very black and white. I used to be gay and then I was straight and now that I’m divorcing the man I was straight with, I’ve decided that I’m gay again.” You shrug and offer her a La Croix.

Now that Angelina is a lesbian again, she’s been very busy communicating with her ex-girlfriend, fellow lesbian Jenny Shimizu. Shimizu and Jolie dated approximately one billion years ago and Jenny Shimizu is currently married to Michelle Harper, but when a woman up and decides to be a lesbian (again), little details like this hardly matter. Everyone’s gotta drop what they’re doing and play their part. 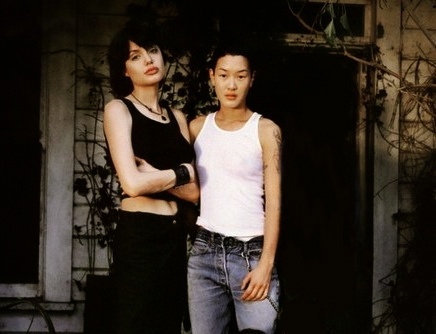 Jolie and Shimizu, hanging out pretty recently I guess.

As for you, does this mean you’re about to start dating Angelina Jolie? If you play your cards right, maybe. Hope you’re into romantic international flights on private jets with dozens of rich, sulky teenagers glaring at you while you hold hands with their mom.