I love Kickstarter. It’s allowed so many amazing comics anthologies to be made. From Chainmail Bikini to Elements to Beyond to Power & Magic, women and queer people have been using the platform as a way to launch their own projects that tell their own stories and support their own communities. The next project that’s bringing these voices into the spotlight is highlighting trans comic creators, and it’s called We’re Still Here: An All-Trans Comics Anthology. We’re Still Here is being edited by Tara Avery and Jeanne Thornton, and you can support it on Kickstarter right now.

In We’re Still Here, there are fifty-five different stories, all with different trans creators or creative teams. There’s no set genre for these comics, so there’s everything from slice-of-life to visual essays to sci-fi to nonfiction. According to the Kickstarter, in We’re Still Here “you’ll find all the hit trans content you crave: the weird stuff, the stuff that goes to uncomfortable places, the stuff that highlights little-known kinks and contradictions in the trans experience, and most importantly, the stories about trans people having a good, maybe sad time.” They continue to list a small sampling of the types of stories that are in the anthology.

This anthology boasts fifty-five different trans creators or trans creative teams! That’s so many! I’ve never read comics by a lot of them; I’m so excited to discover so much new talent! There are some people I’m very familiar with, like Tamra Bonvillain, Annie Mok, Sophie Labelle, E Hetrick Jackson, Melanie Gillman and Mia Rose Elbo, but that still leaves four dozen new creators for me to discover. That’s exactly what I was talking about with how great these Kickstarter anthologies are: I might have never known about many of these creators if it weren’t for We’re Still Here. 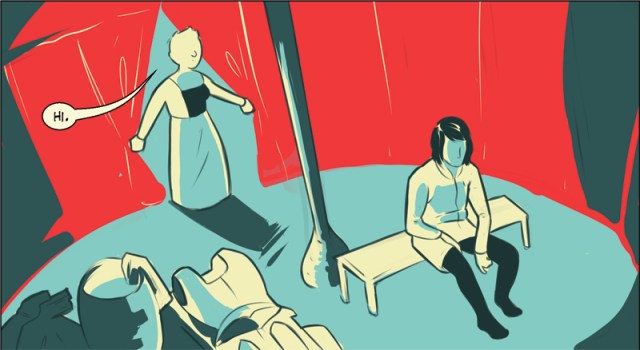 Now, I get to share with you this super cute and amazing short comic by Renny Triangle about a trans girl going out in public for the first time in “girl mode” with her boyfriend and coming out to herself. Triangle’s comic is incredibly sweet and will hit you right in the gut and the heart if you you’re trans. 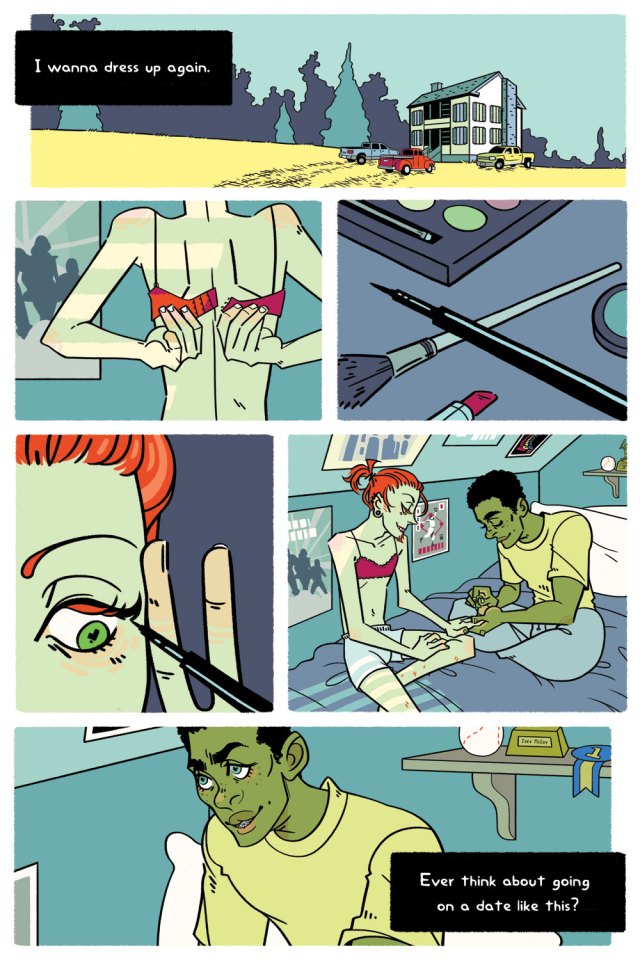 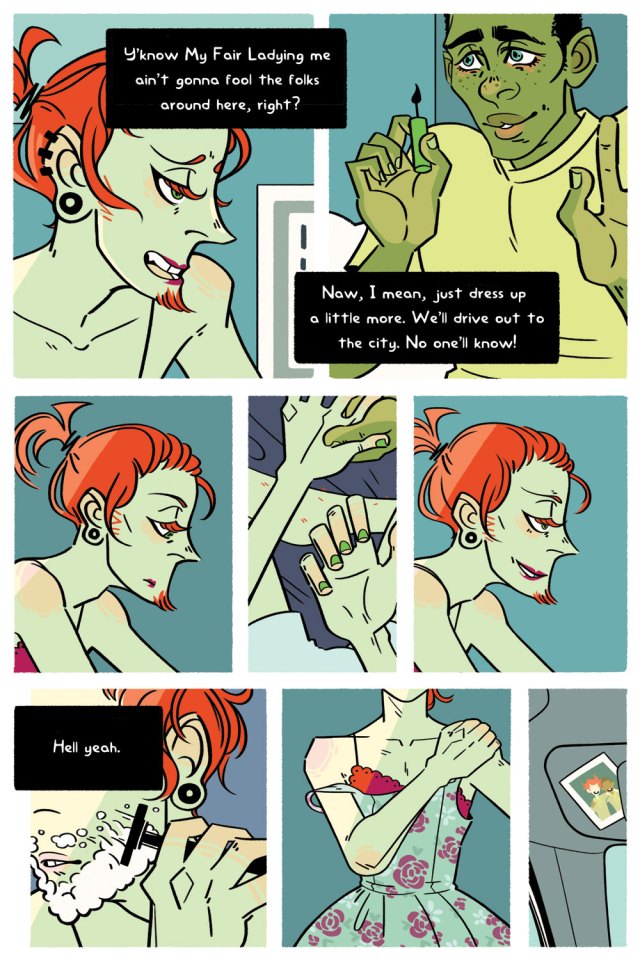 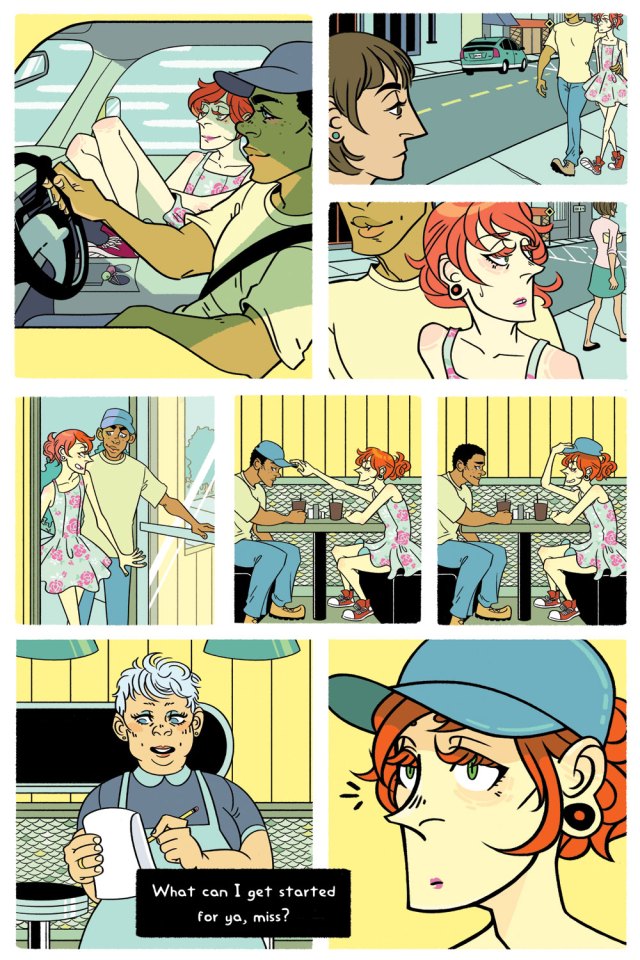 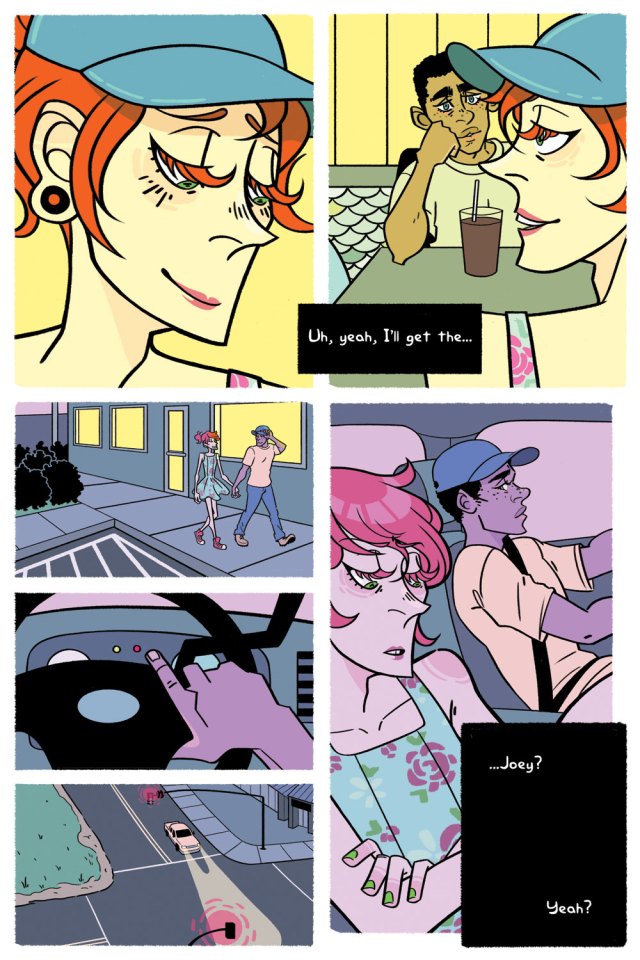 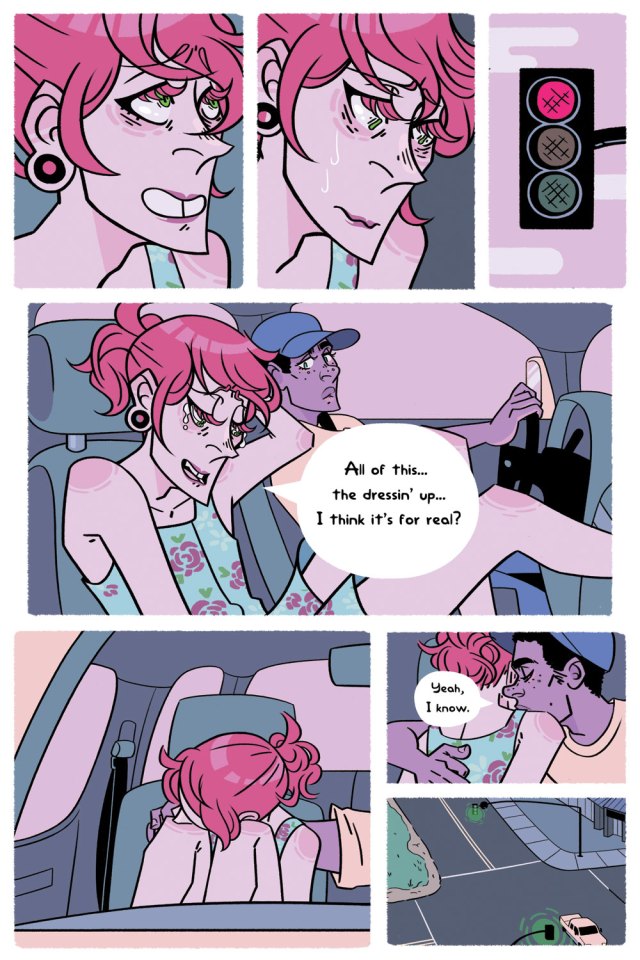 Batgirl and the Birds of Prey #12