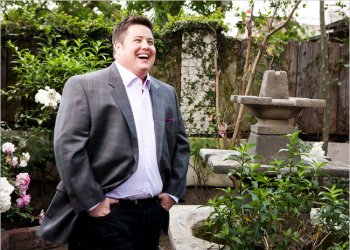 photo by Kevin Scanlon for The New York Times

I was, perhaps naively, excited to see a big bold headline on the cover of the Sunday Times Style Section: “The Reluctant Transgender Role Model.” The piece is a profile of Chaz Bono, and a preview of the documentary, “Becoming Chaz,” which premiered on OWN this week. Now I haven’t seen the documentary, or read his new memoir. This is in response to the Times piece — which turned out to be a sloppy piece of journalism, written flippantly and insensitively, that generalized one man’s perspective as if it were representative of all trans people’s experiences. It certainly doesn’t represent mine.

The article, first of all, is inexplicably narrated through the reporter’s transphobias. Cintra Wilson makes sure we know she’s with it by telling us she’s “a lifelong liberal from San Francisco and friendly with a number of transgender people.” (She even includes a quote from Rosie O’Donnell that validates her by writing that O’Donnell “too had to pave some inner potholes en route to accepting gender transitioning.”)

Wilson also makes several classic trans-reporting mistakes. She uses female pronouns to describe Chaz before his transition, and then switches to male pronouns for the rest. The photos printed with the piece play into the trite “before and after” narrative that people seem to be obsessed with when it comes to transgender people. Wilson also rushes to the “what’s in the pants” question by addressing bottom surgery early on. Nick Krieger has written persuasively about why this topic shouldn’t always be so taboo, but for this particular piece and audience, it’s not the most appropriate—or important—matter at hand. 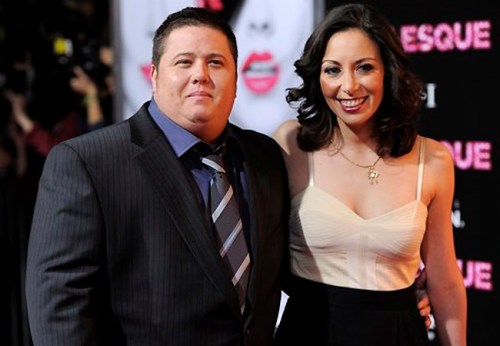 No doubt the weirdest part of the article was this paragraph of uninhibited speculation about the “root” of Chaz being transgender:

Could it be possible that the fact that Chaz is now a man is somehow Cher’s fault? Did the toxic culture of celebrity damage Chastity/Chaz’s gender identity? Did Cher’s almost drag-queenlike hyper-female persona somehow devour Chastity’s emerging femininity? Could Chaz’s transition have been motivated by gender-bent Oedipal revenge? Is he reclaiming the childhood attention his superstar mother always diverted?

I had to ask: It is remotely possible that he needed to make the transition because his mom is Cher?

I don’t even know where to start with this. Everything about it is just ridiculous

Most problematic though, is that the article relies on the same, hackneyed trans-suffering narrative. On the film’s depiction of Chaz’ top surgery, Wilson writes:

[Y]ou come away with a palpable understanding of how unendurably he must be suffering in his body to want to have his own sex characteristics amputated.

I in no way want to invalidate Chaz’ suffering, or the suffering of any trans person for that matter, but I take issue with the insinuation that our lives are unendurable. There is suffering, yes, but why must that always be the throughline? There’s such a lack of nuance here—it’s not always that neat equation of once I was suffering, but now life is perfect.

But Wilson’s writing wasn’t the only reason the article unsettled me so much – it was also Chaz’ own narrative. Take, for example, this explanation from Chaz of the trans-condition:

“There’s a gender in your brain and a gender in your body. For 99 percent of people, those things are in alignment. For transgender people, they’re mismatched. That’s all it is. It’s not complicated, it’s not a neurosis. It’s a mix-up. It’s a birth defect, like a cleft palate.”

Mismatched is socks, is plaid with pinstripe. Chaz’ definition of what it means to be trans does not resonate for me at all. The piece goes on:

Being in-between genders, Chaz said, was far more difficult than becoming a man. He was a misfit. Now, he said, he is treated much better by people, especially men.

That’s a damaging oversimplification of gender and how many of us embody it. There aren’t only two options; gender is complicated—and while there are days that I hate that, most days I love it and am delighted by the endless surprises it brings me

He’s right that it’s not easy, not as easy as it should be perhaps, but the matter-of-fact way in which he paints being in-between as inferior to his post-transition manhood invalidates the experience of everyone who does live outside the binary—the genderqueers, gender ninjas, intersexed folks of the world, the alphabet soup, two spirits, third genders—the people for whom that feels like home in the same way maleness does to Chaz.

Chaz Bono is entitled to his own story, yes. But as a public figure, he has the mic, and it worries me when that voice, and the storytellers filtering it, are painting such an incomplete picture. He does not speak for me, even though inevitably many of the article’s readers will perceive this article as being objective truth about transgender experience, as though we’re all the same, as though his story is all one needs to know. It’s not.

Oliver Bendorf is a poet who lives in Washington, DC. He tweets @ohbendorf.

Oliver is a poet who lives in Washington, DC and tweets @ohbendorf.

Oliver has written 1 article for us.