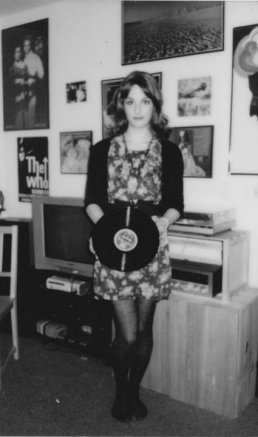 In many ways, I am your typical urban hipster femme twentysomething lesbian: I work for a greentech startup that has nothing to do with my liberal arts degree. I worry about our generation’s internet addiction (mine included). I spend a lot of money on vinyl and concert tickets. I moved to San Francisco last summer, but I’ll never start saying “hella.” I voted for Prop 19. I’m secretly mad that my love of British slang makes me cliché.

Oh, and I’m a transgender former-University-of-Southern-California-Frat-Boy.

I’ve been aware that I wasn’t “one of the boys” for as long as I can remember, and I knew I was different before ever learning words like “gender identity” and “binary.” In Kindergarten, I skipped football in favor of jumping rope with the other girls. In elementary school, my favorite book was Louis Sachar’s Marvin Redpost: Is He a Girl? (I can’t tell you how many times I tried in vain to kiss my elbow…) and made a habit of discreetly copying the handwriting of the prettiest girls in class.

But I had no idea what these feelings meant. I did know one thing, however — my family and society made it crystal clear that overtly feminine behavior was not appropriate for a boy like me.

I got the message.

In order to blend in and avoid ridicule, I tried to learn how to act in the way that I thought was expected of me.

Then, at 13, I discovered the word ‘transgender.’ I was fascinated. I read everything I could find about hormones but didn’t ever imagine myself transitioning. I was trapped in this suffocating conservative suburb. I was terrified — would my friends and family reject me? How would I explain to them that the boy they thought they knew is actually a girl who is attracted to other girls? 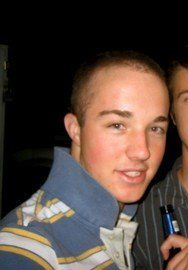 Instead, I tried hard to suppress my true self, with the hope that maybe if I acted masculine enough, these feelings would eventually go away. I doubled down on my efforts in college. I made a vow to try to become the man that everyone expected me to be. It certainly seemed easier than the alternatives. I joined a frat and started lifting weights. But the more I butched up, the more miserable I felt inside. I was never comfortable in social situations. I couldn’t fully relax around others for fear of letting the girl below the façade show through. I hated the misogyny and machismo of “bro culture.” But I was paralyzed by fear. I was happiest with my headphones on, where I could safely/gradually give up all hope of ever feeling happiness or real fulfillment.

The story of how I became who I am right now, which is ‘about to finish my second month of hormone therapy and have been “full-time” (whatever that means) for just as long’, begins like all cheap romance novels do — in Paris.

In 2008, I was studying abroad when I met the girl who has now become my lovely brilliant feminist girlfriend-of-three years. On our first date we hunted for Jim Morrison’s grave in Pere Lachaise cemetery, got hopelessly lost, and have been inseparable ever since.

Over the impending months, she helped me to peel away the masculine exterior I’d created in fear and desperation. She introduced me to her intelligent, progressive friends.

Little by little, the unattainable fantasy of ‘becoming Annika’ was seeming increasingly possible — but I was still in the closet.

Last August we moved to San Francisco and it was here that I finally decided to take the plunge. There’s such a proud and visible trans community here and I felt like such a coward and hypocrite, claiming to support LGBTQ rights while not supporting my own gender identity.

I think I knew, though, on a subconscious level, that one day I’d have to acknowledge these feelings. I also knew, on a more conscious level, that the effectiveness of hormones starts to drop off dramatically for those who begin transitioning after age 25, and I wasn’t getting any younger. What if I woke up one day looking like the middle-aged men who sat around me on my morning commute?

Eventually the emotional wall I’d erected around myself was really hurting my relationship and I wasn’t going to lose her over my own gender issues. Last December, things reached a boiling point and I finally broke down and told her everything and then, over the following weeks, started coming out to our friends and family.

The coming out process has been liberating, exhausting, and sometimes heartbreaking. You’ve been there, so I’ll spare you the joy/relief/self-acceptance clichés and just say that looking back it seems unbelievable that I’ve only been out for a few months. So much has changed already. Maybe I’m just making up for lost time?

Ultimately it was meeting my girlfriend that changed everything and I’m grateful that she’s been there to hold my hand throughout the process, sometimes literally, like marching me into dressing rooms in women’s clothing stores. 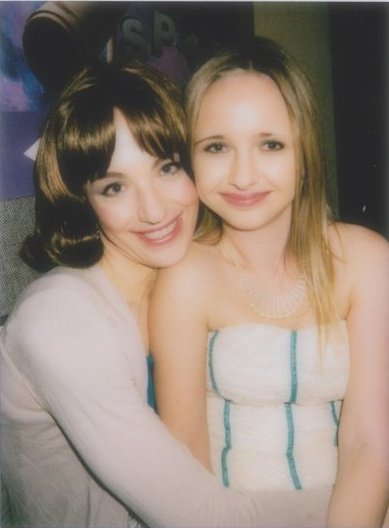 me and my girlfriend

Most of my fears about transitioning proved themselves unfounded. All of my friends have been wonderful and supportive, regardless of their religious or political views. I’ve learned to never pass judgment on how someone will react to my being trans before actually telling them. My employer has been incredibly accomodating and my co-workers go out of their way to ensure I feel welcome. I’m so hopeful for the future of LGBTQ rights in this country- our generation seems to “get it” in a way previous ones maybe didn’t.

It hasn’t been so easy, however, with my parents. They reacted with shock, grief, disgust, and, eventually, rejection. In mid-February, my father sent me a letter formally disowning me, in which he wrote that my life as a trans woman would be “bleak with much unhappiness.” He questioned the sincerity of my feelings. Then he rejected the possibility that my friends could ever love or support me. He ended his screed by asking me to change my last name — he didn’t want to know me as female, which means he didn’t want to know me at all.

I haven’t heard anything from my parents since then. Their reaction was disappointing, but hardly unique. So many of us trans people are forced to accept that our pursuit of truth and self-fulfillment could lead to losing everything and everyone around us.

Despite being disowned by my family I still feel like one of the lucky ones: I have an incredible support network, a steady income, and a good education. My position of privilege comes acutely into focus as the legal and medical bills start piling up. More than half the patients at the trans youth clinic I go to are homeless. Trans people face a higher rate of job discrimination. I didn’t embark on this journey with grand aspirations of political activism, but witnessing these systematic injustices compels me to step up to do whatever I can in the push towards equality, even if it’s something simple like sharing my story online. Complacency will only hurt me in the end. 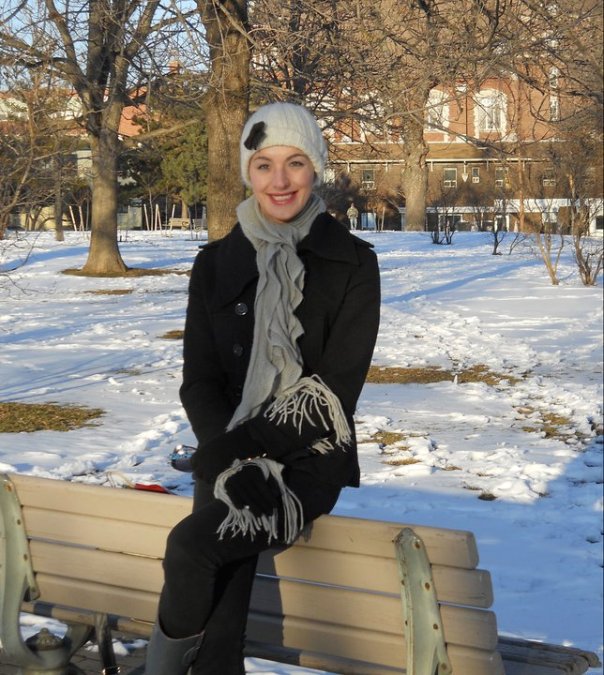 I’m still in the beginning stages of a long and rewarding process. I try to avoid looking at too many transition timelines that I find online. It makes me feel like a child counting down the days until her next birthday. I can’t fast-forward time — so blogging about my experiences is much healthier and more productive.

I hope to provide periodic updates on my transition here on Autostraddle, as well as reflections on how my girlfriend and I are losing the heteronormative privilege that we had taken for granted for most of our relationship. I have no idea about what’s to come in the months ahead, but I do know that I’m no longer filled with dread when imagining my future. One thing is certain– I won’t be invited to the annual frat alumni golf tournament this summer.