There are a lot of different ways that we understand and interpret the concept of ‘gender’ in modern life. Some people think it’s a fact of biology; some people think it’s a social construct, some have more complicated but ultimately inclusive ideas; some people don’t think about it at all. In concrete terms, it tends to manifest itself in our physical presentation, our clothes, our names, our legal documentation and drivers’ licenses, our identity as perceived by ourselves and others. It seems generally agreed upon that taking all of those factors together will give you at least some picture of a person’s gender identity.

The state of New Jersey, however, seems to be operating under some other idea of what gender is, and it looks like they’re going to have to defend it in court. This is the story of El’Jai Devoureau, whose name, physical appearance, driver’s license, Social Security records, birth certificate and most importantly his own assertion of his identity all identify him as male. But Devoureau was fired from his job with Urban Treatment Associates because he was born with female genitals.

“As long as I’ve been a person, I’ve lived as a man,” he said in an interview. “At age 5, I did everything a boy did: I climbed trees, I played football, I played with trucks. Most of the people in my life, all they know is I’m male.”

Last June, Urban Treatment Associates in Camden hired Mr. Devoureau as a part-time urine monitor; his job was to make sure that people recovering from addiction did not substitute someone else’s urine for their own during regular drug testing. On his second day, he said, his boss said she had heard he was transgender.

“I said I was male, and she asked if I had any surgeries,” he said. “I said that was private and I didn’t have to answer, and I was fired.” 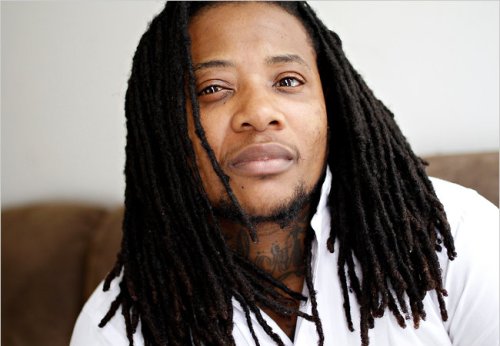 What makes the situation even more complicated is that New Jersey is one of the very few states that actually does have anti-discrimination language protecting transgender people from job discrimination – one of only 12 in the US. And New Jersey is the only state that has an apellate precedent that clearly states that transgender and/or transsexual people should be treated as the sex that they identify with.

In MT v. JT, 355 A.2d 204 (N.J. App. Div. 1976), a New Jersey appeals court held that “if the anatomical or genital features of a genuine transsexual are made to conform to the person’s gender, psyche or psychological sex, then identity by sex must be governed by the congruence of these standards.” Almost every other court in the U.S. that has considered the issue has gone in the other direction.

But Devoureau’s boss claims that in this case, due to the sensitive nature of the job, it’s an absolute requirement that Devoureau be male — but by that they don’t really mean “male,” they mean their genital-focused definition of “male.” So, due to whatever seems to be nothing more than hearsay, Devoureau apparently isn’t “male” enough.

It’s very rare for any case like this to actually go to court; in most parts of the country, legal protections for trans people are so pitiful that there would be no point. It’d just be an exercise in being forced to reveal personal medical history in a courtroom while paying for expensive lawyers. But New Jersey’s case is so unique that this lawsuit has a better chance of creating a previously unheard of precedent than any before it.

Hiring discrimination and transphobia on the job are huge issues for the trans community, and a large part of why they have such disproportionately high levels of homelessness and poverty. And as is always the case, the situation is even more dire for trans or queer people of color, who also have to bear the brunt of the institutionalized racism of the job market. If Mr. Devoureau can win this case, it will be a huge victory for a community who have been denied equal protection under the law for far too long.

Also interesting is the idea that Devoureau’s employer clearly harbors of an inherent and unchangeable fact of sex tied to gender – that even though the powers-that-be had agreed that Mr. Devoureau is in fact male, and had affirmed this truth in every place that the government records sex or gender, this was still understood to be in opposition to some ineffable truth of ‘real’ gender. How will that point of view be defended in court, and with what evidence?

This case has all the signs of being historic in terms of how the law deals with sex, gender, and identity; we’ll all be watching it closely, and wishing Mr. Devoureau the best. His efforts are an opportunity to change the future for a lot of people, and he knows it. “They were judging me for who I am, not for the job I was being asked to do, and that’s wrong, and I was hurt,” he said. “I’m doing this so everyone knows it’s wrong, so it doesn’t happen to anyone else.”