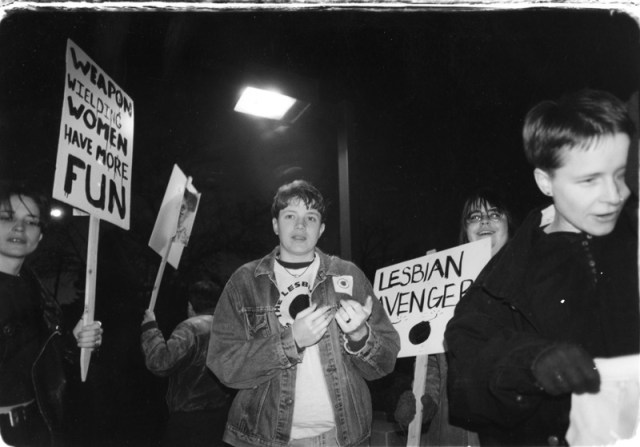 “In my years with the Minneapolis Lesbian Avengers, we defaced anti-choice billboards, participated in visibility actions at schools, constructed a giant paper machè bomb piñata filled with lube and dental dams, helped plan the first of many Dyke Marches, designed and built a boat out of milk cartons for the Aquatennial Milk Carton Boat Race (dubbed The “Lez Boat” and pronounced with a hard “z” – no mystery there) and ate fire on countless occasions.” 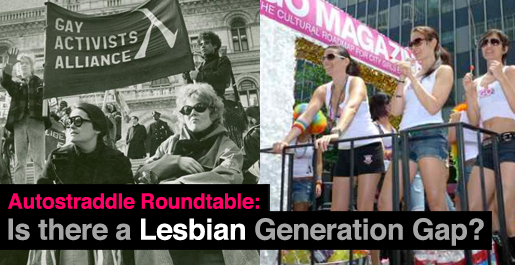