As studios and networks have finally begun to grapple with the shocking reality that audiences enjoy watching women go on adventures, we’ve seen an influx of female protagonists on superhero television in the last year. And while Agent Carter, Jessica Jones, and Supergirl have all been emphatically pushing the conversation forward, another hero took a quiet and revolutionary step earlier this month. Kate “Batwoman” Kane made her cinematic debut in Batman: Bad Blood, the latest film from DC Universe Animated Original Movies (DCUAOM). 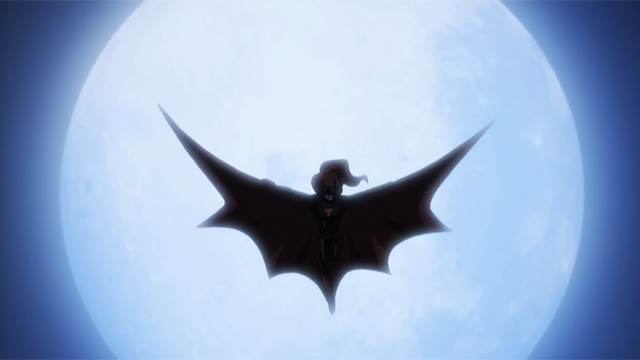 DC Comics has had a tempestuous relationship with Batwoman since she came out as a lesbian in 2006. It was all supporting roles and pats on the back for diversity, until 2009, when writer Greg Rucka and artist J.H. Williams III took her out for a leading lady spin in Detective Comics and grew her into one of DC’s most compelling characters. Her seven-issue Detective Comics arc — which detailed her journey from teenage socialite to celebrated West Point cadet to Don’t Ask, Don’t Tell victim to caped crusader — was collected into the graphic novel Batwoman: Elegy. It quickly became a critical and commercial success, pulling down Eisner nominations and a GLAAD Award, and earning a foreword from Rachel Maddow. From there, DC launched Batwoman’s first post-coming out solo title, and that’s when the real drama started.

The book was never what DC wanted it to be. Williams and his new co-author, W. Haden Blackman, had big plans for Batwoman, including an epic romance between Kate Kane and Detective Maggie Sawyer. Even though it was unheard of for a Bat-family character to exist outside of Batman’s whims, they wanted the creative freedom to tell Batwoman’s story without having to center her arcs on whatever was happening in the Dark Knight’s books. After all, Batwoman had taken over Detective Comics because Batman “died,” and she’d done brilliantly with audiences without him. For a while Williams and Blackman had their autonomy, but DC grew increasingly frustrated at their unwillingness to compromise on their vision and drew a hard line in the sand when Kate proposed to Maggie. Batwoman was not going to marry her girlfriend, no way, no how.

The book tanked soon after a new writing team took over, and DC finally pulled the plug on Batwoman in late 2014. 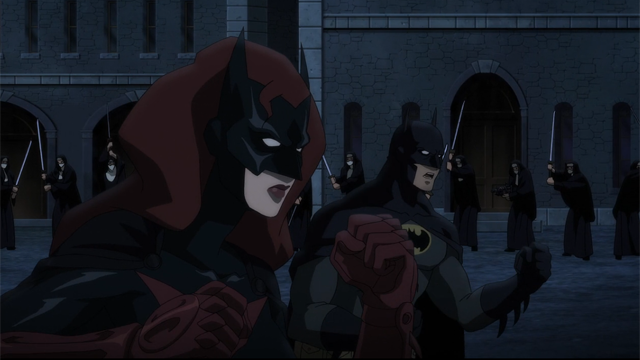 She’s been around a little since then, most notably in DC’s World War II-era alternate universe series Bombshells, but she’s barely seen present day Gotham, where everyone else in the Bat-family enjoys fighting crime in their solo books.

So it’s surprising that Batwoman appeared in Bad Blood at all, and downright shocking that the movie was created, in large part, to fold her into the modern Bat-family. Bad Blood opens with Batwoman and Batman teaming up to fight a new villain named Heretic, who gets the best of them both, ultimately “killing” Batman after he launches Kate through some warehouse windows and into the harbor to keep her out of Heretic’s clutches. Though she has always preferred to work alone, Batman’s disappearance forces Kate to drop her guard and team up with Dick Grayson (who sheds his Nightwing suit for the Cape and Cowl), Robin (in his current Damien Wayne incarnation), and the newly minted Batwing (who is Lucius Fox’s son, Luke Fox) to solve the mystery of Batman’s “death.” 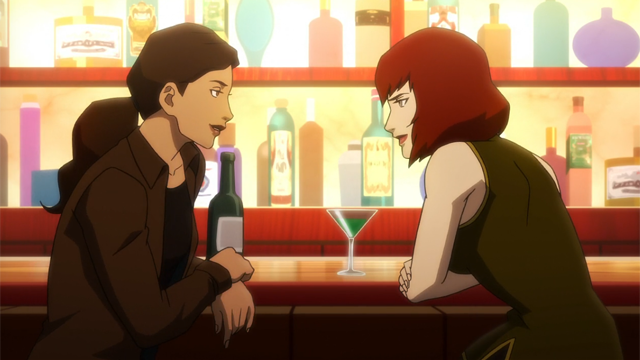 That Autostraddle scissoring tank looks good under that blazer, girl.

Bad Blood doesn’t start at the beginning of Kate’s story; rather, it introduces us to it through a series of flashbacks and tidbits of research it turns out Bruce Wayne has done about her over the years. It’s all there: The “death” of her mother and sister, her expulsion from West Point, her spiral into a booze-fueled depression, and her decision to make something of herself after she met Batman for the first time in a drunken, dangerous stupor in a Gotham back-alley. And it presents her whole story against the casual, matter-of-fact backdrop of her sexuality. It is not a big deal to anyone inside the Bat-universe; in fact, to them, Kate being gay is the least interesting thing about her. 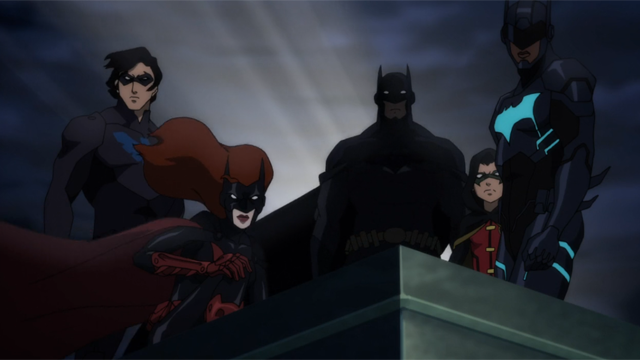 In Bad Blood, Kate goes to a gay bar and flirts with Renee Montoya; she chats with her worried father about how he just wants her to find a good girl and settle down; she jokes with Dick about how it took her a long time to figure out women, too. And at the end of the film, she’s the only character whose happy ending includes a romantic interest.

Both Renee Montoya and pre-New 52 versions of Batwoman occasionally appear in animated Batman movies and TV series, but none of them have openly discussed gay stuff. Our Trans Editor, Mey Rude, has written extensively about the importance of all-ages queer representation on TV. And while we’ve seen enormous strides in recent years with Legend of Korra and Adventure Time, and most especially with Steven Universe, there’s something extra special about having an animated lesbian character fighting alongside Batman, and accepting her place in the larger Bat-family in what will surely translate to more appearances in these beloved DCUAOM movies.

You can buy Batman: Bad Blood on DVD or BluRay, or download it on iTunes.