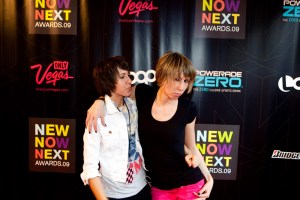 Hi kids! It’s me, Riese, CEO of Ideas here at Autostraddle “We Make Lesbians Cool” Dot Com. Last night I drunkenly uploaded superstar photoblogger Robin’s first-rate photos from the NewNowNext Awards and drunkenly wrote captions for said photos, thinking half-consciously that I’d fix the captions in the morning. But then I decided it would take less time to not change a thing. Except for the caption that said “who the hell is this guy.” I fixed that one. I know who he is now. 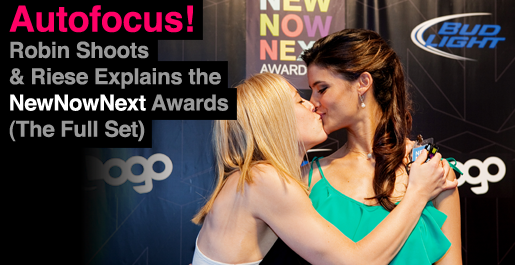 Let’s begin! Logo’s Second Annual NewNowNext Awards, which includes honors such as “The OMFG Internet Award” and the “Because You’re Hot Award” (it’s like a gay yearbook!) were filmed May 20th (here’s who won) and the ceremony will air on Logo on June 13th. I’m gonna tell you all about these homos so you don’t have to do any fingerwork on your own. Save your fingers for finger-blasting.

1. This is Wendy Williams: she won “Most Guiltiest Pleasure” for her radio show, The Wendy Williams Experience. Losers include Burn Notice, RuPaul’s Drag Race, The Real Housewives … and The Room. I haven’t seen any of those things, because I’m innocent and there is no pleasure in my life. For some reason Intervention was not nominated. 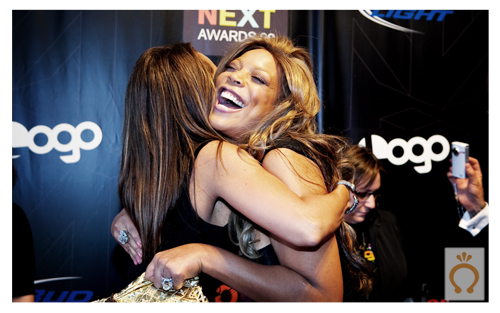 2. These are the Paradiso Girls, a quintet constructed by Robin Antin, who also invented the Pussycat Dolls. Their first single is a triumphant experiment in product placement called “Patron Tequila,” featuring Lil Jon. 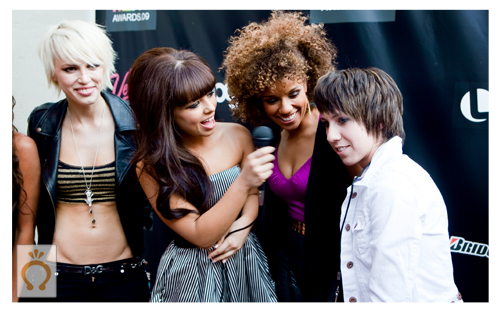 They were all super sweet to us so I was going to play along in the write-up (these five ladies from all around the world came together organically to share a love of music, fashion, ginger and babies!) but then I read the lyrics of Patron Tequila and my head exploded that there are women willing to stand on a stage and sing those words to an audience of other human beings. That being said, a job is a job these days, so props to them for employment. 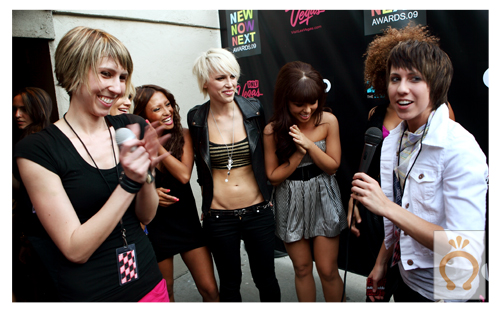 Here’s the lyrics: “Hey girl / I got bud we can all get fucked up tonight (get fucked up tonight) / By the end of the night / Imma have you drunk and throwing up (hey! ) / By the end of the night / They said what you drinkin’? (what you drinkin’?) / Let me buy you a couple of rounds …” and so on. In our interview they said the song was about going out and having fun with your friends. LIARS!

3. Anyone wanna take me to see Avenue Q? It looks cute! 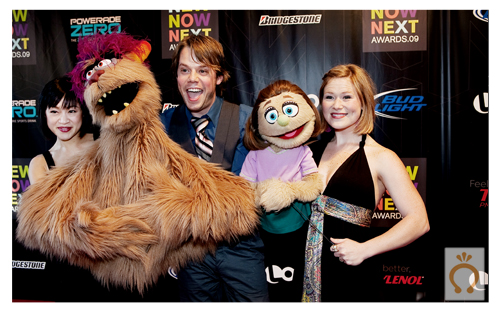 Avenue Q Says "Muppets Are Better Than People!" and we agree

4. Cheyenne Jackson is a beautiful human being. In addition to being a stage-star in shows including Damn Yankees, Xanadu, Altar Boyz, Aida, Thoroughly Modern Millie and in shows/movies including Ugly Betty and United 93, he’s a serious gay activist. 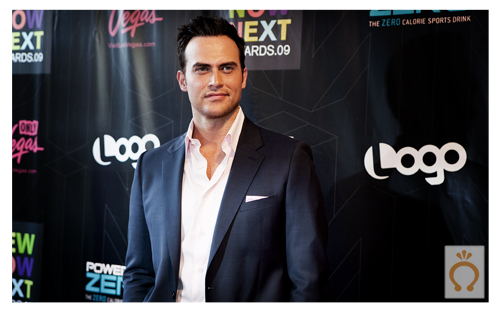 5. Christian Siriano was on Project Rungay, and much to the chagrin of transgender activists everywhere, cultivated the term “hot tranny mess.” Now he has his own collection, which I’ll never be able to afford. 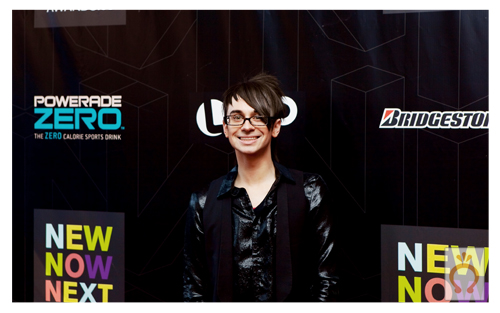 6. Gimme Sugar was a groundbreaking television program that signaled a new era for lesbians by boldly declaring that we too deserved a semi-staged docu-drama about hot people making out, fighting, getting dressed, getting undressed, drinking, making out, and fighting! This girl Davonee has “gone platinum with her player status,” according to the website. She also kinda looks like my ex, except with the opposite personality, which is weird. 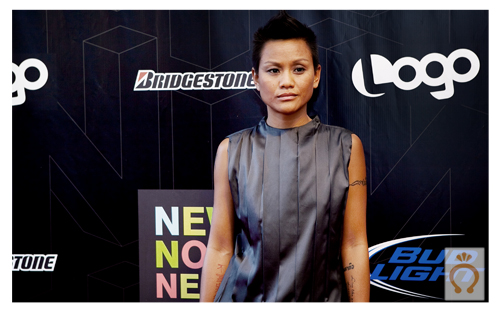 7. Everyone knows who Eve is, right? Right. 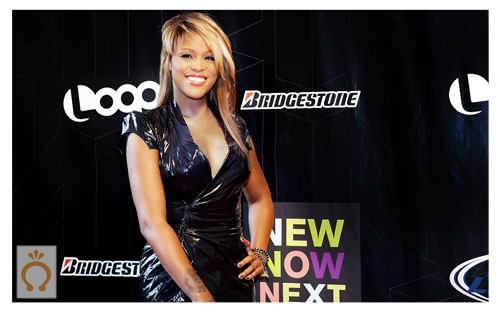 Eve was the most famous person at the NewNowNext Awards

8. Hiiiiii! Lisa! That is a lovely flower in your hair! 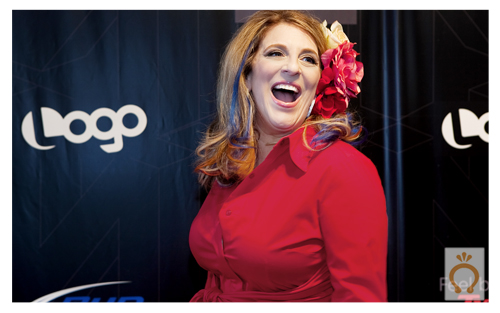 9. Hellooooo nurse. I would like to stick my finger in your elongated ear. 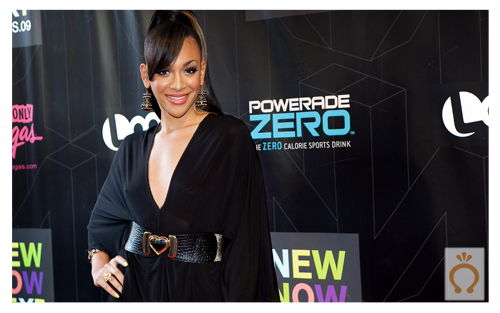 10. Jessica Clark & Lacey Stone are hot. How hot? Well, Jessica Clark snagged the BECAUSE YOU’RE HOT AWARD. You’ll hear more from them in our video! 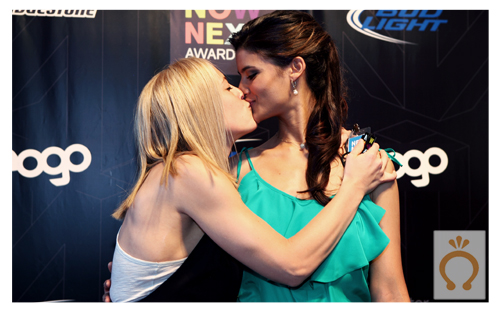