Morning, friends! Guess what? I’ve got lovely news. Today is one of those good days! No, not the Sunday Funday kind. The kind where approximately fifty badass and talented women have decided to lipsync to a politically relevant 1960s pop hit for you. It’s a gift! Go ahead, open it:

This pro-Obama Women Voter Call to Action PSA is the brainchild of cabaret artist and Citizen’s Band cofounder Sarah Sophie Flicker (she’s the one in the flower crown) and filmmaker Maximilla Lukacs, and like others we’ve seen recently, is much better than the higher-budget ones that have been put out this election cycle. For one thing, it has bypassed the ordinary Very Grave Piano Music in favor of Lesley Gore’s pioneering feminist anthem, “You Don’t Own Me.” That song is a better pump-up than coffee, which is lucky, because it’s going to be stuck in your head all day now. 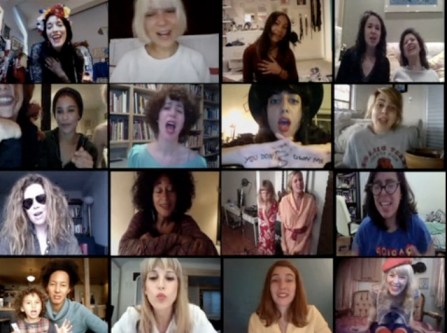 For another, it’s a showcase of very cool people being goofy on their webcams for a good cause. I don’t know if it’s the nostalgia factor or the populist charm or what, but something about seeing celebrities eat noodles in sweatpants and play with their guinea pigs and try to outdo each others’ ferocious lip-sync faces just charms the heck out of me (even when I don’t recognize them – who are you, queer-repping polka dot girl?). They just keep popping up! Hey, Miranda July, may I borrow a book? Wait, Tavi Gevinson, can you even vote yet? Blink and you’ll miss one. (Yes, that was Carrie Brownstein in red plaid and a smile). It’s like Whack-A-Mole, but with artists/musicians/writers/fashion designers in place of the plastic moles, and rather than clobbering them, you just swoon repeatedly. I guarantee you will have two to eight new crushes by the end. 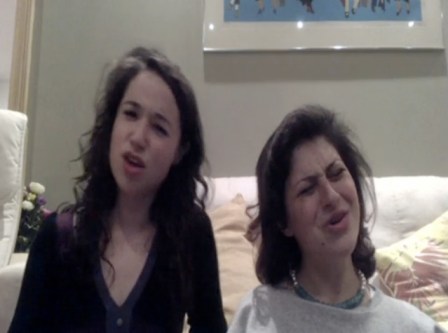 Finally, there’s the message, which is clear, simple, and well-expressed via intertitles and cute signs: women wield a huge amount of democratic power (in 2008, 60% of voters were women!) and we should a) use it, in general, and b) preferably to support candidates who will then support us, by fighting for equal rights, equal pay, and health care that belongs in this century. As Lesley Gore puts it, “I recorded You Don’t Own Me in 1964 . . . it’s hard for me to believe, but we’re still fighting for the same things we were then.” 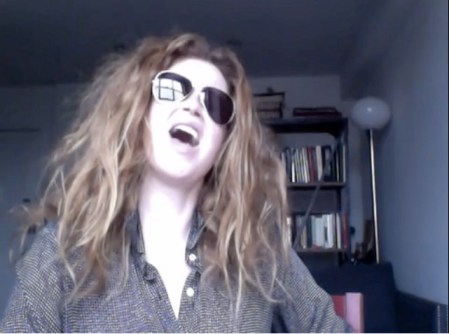 NATASHA LYONNE IS STILL ON THE LAM FROM TRUE DIRECTIONS

But hey, we all know this. And I know we’re all going to vote and vote and vote some more. But, first, one more time, with Instagram-tinted feeling – “DOOOOOON’T TELL ME WHAT TO DO!”  (Vote, though.)