Voting should be easy, but it doesn’t always feel that way — sometimes the political process can be overwhelming and you may even wonder if your vote counts at all. To add to all that, some rich white guys are trying to make it harder to vote so that only they can take part in elections. I call shennanigans on them and say let’s queer the polling places! In that spirit here’s your comprehensive guide to voting in the upcoming 2012 Presidential Election. 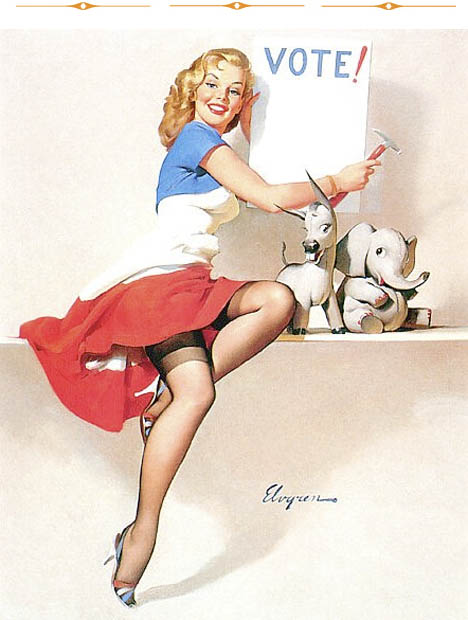 Vote because she tells you to! via nadinethornhill.wordpress.com

When is the presidential election?

It’s on Tuesday, November 6th 2012. Polling hours are different everywhere, but that’s the day. Because I grew up in a public-service oriented household where we celebrated our right to vote by partying like it was 1999 every single year, I’ve already requested off the entire day. And you know what? I’ll def be requesting off the next day too because I’m going to be hung over regardless of which candidate wins. If I don’t spend the night of the 6th drunk off of sheer gay joy, it’ll be shame and terror that does me in.

Am I eligible to vote?

To vote, you have to be at least 18 years old and a U.S. citizen. Some states will let you register to vote when you’re 17 years of age if you’re going to turn 18 before the election actually happens. Each state also has its own residency requirement to register to vote.

How do I register to vote?

Answering this question on a Federal level is a little tricky, because each state actually controls its own voting laws. I’ve included a list of how to find out what your state’s requirements are a little later on, but there are some things that apply to every state. The National Mail Voter Registration Form allows you to register to vote by mail in every state except for New Hampshire, North Dakota and Wyoming. U.S. Territories do not accept this form, but I’ve included information on their election offices below so you can ask them how they’d like you to register. Filling out this form is easier than filling out your OKCupid profile.

You can also register to vote in person at the following locations:

Some states also allow you to register online, which I think we all know is preferable because the world barely exists outside the internet.
Each state has its own registration deadline, which you can find on the National Mail Voter Form or by contacting your state election office. One thing is for certain: regardless of your state, you want to contact your election office at least 7 weeks prior to an election to make sure you are registered to vote and to ask what to do if you are not. 7 weeks means by September 25th, y’all. I’m personally challenging you to get it done before the end of August. If you’re going to A-Camp, have this done before A-Camp.
What should I bring with me to the polling place?
It’s really up to your state, but everyone should go equipped with a current, valid photo ID such as a state-issued driver’s license or a passport and a current utility bill, bank statement, paycheck, or other government document that shows your current address. Please be aware that many states have passed new ID laws this year in order to make it harder for you to vote!  Please research these laws in your state, which may require you to have a specific type of ID to vote that you don’t already have or that you didn’t need to bring with you before. If you are registering for the first time, you will need to show your ID and your utility bill/bank statement/pay check. If you are voting by mail, you may have to provide copies of the above documents when you mail your form in.
Where the f*ck do I vote?
Everyone is assigned a polling place based on the home address you list in your voter registration, so this is a super individual question. You must must must check with your state or local election office to figure this out, but your polling place should be fairly close to you because that’s how elections roll. Some states also have this sort of drop box that you drive by and pop your ballot into. It’s called a ballot drop site.

What if I can’t make it to the polling place on election day? 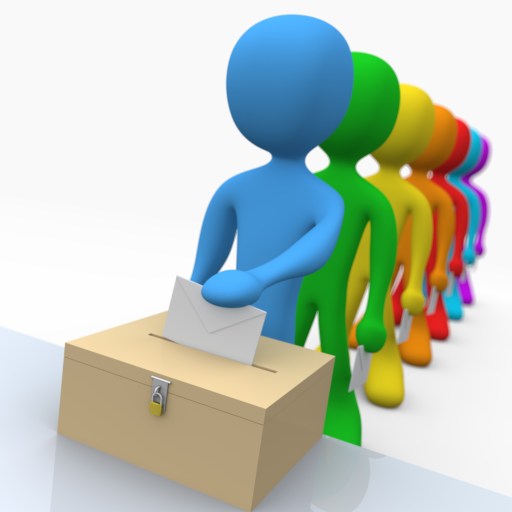 Look at all these queer votes we could cast! via neodemos.com

What is voting absentee and how do I do it?

Absentee voting is this great thing where, if you can’t make it to your polling place on election day, you can just mail your ballot in and be done with it. The thing is, each state has its own rules for who can do this and what situations qualify for absentee voting. But every state does it. Some states have rules that restrict absentee voting to those who are ill or totally absent from the state on that day, others allow anyone to cast an absentee ballot. Every state also has a different deadline for absentee voting, quelle surprise. You can definitely, no matter what, vote absentee if you are a uniformed soldier and you are deployed, you are temporarily living overseas, or you are old or disabled and cannot easily make it to your polling place.

Can I vote early?

Voting early is done in person at a polling place or a ballot drop site. You cast your vote like normal, you just do it before election day. Hence the “early” part of early voting. Each state has rules and regulations for early voting and dates and times may even vary between counties and districts. Don’t worry, the big long list of state election offices is coming soon. You can unleash all these questions on them.

But all these rules are different state to state…how do I know what to do where I live?

Here it is! Here’s the list I promised you!  It’s long, but it’s alphabetical.  Find your state to get more specific instructions on how to vote!

For the Extremely Civically Minded

How do I volunteer at my local polling place?

Did you know this is a thing you can do? Poll workers set up voting equipment, verify registrations, and teach people about how to use the voting equipment. At the end of the day, poll workers close up shop, prepare elections materials to get shipped out to the voting office and submit their polling place results. Typically you have to be a registered voter to work at a polling place, but some states allow you to work when you’re in high school, and some states even pay you! Find out more at your state or local election office.

Where can I have an socio-political, slightly existential conversation about voting?

In the comments, natch.

Why should I vote?

I grew up in a fairly politically active household. My parents both had careers in civil service and they were both public sector employees for their entire work lives. My mother cried when I first pulled the lever to vote for the first time, and said that she felt she’d succeeded as a parent because she raised a Democrat. When I expressed a desire to get out of jury duty, my father wouldn’t speak to me because he thought I was shirking my duty as a citizen. It seems like a lot of effort, this whole voting thing. You have to fill out forms, make sure you have ID, go a place you may not normally go on a day you may be busy. But your country is home to your community, and we all need each other to keep making this place livable for queers and to push for our rights and our needs as human beings. By helping officials get elected we are ensuring that someone will be there to fight for us, to enact policy that moves us toward a more inclusive world. And people are trying to make it harder for you to vote this year! Why? Because your vote is powerful and dangerous; they are doing that on purpose. Will we let them? Hell no. Your vote matters. You should cast it. 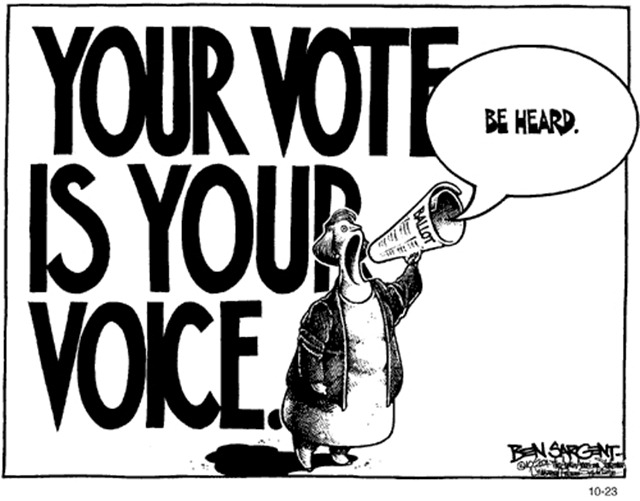