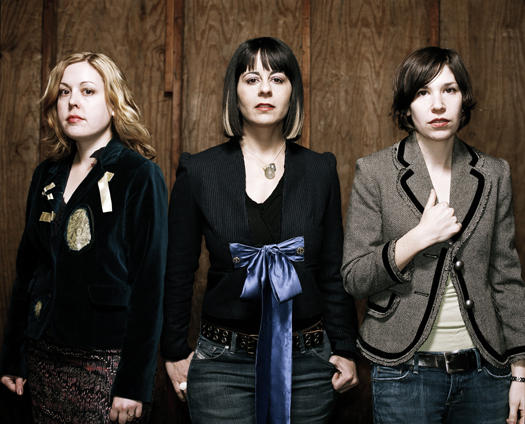 Once upon a time, I was but a humble genteel pseudo-straight southern ladyperson fumbling her way haplessly through the Texas suburbs, one Coors Light at a time — and sometimes two.

Then Riot Grrrl blipped onto my tiny radar screen. What a vast turn of vast sonic fortune! A few crackling, third wave feminism-infused listens in and I suddenly wanted to rip my life right open, turn it inside out, and wear it like a fucking animal pelt. So I did.

We were (t)here, we were queer, and we had some rad fucking mixtapes! Sleater-Kinney quickly became the nexus of all that was good and pure and pumped through a ’92 Chrysler LeBaron convertible’s speakers. If we knelt it would have been at the rock-altar of our alt-holy trinity: Corin Tucker, Janet Weiss and Carrie Brownstein. (I’d cross myself but I don’t ever remember if you start on the right or the left.)

Now the time has come to pay tribute to Sleater-Kinney, and we shall do so via a convoluted series of causal chains manifesting into (1) playlist. While a straight-up S-K throwback mix would be its own flavor of perfect, instead enjoy this Our Chart-esque melange of S-K adjacence. Feast your ears on these ragged intersections, former bands, side projects, evolutions and devolutions — because it’s high time you tended to that Hot Rock burning a hole in your pocket. 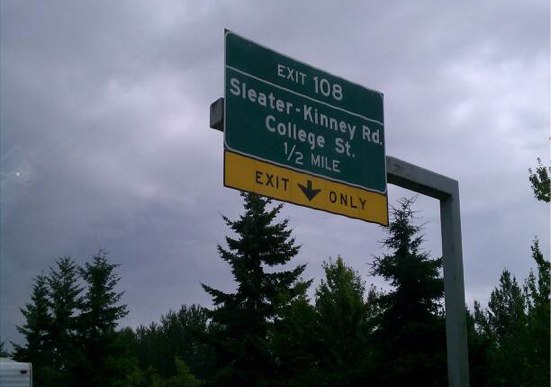 having a moment, brb

2. Forever 28 – Stephen Malkmus and the Jicks

11. The Age of Backwards – The Spells

Don’t be shy, go on and share your fondest Sleater-Kinney-adjacent memories in the comments. Do you remember where you were when you heard they broke up? I don’t, but probably I wept into my hands, right there, where I was. Want to suggest a playlist theme? Hit Crystal up on Formspring and someone on the team will make it for you.