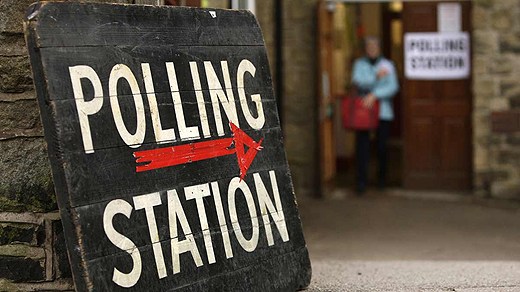 When I moved to college, I had an agreement with my parents. I would not switch my voter registration to my college town until my brother was out of high school. It seems like a funny thing to care about, but here’s why: the Presidential election isn’t the only election counts. In fact, there are other elections that hold way more sway over the average person’s life. In the case of my little brother, the school board election had a direct impact on his day to day, and even his future. Decisions made about our education system begin on a local level, even if they’re impacted by state and federal politics. And there are a fuck ton of other decisions that your local politicians are directly responsible also. So with the upcoming U.S. Presidential election getting All The Press And Attention, here’s a few reasons why you shouldn’t let your local election go unnoticed.

Picture your vote as a marble. In our current American (flawed) two party system, your vote is probably either a red marble or a blue marble. Mine’s a blue marble, if you couldn’t tell. Let’s pretend that when you vote, your marble gets dropped into a bag with all the other marbles from all the other voters. In the 2008 Presidential Election, your marble would be in a bag with 132,618,580 other marbles. That’s a boat load of marbles. In my home town, the population is 4,581. Now I’m not sure the ages of that population, but let’s assume the worst statistic: let’s pretend every person living in my home town is of voting age. My marble is now in a bag with only 4,581 other marbles. Let’s pretend that by some miracle of science the bags weigh the same (this makes sense in my head, because local elections and presidential elections are the same amount of really important.) Where is your vote going to represent more weight? Where it is 1/132,618,580 or where it’s 1/4,581? Catch my drift? Your vote means more in a local election just because math. 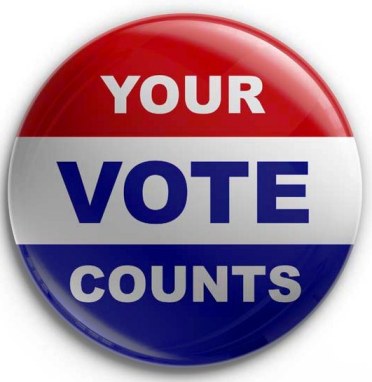 Your Planning Board Can Knock Your Ish Down

Ever heard of a planning board? Neither had I, until they planned to allow developers to pave over the wetlands behind my parents’ house. City and County-wide planning boards are responsible for decisions regarding the physical development of your environment. They have impacts on things like whether or not your neighbor can build a 12 car garage and run a garbage dump in his backyard (and therefore in yours,) or preserving farmland. And yes, whether or not developers should be encouraged to pave over protected nature.

Your Town Council Actually Does a Thing…

The town council and the mayor were actually the ones that put a stop to the destruction of the wetlands. And according to the website, Flemington’s town council is also responsible for things like Historic Preservation, Codes, Zoning, Fire Safety, Animal Control, Sewers and Sanitation, and Community Economic Development. To get a well rounded picture, I also looked up Pelham, New York and Springfield, Illinois, which also contributed Library Board, Town Memorials, Water Management in the case of drought, High Speed Railways, and Police Departments. Plus, your town council people are also super accessible to you. You will probably never get to share your feelings with President Obama about healthcare, but you can bring your dirty tap water to a town council meeting in a mason jar to prove that a construction company is out of line (this is a thing that has happened in my presence at a town council meeting). Other people that do things can include your sheriff, who is generally responsible for training police officers and enforcing laws. This can be a big deal for the queer community! You want a sheriff in power who, say, understands hate crimes or trans* issues because they’re going to responsible for imparting that culture to your police department.

…and So Do Ballot Questions.

Ballot questions are specific issues to be voted on, not candidates. Some are state-wide: for instance, Maine is voting on whether or not to overturn a ban on gay marriage, which is Really Important. Some are county-wide and often have to do with fundings for school districts (which kind of ties in with the next point, see below.) Either way, sometimes the way that ballot questions are worded can be confusing and they often require a little research. Luckily, if you are registered to vote, you will get a sample ballot in the mail so you can basically practice. You can also stop by Ballotpedia to get a list of ballot questions by state. 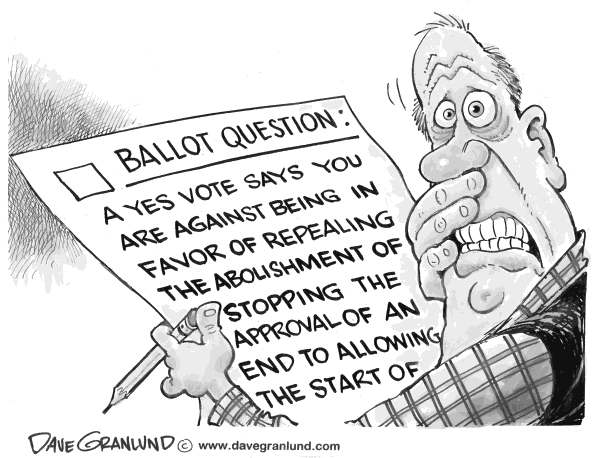 Perhaps you are a queer with children, perhaps you are not. Either way, these humans in your local school are going to be running things some day. And in my hometown, the school board / superintendent have tried to do away with school librarians. Think about the scary, scary world we would have if people didn’t know how to research. School Boards also approve curriculum, meaning your school board is directly responsible for whether attendees know gay people exist. And School Boards are all decided in local elections. And finally…

If You Doubt The Power of Local Elections, Watch The Times of Harvey Milk