My last week of boarding school in Northern Michigan was consistently sunny and temperate in the way seven consecutive days rarely are anymore. It was warm enough to sneak off-campus to the State Park, where we could smoke cigarettes and eat congealed Nachos out of styrofoam containers and hold hands desperately for no reason, scared to leave each other for our third-choice colleges or conservatories and scared to talk about how scared we were. It was warm enough to make out in the woods and for my favorite writing teacher to take us across the lake on his boat, and for my boyfriend and I to have an epic fight on the dock that ended with him throwing my favorite water bottle into the deep beyond, an action for which he will never be forgiven.

I’d always loved leaving because I never liked anywhere I’d ever been, but I didn’t want to leave that place. Still, I didn’t cry at graduation even though everybody else did, but after sleeping through the whole five-hour drive home to Ann Arbor I cried the whole night, unwilling to unpack literally or metaphorically. I was in the class of 1999. So then it was the summer of 1999. 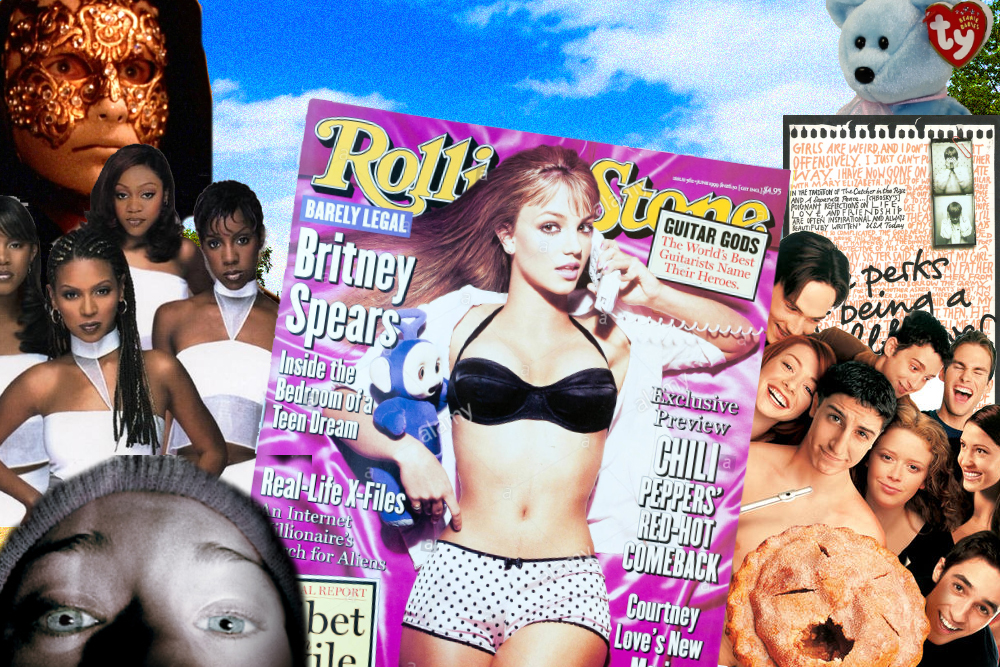 The Daily Beast wrote that the summer of 1999 was “our last innocent, giddy summer.” The economy was booming, Clinton had survived impeachment, everybody was collecting Beanie Babies, Britney Spears had recently unleashed her iconic bubble gum pop and sweet schoolgirl smile upon us all and Destiny’s Child was just getting started.

“May to September was a time to take nothing seriously,” writes Nathan Webster in The Daily Beast, “to simply enjoy summer days that were vapid and ridiculous, innovative and exciting. Like the long-dead refugees from the Roaring ‘20s, we didn’t know it may never be that good again.”

It’s funny, that idea, ’cause I wrote in my diary at 3:41 AM on June 6th, 1999, with the precise authority of a 17-year-old, that “the world is going downhill” and that “I think we were okay in like, 1997, and then all of these kids started to shoot each other.” I was talking about Columbine, which happened in April 1999. I continued, inexplicably: “But the world is good now because we have low-fat cheese and computers that don’t weigh very much and we can find out anything on the Internet. There are some wonderful magazines and books.”

I think my summer of 1999 was actually about what Webster says it wasn’t; fear that “it” (what? I didn’t know.) would never be that good again. It was about tentative hope for a future where I could indulge my hungers, literally and also for experience, which Drew told me was “the bread of a writer.” This was the summer I decided I needed six-pack abs, and also that I wanted to be a writer.

I worked at GapKids and wore Victoria’s Secret camisoles with built-in bras and hung out with my friends Jake and Zach, who’d gotten into their first-choice colleges. They played in bands and read Borges. We climbed the roofs of elementary schools, saw indie films downtown, drank milkshakes at Tio’s, and they tried to get me to understand how “listening to music” could be a stand-alone activity. Jake made me lots of indie-pop mix-tapes. I felt smart when I listed to them on my walkman, smarter than when I ran around the neighborhood listening to Britney Spears and “The Rockefeller Skank.”

Taste was important, and I wasn’t sure if mine was refined enough. I felt free when Zach told me he thought I had my finger on the pulse of our generation and that I should read Douglas Coupland, who Zach said had his finger in that same spot. I could become famous and successful like him without having to read Borges, I guess. Coupland is responsible for popularizing the term “Generation X.” He writes about “mass culture” and is a “satirist of commercialism.” Jake lent me Life After God, and I never gave it back. Coupland definitely wouldn’t have agreed that 1999 was an innocent summer, only that in 1999 we were able to pretend like it was an innocent summer.

I really saw myself in two pieces, then — like one side was an artist who wrote about death and bodies of water and took abstract Polaroids and listened to The Magnetic Fields and read Raymond Carver and the other side was an idiot who read Bridget Jones’ Diary and shopped at Abercrombie and took notes from fitness magazines and listened to Britney Spears. (This was 1999, remember, so it was okay to be this torn up about your authenticity as an artist, and whether or not your job was “soul-sucking.” By the time we graduated college I would’ve done anything for a job, any job at all, my soul was up for grabs! It seems so indulgent now.) That’s why it mattered so much when Zach recommended Douglas Coupland, because Coupland’s book covers were sometimes the same color pink as Britney Spears’s pillow-bed on the cover of Rolling Stone.

I think Jake’s parents subscribed to Rolling Stone — I’m not sure, just that somehow that legendary April 1999 issue was on their side table, the one where a 17-year-old Britney Jean lay atop hot pink satin sheets, clad in only polka-dot hipsters, a glossy black bra and a suggestively splayed cardigan. She’s on the phone and also clutching a purple Telletubbie (!!!!). People were very disturbed about Britney Spears and whether or not she’d had breast implants. The American Family Association said the cover was “a disturbing mix of childhood innocence and adult sexuality,” which felt right. I mean: weren’t we all?