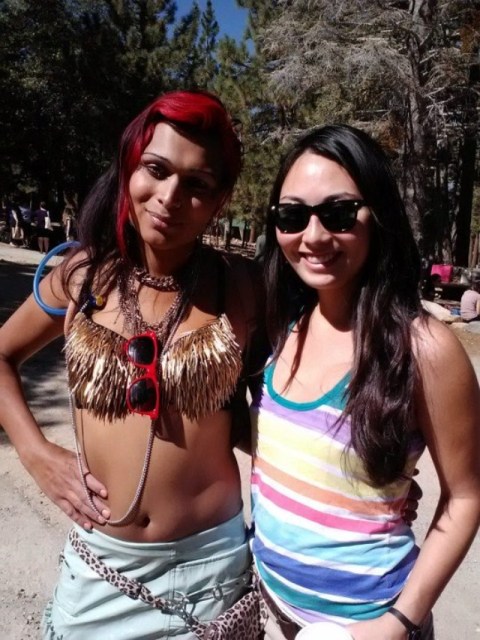 Laura: Don’t let the fact that I was “leading” friendship bracelets fool you. Campers had to teach me how to make Friendship Bracelets. I’m the queen of crafts, but I never learned how because when I was little, friendship bracelets were like the candy canes in Mean Girls. The more popular you were, the more you got. I was always afraid I wouldn’t get any, so I never made any so I wouldn’t feel bad if I came out empty-wristed. In retrospect, that’s a shit way to live and so this time I jumped in. I made bracelets and I got bracelets and there were so many smiles. 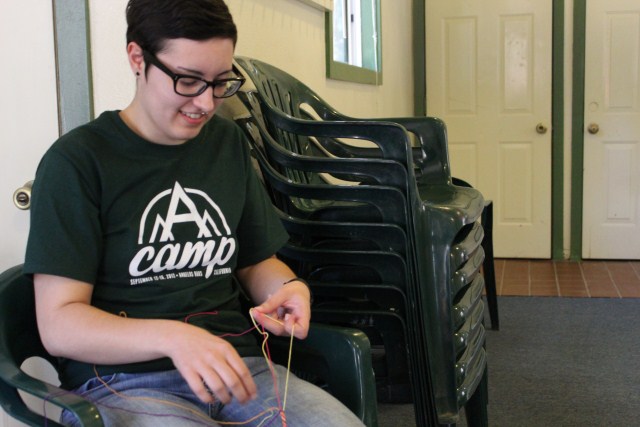 Carolyn: Geneva showed up for Meet & Geek with tons of themed name tags so everyone could flag their areas of geekiness was really great. I came up with Geek Bingo at exactly the last minute (sample categories: someone who uses Linux, wants to talk about DSLRs, can identify this typeface).

Morgan: We operated on one very simple rule: you will play human bingo and gab about all the things because we know you really want to, and we did so there. I recommended Babylon 5 to everyone, because it is my favorite sci-fi thang and by reading this sentence I have completed my sworn geeking duty. Also, it turns out Alphas and His Dark Materials are totally rad, neither of which I knew to be true pre-the meeting and general geeking. What a gift, to be surrounded by people who want to give my life more good shows and things.

Carly: Rachel Walker told me point blank that she loves robots more than I do, which was a lot to deal with but in the end, I think she was right. Topics discussed include, but are not limited to: The Hunger Games, iPhone vs Android, favorite Buffy episodes, Scully (the FBI agent, not Stef’s cat), programming and video codecs.

Cee: There were some seriously smart people at camp and I’m so glad I got to meet everyone. 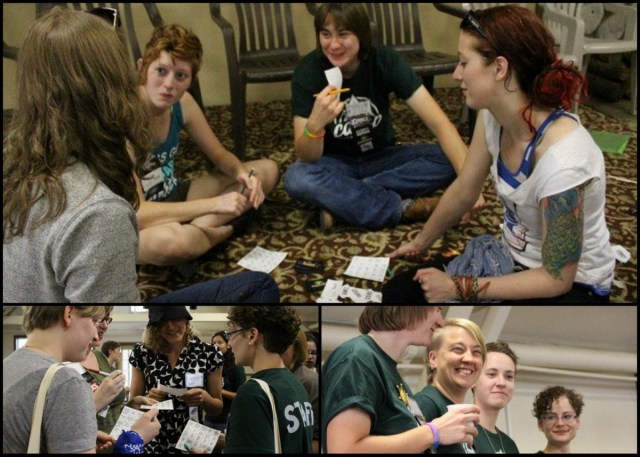 Haviland: On the very enjoyable/humorous Creating a Webseries panel were webstars Hannah Hart (My Drunk Kitchen), Sarah Croce (Unicorn Plan-It, Word With Girls) and m’self (Unicorn Plan-It, www.havilandstillwell.com). The room was packed, and everyone had lots of comments and questions. We discussed differences in creating content online vs. on television, how youtube works,  and general tips about self-producing. We were very happy to have many Unicorn Plan-It lovers there, who wanted to know behind the scenes gossip and spoilers, of which we gave loads. (totally, you should have been there. srsly.) The point was, “don’t dream it, BE it.” (Rocky Horror reference)

Sarah Croce: Hannah had a lot of very insightful information about youtube, hits, making money from your ventures, and how to deal with being a queer woman in a straight market. Haviland offered a lot of her creative knowledge both from working on Unicorn Plan-It and from working on television and movies and how the mediums differ. We had a lot of brilliant questions from audience members and a few attendees who had web series of their own already!

Haviland: Also, in this panel, Hannah named my A-Camp band, who would perform the following night – “Hav and the Hav-Nots.” 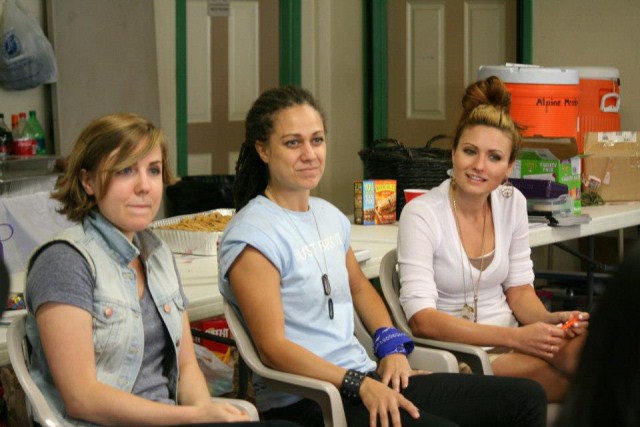 Laneia: Rachel and Megan had already established a synchronicity surrounding the set-up of High Tea — hot water, clean mugs, smelling tins. We use the same mugs each time (to cut down on waste) and I think the exercising bears mugs were especially adored this time.

Riese: Before I got pulled away from this activity to handle final accounting stuff with the Alpine guy before he left for the weekend (YES THIS IS A PATTERN), I was finally able to sit down with Marika and find out what the hell is up with her 567 allergies, which I’ve been wondering about ever since this comment on a post about April camp. 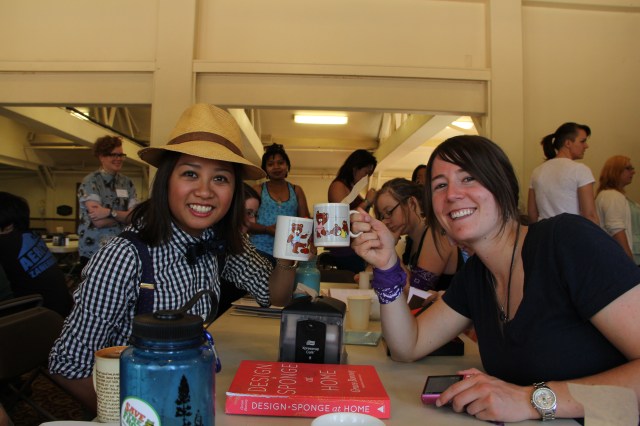 Daniela: Annika, Carrie, and I were part of the mini Non-Monogamy Panel. There were way more people than we expected so we changed the location like three times, and I made a bunch of really bad puns as a means of handling everything that was happening then.

Annika: This was a small panel (me, Daniela, and Carrie) discussing our experiences of being in poly/non-monogamous relationships. I was pretty nervous about talking with any sort of authority on this subject since my girlfriend and I don’t really have a lot of actual experience with being poly, but it went really well! The discussion quickly turned into group therapy time on how to resolve trust issues and deal with jealousy, which is something everyone could relate to.

Daniela: I really enjoyed hearing about and discussing the multitude of ways people can or want to include non-monogamy in their lives. My favorite part was by far the fact that the questions didn’t stop after the panel had ended and I continued to discuss and geek out about non-monogamy throughout the rest of camp -the amount of different opinions and perspectives never ceases to amaze me. Also, now I have like ten different ideas for organizing the panel next time.

Camper Quote: “My personal Magical A-Camp Moment: Hearing Daniela’s story about her relationship dynamic during the Non-Monogamy panel… for ages I had felt like a *freak* because of [my relationship status], like I was doing relationships wrong or something. I talked to Daniela about it, with all these pent-up feelings I never got to really share properly with anyone, and she *gets it*.”

NEXT: Girls Get Wild… and Faggity!