When a bill was passed by California State Senate this summer designed to protect patients from the dangers of “conversion therapy” and those who practice it, it was no surprise that its passage was celebrated by everyone from legislators to queer activists. Also unsurprisingly, it was attacked by “ex-gay” supporters and anti-gay activists, who this month filed a lawsuit which describes the legislature as not a bill meant to protect citizens and most especially minors, but a “freedom-killing bill.”

This outrageous bill makes no exceptions for young victims of sexual abuse who are plagued with unwanted same-sex attraction, nor does it respect the consciences of mental health professionals who work in a church. We are filing suit to defend families, children, and religious freedom. This unprecedented bill is outrageously unconstitutional.

The group, the Pacific Justice Institute, has outlined a number of ways in which this bill conspires to kill both freedom as a concept and important parts of the constitution. It allegedly forces therapists to discriminate against gay kids, because if a straight kid wanted to bring “his or her sexual conduct and desires into conformity with [their] religious traditions, cultural norms, and moral standards,” they would be legally allowed to help them! (This is reminiscent of the argument that DOMA isn’t discriminatory, because straight people can’t marry the same sex, either!) ThinkProgress also makes the point that there’s no reason why gay teens still couldn’t bring the same sexual concerns, like porn viewing or sex before marriage, to a therapist — as long as it’s not about making them straight. The Pacific Justice Institute also argues that the bill prevents therapists from exercising “their independent professional judgement,” even when “the prohibited therapy is necessary to protect the life and health of the client or patient.” Seeing as every reputable source on psychological health and wellbeing has confirmed that conversion therapy poses only danger and pain for its recipients, it would seem as though we can place “worrying that conversion therapists might not be able to exercise their professional opinion to save lives via conversion therapy” pretty low on our list of priorities. 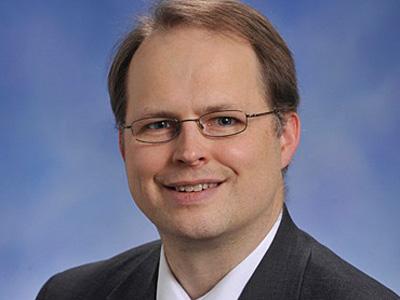 thinks being gay is a choice and also a lifestyle

Overall, the case as will seemingly be presented by the Pacific Justice Institute is ridiculous – the National Center for Lesbian Rights has called it “completely groundless” and “a desperate, last ditch effort to defend the indefensible.” So perhaps this is nothing to concern ourselves over – like the Prop 8 trial, it will be a circus of anti-gay misconceptions which ultimately serves to make our point for us. But it’s also worth remembering that just today, a Michigan state legislator was quoted as saying, when asked if homosexuality was a choice, “I think that the thousands of people that have been in that [homosexual] lifestyle and have come out would say that it was their choice when they were in it and came out of the lifestyle.” Confusing phrasing choices aside, the very existence of ex-gay therapy is still being used as justification for the fact that queer people are denied access to much of what straight people consider normal in life. Because we’re choosing to be in the portion of the population that doesn’t have those rights – if we really wanted to work without fear of being fired for our sexual orientation, visit our partners in the hospital, retain custody rights to our children, have medical treatment from practitioners who understood our needs, or feel entitled to basic safety and security, we’d just become straight.

News like this makes it clear that while California’s progress in this arena is excellent, it sadly puts the state far ahead of much of the nation. In the courts of California, at least, a conversation is now being forced to happen in which queer people can voice the fact that many of us don’t consider our identities in any way a choice, and medical practitioners can vouch for the fact that changing our identities is neither possible nor advisable. Hopefully, it’s a conversation that can force the pressure around issues of sexual orientation back where it belongs – instead of talking about how we could or should modify our identities to make others more comfortable, we should be talking about what we’re owed by our communities and our country. One of those things is medical care that accepts our identities as a given instead of calling them into question; maybe someday we’ll see that happen in the rest of the country, too.