Hello, and welcome to your 2018 Emmys Liveblog and Open Thread! Before we get started, here’s two things you already probably know but they’re worth repeating: 1) We held our own Gay Emmys this year and they were awesome. 2) As always, Riese has put together (and is constantly maintaining) a fall TV preview for all the queer characters.

Valerie: I wish literally any combination of the people who sang this opening number was hosting instead.
Natalie: Same.
Carmen: I know it’s all tongue in cheek… but I didn’t love that… because ain’t shit solved. And I don’t appreciate Colin Jost and Michael Che of all people pretending that we did
Natalie: No applause for them. None.
Carmen: A bad #MeToo joke! I won the bet! I want my money!

. @IamSandraOh said one of her biggest inspirations is @LenaWaithe who she just met & she’s carrying the impactful words Lena said to her yesterday all day today. 🙌🏽 #emmys
And I must say Lena’s words had the same impact on me when we met! 💯

Heather This is too boring to stay awake for! HERE WAKE UP! WAKE UP!

#AngelaBassett just made us GASP with this perfection. The #911 star hit the #Emmys in a white #AzziaAndOsta strapless gown. Gorge. https://t.co/r3ZroyEm0H pic.twitter.com/QZ1nDZiFf7

Carmen: Best supporting actor in a comedy! Let’s see if they finally give Titus the honor he deserves! (Spoiler: They won’t)
Valerie: Titus! Titus! Titus!
Carmen: Three black men nominated and the old white man wins? Sounds like the Emmys to me
Natalie: What if we all die of boredom during this Emmy broadcast? What then, Heather?
Valerie: Sorry no more TV coverage we tried to do an Emmys liveblog but our misandry overwhelmed us.

Carmen: OMG OMG
SHE WON FOR PLAYING THE BUTCH
FUCK YES TEAM GAY
Riese: is her character explicitly gay now??
Carmen: She’s very gay and very much in love with the main character!
Riese: oh wow
Carmen: That’s the ending arc
Riese: that’s so great!
Carmen: Also I would like everyone to officially tell everyone that Riese is the person who told me to watch The Marvelous Ms. Maisel and she was 100% right and I hope you all watch it. Alex Bornstein as Susie Myerson in Ms. Maisel fills all of my Janeane Garofalo gone butch dreams. So if that has ever been a dream of yours as well, I recommend it.

Cheers to Amy Sherman-Palladino AND her hat #Emmys pic.twitter.com/Q0jRKkapGV

Heather: Holy cats, she is so Lorelai Gilmore it’s unreal.
Carmen: This is #JusticeForGilmoreGirls (Natalie I also agree, Atlanta is getting robbed though) I’m so excited for all of our readers who are going to get addicted to Ms. Maisel now!
Natalie: I’m just saying, ASP: DO SOMETHING WITH SOME POC IN IT

Heather: Maaan. This is the same thing as last year: so many POC presenters, all white winners.
Carmen: THAT’S WHY THE SKETCH SUCKED, COLIN.
Natalie: I’m gonna need some of your wine, Valerie.
Valerie: Seriously.
Carmen: For the second year in a row the Emmys broke their own record for most diverse nominations, for the second year in a row they send all those poc’s home with no gold
No. More. Participation. Trophies.
Riese: Also like that show is good but it’s not THAT good

Carmen: Samira Wiley is such a celebrity that she’s doing ad campaigns in her instagram now like some kind of Khardasian!

Love this subtle, pop of color to my look for tonight’s Emmy Awards! Thanks to the Total Hydration Moisture + Tint in Pink Nude from @ChapStick! #ad #ChapStickPlease @SkincareForLips

Heather: Much better than when she played a lesbian who was SHOT THROUGH THE EYEBALL on The Walking Dead.
Carmen: ANOTHER PLAY GAY FOR THE WINNNNNNNNNNNN
Riese: butchy gay too
old-fashioned butch
Valerie: okay okay i’ll allow it. let it be known though, where my heart is. :shuri-emoji:

Cause of death: Constance Wu at the #Emmys pic.twitter.com/1mLB9JuGZR

Heather: CONSTANCE
WU
Carmen: WOW SHE LOOKS AMAZING
Valerie: what if constance wu somehow won that emmy
Natalie: Good Lord. Constance.
Carmen: What if Constance Wu even got nominated for an emmy???
What if the Emmy’s weren’t racist? what then?
Riese: i feel bored
Heather: yeah, this is boring as hell.
Riese: there are so many cool interesting shows happening and these are like, not those

Carmen: While we are at commercial, I would like to let you know that my one straight husband is a supportive bae.

Carmen: THAT’S WHAT I’M TALKING ABOUT, STERLING! FIX HER DRESS!
She will shine or neither of you will shine!

Valerie: betty white is the only white i want at these awards next year
Carmen: Hahahahahaaaaha! VALERIE!
Heather: amen!
Natalie: Yes!

Heather: WHOOOOOO!!!!!!!!!!!
Valerie: fucking finally
Carmen: FINALLY YES OMG
Heather: I SCREAMED
LORD I SCREAMED
Valerie: leslie’s joy!!!
Heather: LESLIE!!!!!!
Carmen: I Just went hoarse!
Riese: Leslie Jones is going to be a meme now
i’m here for it
Natalie: YES!!!!
Carmen: You can hear leslie screaming without the mic! I love how we love on each other
Natalie: I have loved her since 227 and will never stop
Carmen: Listen I stan one queen now.

Oh, uh. I didn't know some straight people were actually about to get engaged. Hahah! Sorry! Love is love!

9:45 p.m. Well, we’ve reached the point of this boring-as-all-hec telecast where we’re just talking about posts we’re going to write this week, like a roundtable called MAKE IT GAY YOU COWARDS and Riese is showing us Getty images of Ellen and Mariska Hargitay.

9:50 p.m. It’s time for — what Riese has named — the White Men in Period Costumes Awards. Instead, please enjoy this gift from Carmen.

9:54 p.m. Thandie Newton wins for for Outstanding Supporting Actress in a Drama Series for Westworld

She wrote her own fucking story. Congratulations to @ThandieNewton on her #Emmys win for Outstanding Supporting Actress in a Drama Series. #WestworldHBO pic.twitter.com/x07P5DnzHn

Valerie: I HAD DARED NOT HOPE
Carmen: THANDIE YOU DID THAT BABY
Valerie: BUT SHE EARNED THAT TWO SEASONS OVER
Natalie: Yes!
Carmen: “I don’t even believe in God, but I’m going to thank HER tonight”
Riese: just get up there and swear and say you are an athiest yes

Riese: russia rigged this election
Valerie: i just keep shouting WRONG at my tv at this point
Carmen: I said it in our gay emmys and I will say it again, the only reason that Jane the Virgin and One Day At A Time aren’t Emmy winners is racism.
Flat out.
Natalie: Fucking Russians.
Heather: 100% racism

This. This. This. This. @HereIsGina serves you depth and range every 👏🏼 single 👏🏼episode 👏🏼. She produces and directs and gave her Emmy campaign money to an undocumented student so they could go to college. GIVE HER AN EMMY. https://t.co/jFhf5sIFib

Sarah Paulson shares what she and Regina King were texting about this morning #Emmys #AHS https://t.co/QILf2nBd4b pic.twitter.com/nlRE8ZD0qT

10:20 p.m. Valerie has a growing pile of stuff she’s throwing on her floor in outrage. 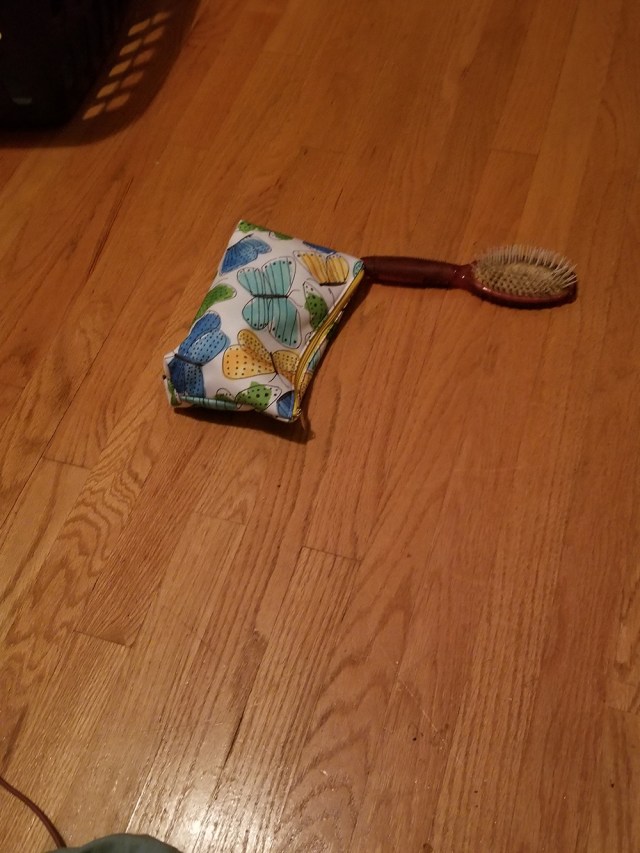 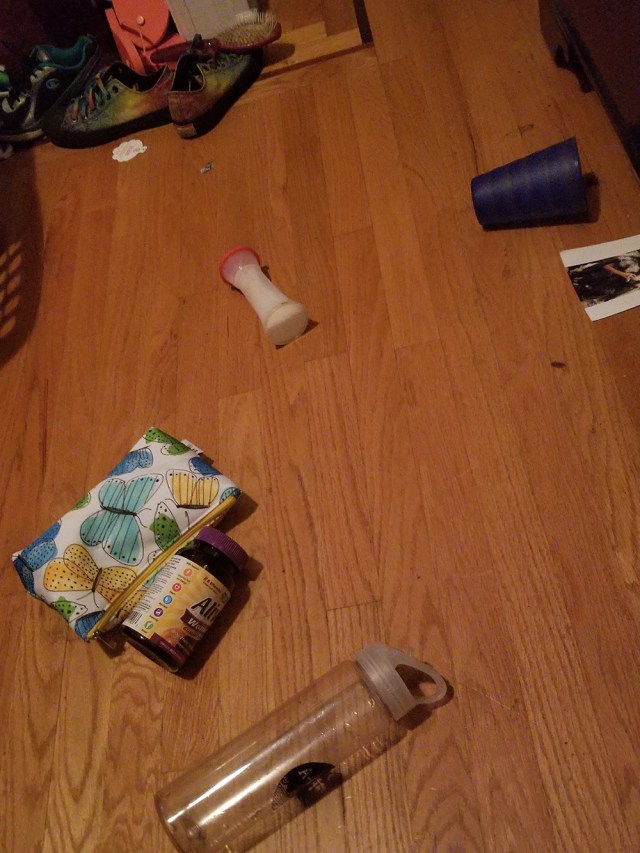 "Listen, if you can't love yourself, how in the hell you gonna love somebody else?"#Emmys: "RuPaul's Drag Race" wins the award for Outstanding Reality Competition 🏆🌈 pic.twitter.com/2OADRz62SV

Well, thank you for joining us

Sandra Oh getting a kiss from her mom to bless your timeline. #Emmys pic.twitter.com/g4yqmggNE2