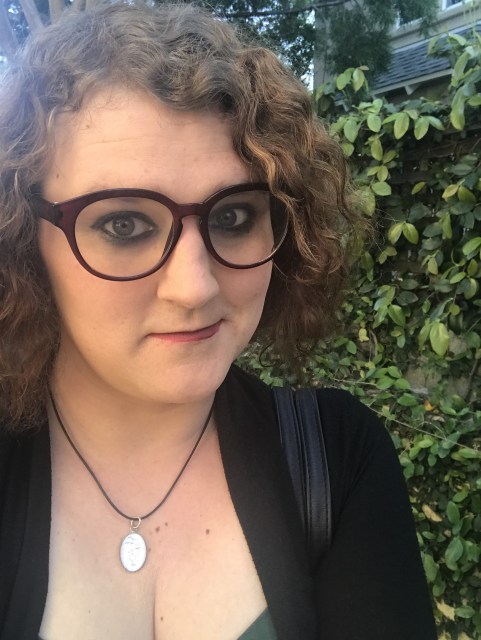 Would you rather be tickled for 30 seconds or stub your pinky toe on a concrete step?

Tickled. I’m extremely ticklish so it would be an ordeal but I wear boots too much to have a raw toe.

Fuck Uncle Pennybags because maybe I want to come in first place in that beauty contest. Marry Flo from Progressive, because imagine the discounts she could get us on joint insurance rates. Kill Chester Cheetah because I could hide the evidence by saying it was just crumbs on my hand from a bag of Cheetos.

If you had to choose, would you rather eat someone’s toenail or their booger and why?

What do you say when someone says “YOU SHOULD USE THIS IN YOUR ACT”?

What scent air freshener is in your bathroom right now?

I can’t remember what it’s called but it’s named after Leia Organa. I have one setting.

If you were a necksessory (duh, an accessory you wear on your neck), which one would you be and why?

Half of one of those paired necklaces that say like “True Love” or “Best Friends” or something like that.

TV show you hate to love?

True Blood. I watched that show to the bitter end, and yet every time I objectively talk about it with anyone and hear what I’m describing about what happened on it, I’m like “WHAT WAS THIS SHOW?” It’s like it was Alan Ball’s Dorian Gray-style portrait that became more and more nonsense while Six Feet Under remained so perfect.

Neither. I’m on a low-carb diet so just pour that crap into a bowl and shove it in my face.

Movie you’ve seen that was so bad you couldn’t finish it in the theater?

I’ve never walked out of a theater but there was this movie in 2008 called Over Her Dead Body with Lake Bell, Paul Rudd, and Eva Longoria who I assume all were blackmailed into acting in it because it was so bad. The only thing good about it was that the teenagers in the front row yelling stuff at it were hilarious.

Riley is the head writer for International Waters on Maximum Fun and she has a Doctor Who podcast called The Regenerates. You can find her on Twitter @ryesilverman.