Premiering this month is an incredibly intelligent and distractingly attractive webseries, The Peculiar Kind, “that candidly explores the lives and experiences of queer women of color with eye-opening and unscripted conversations.” TPK is brought to the Internet and to our hearts by The Artchitects, a New York art collective dedicated to seeking social change through creative means.

Episode One: The Morning After packs maybe one million topics into 20 minutes, with just as many voices to match. It begins with candid conversations about topics such as safe sex with dental dams and how the cast really feels about one night stands, and ends with a news story segment, “Our News” by Elixher , featuring news of importance to the queer community that focus largely on women of color, proving that our stories are no less relevant and no less deserving of space than the narratives that tend to dominate LGB news. Pretty fantastic to see a webseries using such a creative format to speak to to such important issues as safe sex and gender violence while also getting to hear real people scoop about how best to recover from a night of drunken debauchery. 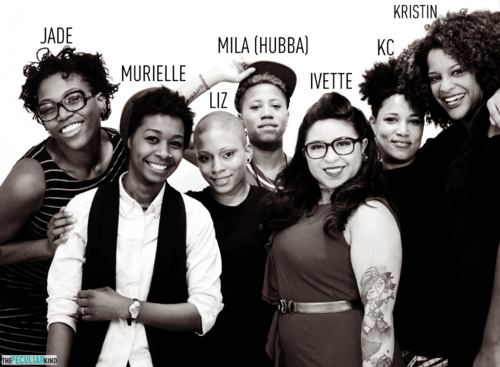 As the episode jumps between interviews, feature segments and news — all cut with footage of the cast spending time with their loved ones and each other and partying in the city — it becomes clear that this isn’t your typical dyke reality webseries. And that’s not a coincidence. In an interview with Autostraddle, Artchitect team members Mursi Layne and Alexis Casson explain their process: “[Alexis] wanted to create a fun yet informative unscripted web series that didn’t have the stereotypical docu-series dynamic or the drama filled, overtly degrading aspect of female driven reality television. Alexis wanted to create something organic and maybe even find a happy medium.” The diversity of the structure reflects the diversity of the cast, most of whom are friends of The Artchitects and who play an active role in contributing to their communities.

This episode also features RightRides for Women’s Safety, an amazing organization in New York which aims to build safer communities by helping to prevent gender-based harassment and sexual assault. Recently Autostraddle’s Lizz wrote about “How to Have Fun at a Gay Bar: 101” which touched on the “not getting too wasted to find your way home” problem some of us run into when out at queer parties. The TPK cast open up about running into this problem and how RightRides can serve as a safe way to get home should this party happen to be in NYC. 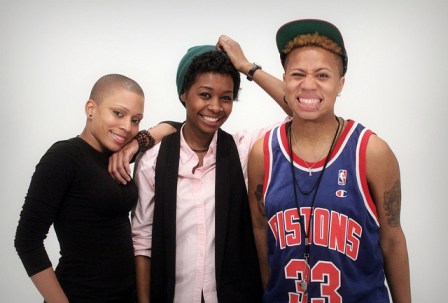 What’s maybe the coolest part about this series is that it speaks directly to traditionally marginalized communities without tokenizing its cast members. They’re each totally free to – and totally comfortable with – expressing themselves and their character, and it many ways, that is a radical act in itself. TPK says something a lot of us already know but few of us ever really talk about: the fact that activism can look like anything, that we feel for our work and fight for our causes, but we also find comfort in each other. We have fun, and we make mistakes, and we find love. On their creative work as activism, Layne and Casson said:

“Activism has to do with an individual’s moral compass and the issues that weigh heavily enough on their hearts to make them want to become an agent of change. As women of color, we are well aware of both the personal and emotional aspects of activism…So, in short, activism for the creators of The Peculiar Kind, would be utilizing our skills, education and resources to breakdown the stereotypes about queer women of color and expose viewers to our differences and similarities. After all, we’re still human and not that peculiar.”

Episode 2 is set to premiere March 21st and the burning question on everyone’s mind is addressed in the FAQ:

Q: IS THERE A SET SCHEDULE FOR WHEN A NEW EPISODE OF THE PECULIAR KIND WILL BE POSTED?

A: WE’RE AIMING TO POST A NEW EPISODE ON THE 15TH OF EACH MONTH, BUT THIS IS SUBJECT TO CHANGE.

They are on tumblr, Twitter and Facebook, and viewers are encouraged to submit questions via video or photos. I don’t suppose any of them will be at A-Camp? I guess we should ask…