While the rest of the world is bemoaning our apocalyptic state at the close of the century’s first decade, us gays have quite a bit to be thankful for! Heaps of ladies have marched proudly out of the closet, we’ve acquired way more Civil Rights than we had in 1999 and overall our media visibility has skyrocketed. Granted, there’ve been many setbacks; like the death of Dana Fairbanks DOMA and many popular votes reminding us how unpopular we were in high school and um, hate crimes, and well really a lot of bad things. Anyhoo!

Let’s take a look back at some of the many defining events of this decade. These are in random order, and much like the producers of reality television programs so popular in this decade, this list is only a few hours of the 87,600 hours, many of which were probs important.

BEST: For Kids, It’s Slightly More Okay To Be Gay 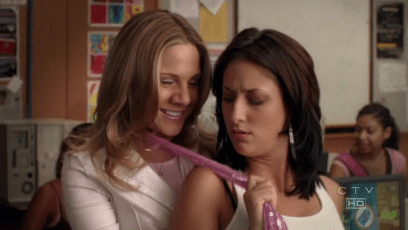 It’s a different world out there, kids. There’s the anecdotal changes, like an increase in “Gold Stars” amongst youngsters as young lesbians are feeling less pressure to “try boys” than most adult lesbians did at their age. Then there’s quantifiable changes, like rising numbers of GSAs and college campus LGBTQ groups as well as additional resources for homeless LGBT youth in urban areas.  In 2001, 1,000 GSAs had registered with GLSEN. By 2008, the number was up to 4,000. And a recent New York Times magazine cover story reports that kids are coming out in middle school. 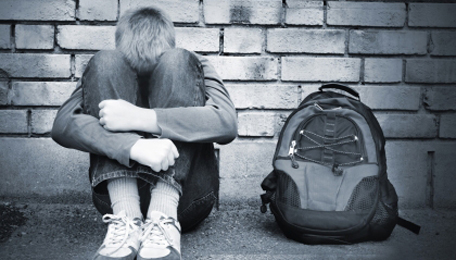 BEST: Rosie O’Donnell comes out (2002) and then proceeds to do a number of awesome things like yell at Elisabeth Hasselbeck on The View. 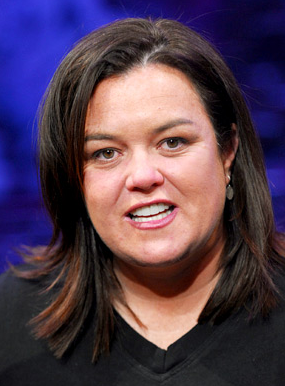 Guys have you ever been on an R Family cruise? It has changed the lives of thousands of families who can afford to take vacations and Riese has been on three for various reasons and she highly recommends it. Did you watch that documentary? Remember how awesome and sassy Rosie was on The View? Remember how Ro did us proud in the Hassleback smackdown? Remember how you were way sadder than you thought you’d be when it was clear she and Kelli were having problems? If you think her coming out didn’t matter to your life, think again — it was kinda a big deal. And she’s never compromised since.

The history of the country has been written by the rich white men who could afford to do exactly as they wanted whenever they wanted. The fact that women like Rosie & Ellen can afford to be honest means they’re in a unique position to be the catalysts of change in major ways.

WORST: “A Shot at Love” and Katy Perry 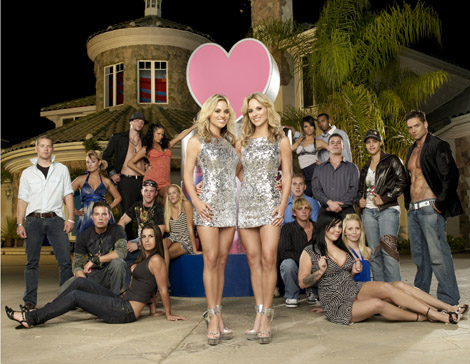 The Shot at Love franchise made every bisexual woman in America want to shoot herself, upping the ante in season three by replacing our Cyberstar Tila Tequila with the bisexual Ikki twins.

In 2008, Katy Perry released “I Kissed a Girl” and managed to reinforce every bisexual stereotype in the book. Oh, and Katy was put on the cover of OUT and given the headliner spot at Dinah Shore for it! What’s that about? We’ve kissed girls for real, but for some reason OUT hasn’t called.

The U.S. Supreme Court struck down sodomy laws in this landmark case. Though lesbians aren’t exactly the most sodomy-saturated group, it was still super important. You can’t legislate in the bedroom folks! Although people are certainly still trying. 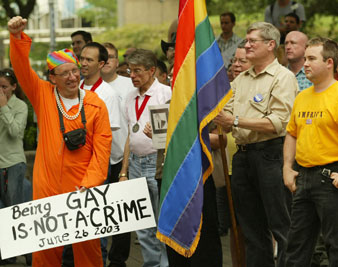 It was passed in the 90’s, but we’re certainly still feelings the effects of DOMA. Efforts in this decade to overturn the act, which prevents a federal marriage equality bill, have all come to nothing. Even the Obama administration is still using it against us to deny benefits, despite our hopes to the contrary.

At the beginning of the decade, only one state had amended its constitution to restrict the legalization of gay marriage. Now, there are 29 states with such amendments. Not content to just remain neutral, those states had to make an actual statement against equality. Thanks, guys! 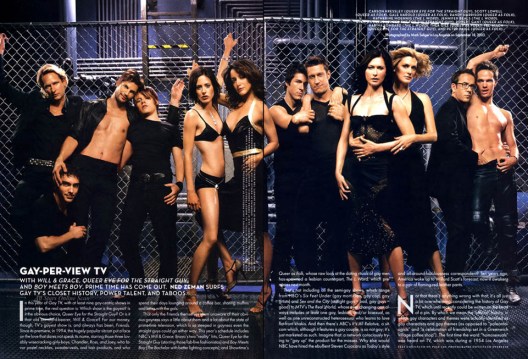 This was the decade that launched gay TV into the mainstream. Queer As Folk ran from 2000 to 2005, making way for The L Word (2004-2009) which legitimately shattered the public’s stereotype of lesbians as hippie bushwackers w/guitars. (Not that there’s anything wrong with that, but you know, it helps end symbolic annihilation etc.).

After having her second TV sitcom canceled in 2001 and following a rough coming out period in the mid-9os and subsequent depression, Ellen came back in a big way in ’03 with her daytime talk show. Since then, she has all but taken over the world and is the most famous lesbian ever. And really, we couldn’t ask for a better symbol of the lesbian community. Ellen is funny, she’s charming, she’s in love with her hot wife, and even mainstream America thinks she’s awesome. 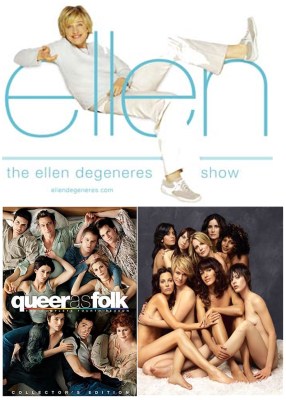 LOGO (the first gay network) launched in 2005, here! launched that same year and Bravo became the gayest-network-that-isn’t-actually-gay. Lesbian characters popped up on mainstream shows like The O.C., America’s Next Top Model, Stargate Universe, South of Nowhere, Degrassi: The Next Generation, Top Chef, Greek, One Tree Hill, All My Children, House and so much more.

The thing about The L Word is that while it was great to have queer lady storylines on TV, it still accounts for like 95% of the queer lady storylines on TV five years later. And I don’t know about you, but there’s only a certain amount of baby-kidnapping interrogation-taping swimming-pool-murder  I can relate to. Why haven’t we heard more complex, more diverse, more real stories about our lives? It’s not because they’re not there; it’s because it’s really f*cking hard to get them out there — and not just for gay women, but for women in general (the biggest problem with lesbian stories, often, is that there are often men in the story)

9 percent of the 250 top-grossing domestic films of 2008 were directed by women and no woman has ever won an Oscar for directing. No woman of color has ever been nominated by the Academy for the Best Director category (more on this in this awesome bitch magazine article about female directors). From an NPR story on this topic:

Nia Vardalos says it’s no secret that female directors are treated differently by studios — even sometimes by their own crews. She says she had no sense of being an artiste — someone entitled to challenge the budget, the number of shooting days or the rules.

“One day my focus puller turned to me, and he said, ‘As a female filmmaker, you have one shot,'” she recalls, “‘and if you go over budget, that bond company will be here in a second, breathing down your neck. So you’re right to keep everyone on schedule.'”

Autostraddle faves Anyone But Me and We Have To Stop Now are fabulous shows that are produced in the form of webseries for a smaller audience that has to know where to look for them, and most gay and lesbian films are only shown in (admittedly awesome) gay and lesbian film festivals. Similarly this has often been the only avenue of opportunity for women of color (more on this in item #3). 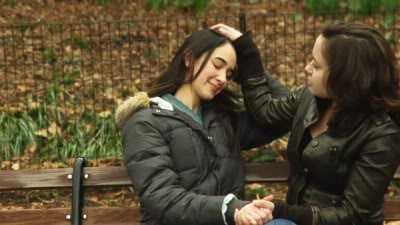 What that means is that gay ladies who want to do us proud and make movies/TV/stories/art about our real-life feelings are doing it largely on their own and unsupported, without the funding of Hollywood studios or the backing of major producers or the budget of, I don’t know, Jersey Shore. The bad news there is that the people in offices behind desks haven’t been convinced yet that our stories are important and meaningful and interesting to the public; the good news is that it doesn’t even matter, because we’re just going to go ahead and do it anyways.  ONWARD HO PIONEERS!

We finally saw a ray of sunshine in politics — a majority voting for a minority! That’s the spirit! Maybe this gay ray of sunshine will materialize some time in the next decade! Or we’ll just have a ridiculously attractive presidential family, as is evidenced in this photo! 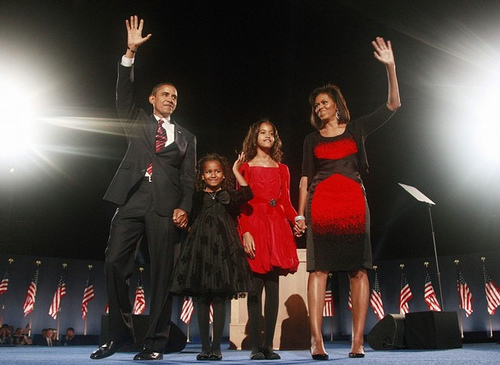 And our dreams of equality were squashed for eight whole years. Chris Rock said it best: 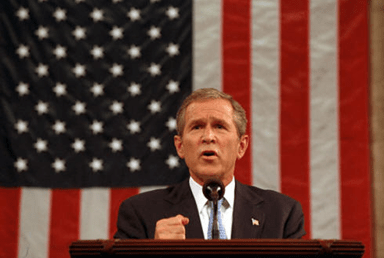