“My name is Rachel Berry. You might laugh because every time I sign my name, I put a gold star after it. But it’s a metaphor. And metaphors are important. My gold stars are a metaphor for me being a star.”

It’s hard to believe that perennial campy gay classic Glee premiered ten years ago this fall, and in the last decade Ryan Murphy’s career has only reached stratospheric levels — including a one-of-a-kind, ridiculously expensive $300 million deal with Netflix that’s seemingly brought him full circle. The Politician is, in fact, a lot like Glee (but really it’s more like Murphy’s 1999 lost gem Popular). No, it’s like The Royal Tenenbaums. No, it’s like Glee and The Royal Tenenbaums had a stupidly rich baby boy that spent far too many of his developmental years streaming Election on loop alone in his bedroom. Whew! I SOLVED THE MYSTERY! WE CAN ALL GO HOME FOLKS! That’s it. 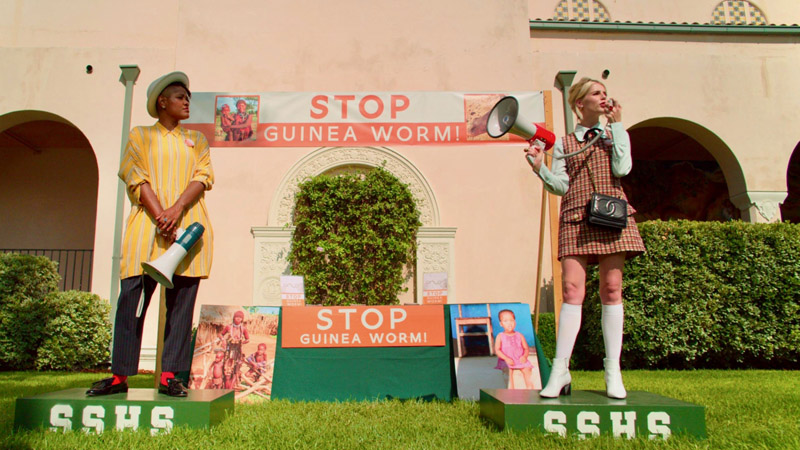 The main question that circled my head as I watched all eight hours of The Politician last weekend was: Why would we even need this? It’s not like in 2019 there aren’t enough stories about rich, entitled white men to go around.

You think Rachel’s gold star is a lot? Well hold my diamond encrusted beer, because in his opening monologue Payton Hobart tells his Harvard recruitment interviewer that he’s been planning to become President of the United States since he was eight-years-old and has studied even the most minuscule mistakes of every past president (well actually — only through Reagan, because apparently the presidency wasn’t really the presidency before a 24-hour news cycle) to help him get there. That’s the premise of the show; if Murphy and crew get their dream, every season we’ll watch a different campaign as Payton claws his way into the Oval Office. High school is just the beginning.

The problem is that taking this kind of bloody knuckled, raw ambition and placing it on the shoulders of a privileged white young man is not the least bit new or noteworthy. For what it’s worth, it does seem that The Politician is also fed up with these kinds of stories — even as it’s in the midst of telling one. Every single episode is so over the top, such a love letter to the very concept of excess, that the lampooning of wealth and privilege almost writes itself. Plus, it helps at least a little bit that almost everyone is gay.

I’m sure you’re thinking that’s another Ryan Murphy hyperbole, but no. Almost. Everyone. IS. GAY. 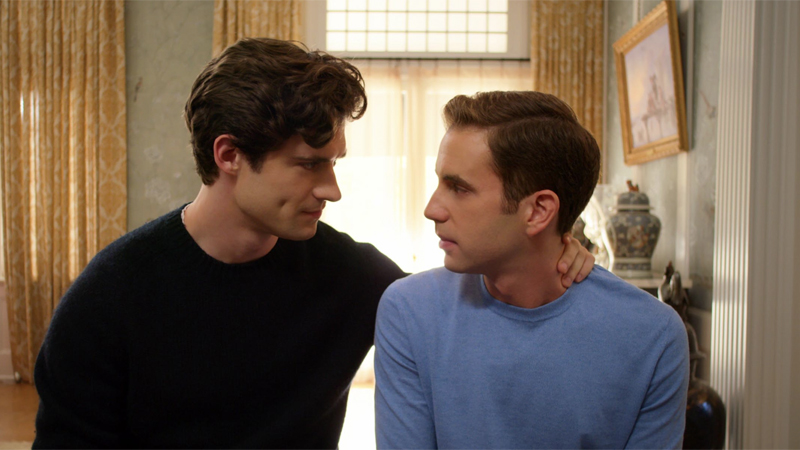 Payton? He’s caught in the middle of a bisexual love triangle between his girlfriend Alice and his deeply romantic friendship with River, Payton’s former teen dreamboat campaign opponent who haunts him throughout the show. 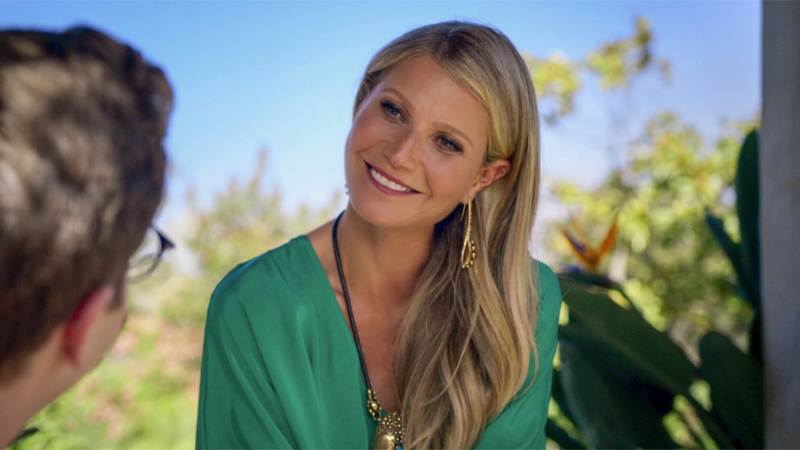 The carefree smiles of a woman in a caftan who’s daydreaming about finger banging.

Payton’s mother, Georgina Hobart (Gwyneth Paltrow) is in love with the family’s horse trainer, played by Martina Navratilova, in a plot twist so delicious I’d be amiss not to tell you that it left Autostraddle’s Editor-in-Chief Riese in the throes of an ALL CAPS MELTDOWN! If you love the idea of Gwyneth floating around in a caftan, this is the role for you. 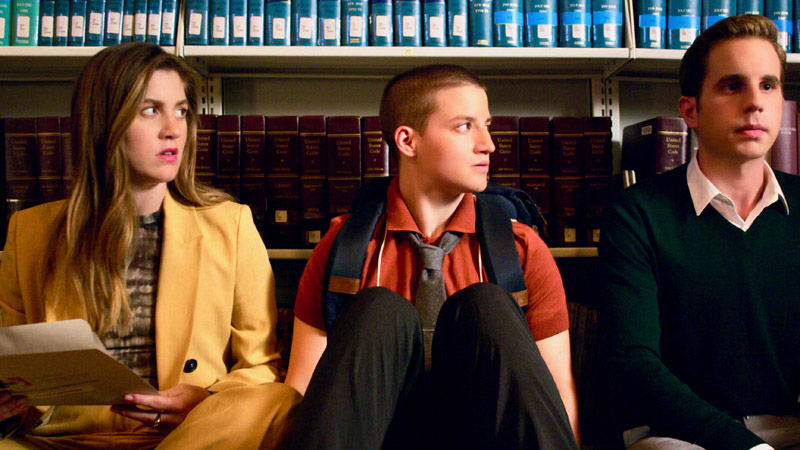 James was specifically cast as a trans man’s role, though his gender is never brought up directly within the show. Watching a trans character get to be an astute, conniving political chess player at the very top of his game — without having to first explain, pacify or justify his existence to a cis audience? It’s a chef’s kiss. James also has a plot twist romance of his own, which is still under-seen for trans characters, and specifically trans men, on television. If you loved the friendship between Leo and President Bartlet on The West Wing, then James and Payton will have you eating right out of their hands. 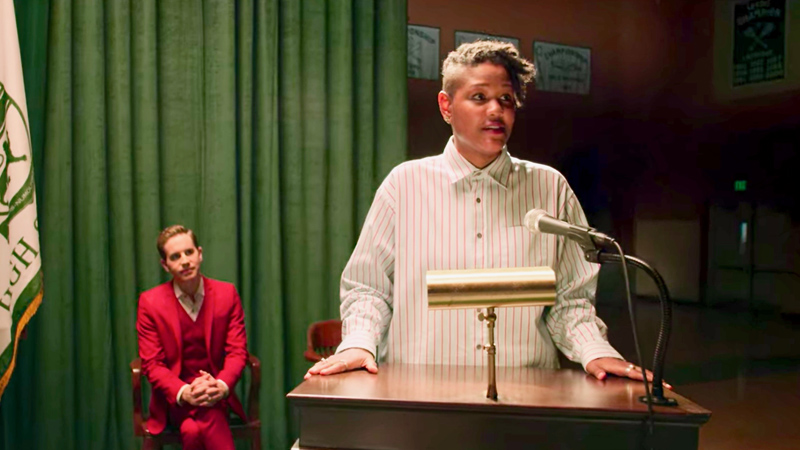 Black Butches for a Better America 2020

And Skye Leighton? She deserves two paragraphs all by her damn self. We’ve never seen a black queer character like her, someone who’s confidence is so lived in that it emboldens you just to watch her. (I’m using she/her pronouns for Skye because that is what’s used in the show; though in her introduction to the audience Skye firmly identifies as gender non-confirming). It’s hard to peel your eyes from her whenever she graces the screen. Her dapper butch swag is made out of that same gender fuckery fairy dust of legends. When the show later takes a small time jump and Skye returns as full adult? Whew, all bets are off.

More than anything, Skye’s always plotting. She’s a true politician’s politician. Unlike her peers, Skye is very clear that her ambition alone will never be enough to topple middling, uninspired white men. Sure, that same ambition also drives her to do some pretty off-the-wall, dastardly kind of stuff — but, in her heart she has a point, and anyway, I wouldn’t want to ruin it for you. My only real problem with Skye is that we didn’t get enough of her! This is out queer actress Rahne Jones’ debut role, and she’s already a bonafide scene stealer. Most would probably point to Skye’s unraveling in Episodes Six and Seven “The Assassination of Payton Hobart: Parts 1 and 2” as the pinnacle of her performance (fair warning — a part of ensuing meltdown involves some unfair biphobic posturing), but she won my heart during her rage against white mediocrity in Janet Mock’s expertly directed Episode Three, “October Surprise,” and she never gave it back. 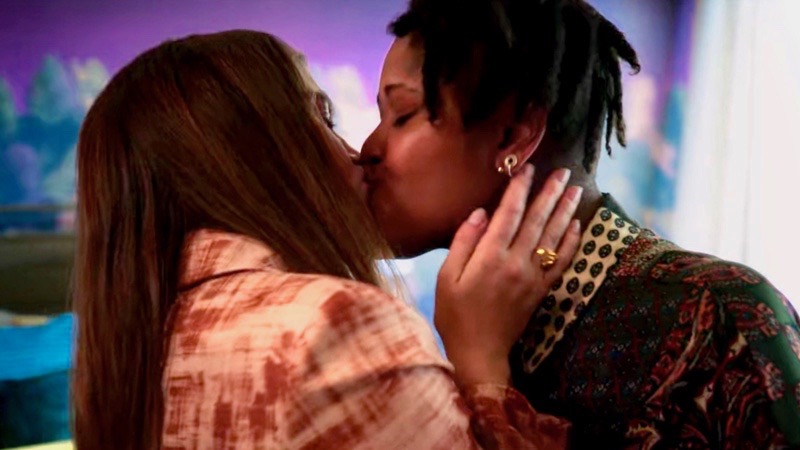 The set choices and aesthetics all scream GAYYYYYY, the music and pop culture references are impeccably gay (Joni Mitchell, Britney Spears, and Stephen Sondheim’s Assassins just to name a few), and did I mention BETTE MIDLER? More on her later. The Politician reads as if Ryan Murphy looked back on his already incredibly gay body of work and said: You know what I want to do with Netflix’s Scrooge McDuck piles of money? MAKE IT G-A-Y-E-R.

I have no idea if I actually liked The Politician. I definitely either loved it, or I hated it — there was no in between. It was irritating and unfocused. It exhausted me. Somewhere around halfway through the binge, I texted friends that I was afraid my brain was leaking out of my ears. Any brief glimmer of sincerity or potential for groundbreaking television conversations (such as Payton’s decision to make gun reform the central component of his high school platform) was ruined by yet another sharp turn into something truly ludicrous (the entire Munchausen by proxy storyline — which, Jessica Lange’s stand out performance aside, comes across as an offensive parody of Hulu’s based-in-real-life Emmy Award winning The Act). Now it’s days later, and I cannot stop thinking or talking about it. I’m consumed by it, and maybe even obsessed. Is that a testament to (groan) Ryan Murphy’s genius or just my own insanity? I’ll never know.

If you make it through the first seven hours of The Politician, be sure to stop whatever your doing and give your complete undivided attention Episode Eight, “Vienna,” the season finale. You’ll meet Judith Light as Senior New York State Senator Dede Standish and (GASP!) Bette Midler (GASP!) as her fast-talking, wise cracking campaign manager, Hadassah Gold. Together Midler and Light make Ryan Murphy’s signature over-stuffed dialogue look so easy, it’s sickening. When it comes to television, I’d follow either one of them to the ends of the world — which definitely means, despite myself, I’ll be back for Season Two.