Unless you’re actually from Vermont or highly attuned to senatorial politics, it’s entirely possible you’d knew little about – or had never heard of – Senator Bernie Sanders before last week, when he declared the start of his campaign for the Democratic nomination for president. Sanders has been Vermont’s junior senator since 2007, after serving as Vermont’s single congressperson for sixteen years.

If you’ve read anything about him since he declared his candidacy, it’s likely you’ve been reading articles about what Sanders’ campaign means for Hillary Clinton’s campaign. Valid analysis, but before diving into all that, I want to know: no, really – what’s his deal? I hear he’s a socialist. That’s cool. But also he’s an old straight white man, like the vast majority of American politicians, so what would his alleged socialism mean for people who aren’t old straight white men?

I tried to find out, and here are seven things I learned:

1. Sanders has a strong record on LGBT issues 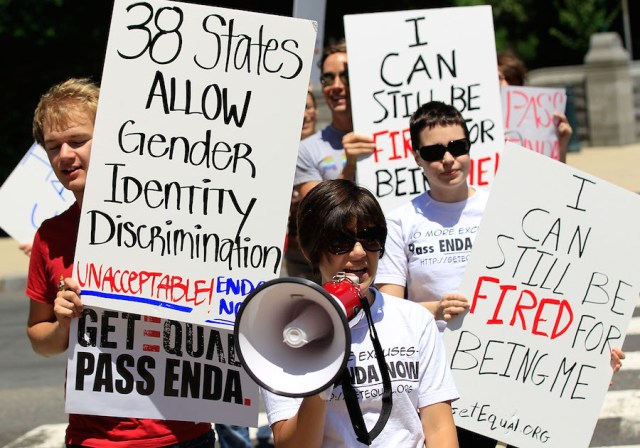 From a legislative standpoint, Sanders has a strong record for gay rights. He’s voted against a constitutional ban on same-sex marriage, and against bans on same-sex adoption. He also has voted in favor of the Employee Non-Discrimination Act (ENDA) in all its many iterations through the Senate. The Senator hasn’t gone out of his way to address trans issues — the most I could find was a press release from his Senate office specifically noting ENDA’s inclusion of transgender Americans.

One of Sanders’ central points in his 12-Step Strategy to Restore America’s Middle Class is to ensure equal pay for women. Sanders also has a consistent pro-choice voting record and is rated highly by NARAL. 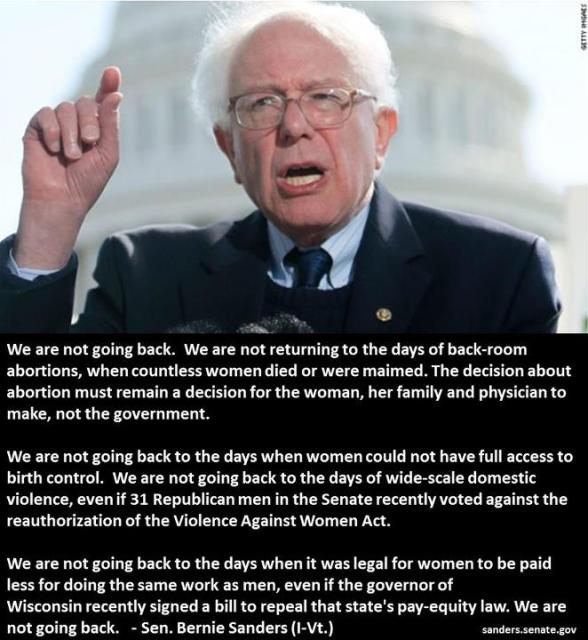 3. Sanders has a plan to address economic inequality across the board

Sanders’ 12-Step Strategy to Restore America’s Middle Class calls for raising the minimum wage, expanding welfare programs, making affordable education and healthcare accessible for all, and a reconfiguration of the American financial system so that financial companies have less control and less wealth. He is also an outspoken opponent of trade agreements like the proposed Trans-Pacific Partnership, all of which have or would have a huge impact on low-income women of color around the world, whose working conditions are dictated by these massive trade policies. 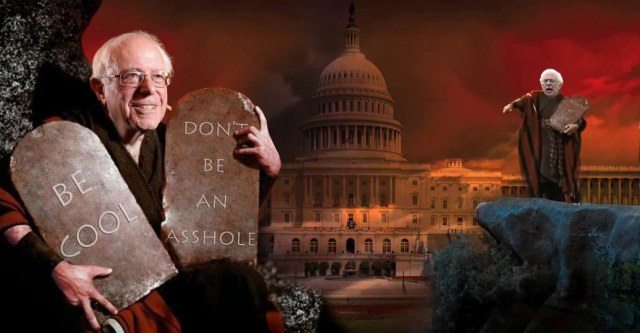 Thank you, Other98 for this visual representation of Sanders’ 12-steps.

4. …but he’s not so vocal on law enforcement and the prison system

Sanders has spoken out about the impact of economic and social injustice on black men and youth (he doesn’t mention women) and how that connected to the events in Ferguson last summer. However, his 12-step platform lacks any mention of policing and mass incarceration that impact economic inequality, especially in American communities of color. Looking at his legislative record, he shows a general trend in favor of policies that keep money away from prisons when alternative sentencing measures are available. He’s also consistently voted to fund the Community Oriented Policing Services (COPS) program. This is an interesting analysis of the COPS program in Baltimore, if you want to know more about that.

Sanders has never pretended not to be a democratic socialist, which many argue will be a liability for him as the race picks up. Very basically, democratic socialism emphasizes breaking down corporate and government bureaucracy, in favor of a socialist system with democratic and cooperative control and over industry and infrastructure. The spirit of democratic socialism is apparent in Sanders’ plans to support unions, worker cooperatives and welfare programs, and to break down economic policies that allow corporations to reap huge profits on the backs of low-wage workers, which we know has a huge impact on the lives of queer and trans women, especially queer and trans women of color.

“Hopefully we frighten the billionaires… and the insurance companies,” he said on the Colbert Report while describing his politics, “healthcare should be a right.”

6. …and he’s running for the Democratic nomination

7. But does Sanders even have a chance?

You can read takes on this from the Atlantic, Washington Post, Salon, and pretty much every other media outlet ever. The one thing everyone agrees on is that he’s not running a typical campaign, and he’s going to force dialogue on progressive issues that establishment Democrats could come down on either side of. He’s already doing that with the Trans-Pacific Partnership, which he vehemently opposes, but which President Obama is trying to fast-track through the Senate, and which Clinton has tried to avoid taking a stance on. Sanders isn’t connected to huge corporate money and he’s not building a Super PAC, yet he’s already raised a significant amount in small donations from individual supporters. He insists he can win.

My general sense is that Sanders’ candidacy is a long shot, but weirder things have happened, and there’s a lot of time for said weird things to happen between now and the Democratic National Convention next summer in Philadelphia. I don’t really know. The necessary rise from obscurity that a successful Sanders campaign would require has been compared to that of Howard Dean and Pat Buchanan. A profile from Rolling Stone makes him sound anecdotally, if not politically, like the fictional Democrat Jed Bartlet of the West Wing: a small-time politician on the national stage, but wildly popular in his small New England state, he pulls out of nowhere to overtake the party establishment candidates in the primaries, ultimately taking the White House into democratic control for eight years. But I’ve been told I probably shouldn’t compare the political reality of 2015 to fictional politics of the late 90’s.

Ultimately, though, it’s not up to the media — it’s up to the voters, so if you like Bernie Sanders best, turn out and vote for him. That’s the deal.