Tonight we attended the midnight screening of The Twilight Saga: Eclipse, which was about Kristen Stewart, Seattle, the solar system, the importance of abstinence, and boys who can’t keep their shirts on/can’t take their shirts off. This is what we thought about it!

Twilight Experience: Has seen all the movies, read all the books.

Feelings: NIKKI REED, HOW FAR YOU HAVE FALLEN. You were so good in Thirteen! I thought you understood teen angst! Then all this shit happened.

I saw the first movie with zero Twilight experience, thought it was hilarious, and read the books. They were HORRIBLE AND OFFENSIVE AND TERRIBLY WRITTEN AND I HATED THEM but i couldn’t put them down and literally BROKE INTO A FRIEND’S HOUSE trying to find the fourth book.

The second movie was predictably hilarious. The third movie was impossibly worse than the first two movies combined, with lots of awkward moments and heated dialogue and Jacob with his shirt off for no good reason. We were the only people in the theatre not wearing “I <3 Boys Who Sparkle” or “Team Edward (until Jacob takes his shirt off)” t-shirts.

We felt strongly that Kristen Stewart was missing Dakota Fanning’s tender embrace during the make-out scenes. We also felt strongly about Alice being super cute.

We felt very confused about Jasper suddenly being a southern gentleman. When Bella was basically begging Edward to stick it in and he was talking about how he’s a real gentleman who would love to properly court her and ask her father for her hand, I kept yelling “JUST THE TIP!”

In short, I totally fucking hated this movie, especially since it’s based on a book where nothing happens, but at least Eclipse was full of feelings. can’t wait for the fourth movie, where (SPOILERZ) they finally do it. Nobody goes to these movies because they’re well-written, or well acted.

We go because Kristen Stewart looks good in a hoodie. 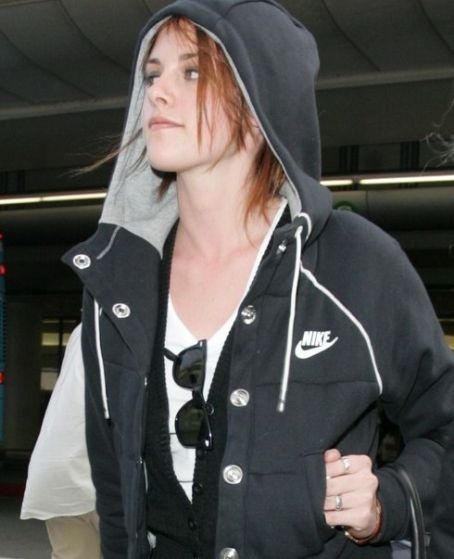 Twilight Experience: Read all the books, saw all the movies, has strong feelings for Kristen Stewart.

Feelings: Having already read Eclipse, my greatest concern regarding this movie was how much Riese would fucking hate it. It’s the most anti-feminist of the four books, sprinkled with all sorts of (what I perceived to be) Mormon propaganda and shockingly rapey / misogynist behavior from both of the male leads. Also, even in the book, nothing worth a damn happened, aside from all the near-rape and emotional abuse.

Yeah I know, it’s a just a book. I KNOW, YOU GUYS. And I really enjoyed the other three in a terrible/awesome way! But hey guess what, books actually do affect generations of people, which can sometimes (like this time) be HORRIFYING! Wheee! 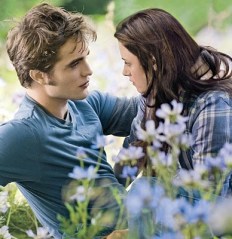 Eclipse made me stabby when I read it and, even with the edge-softening sake and 40 oz. can of Budweiser that Crystal picked up for me while she was buying cookies, the movie version was only mildly less stupid. They toned down the rapey Jacob moments and pared down the manipulative, controlling Edward moments, so kudos to you, Melissa Rosenberg!

Unfortunately, someone also forgot to make it interesting? Or like, good? Twilight was for the fans, New Moon was a nice little blockbuster, and Eclipse was similar to SOMETHING I NEVER FUCKING WANT TO BUY ON DVD. I mean, do you see what I’m saying? New Moon makes me want to curl up in bed and check out of the world. Eclipse makes me want to watch Dirty Dancing instead.

Oh hey, but at least K-Stew was cute, despite her over-groomed eyebrows. Know who else was in it? Dakota Fanning. You should just watch The Runaways and call it a night.

Twilight experience: Loves the hell out the films and has a major crush on K-Stew

My feelings about Twilight:

1. It was fucking terrible. Not terrible/awesome like the first two films, which I really enjoyed. This was just plain terrible.

2. I feel like all Edward, Bella and Jacob repeated the same conversation 18 times during the movie. But they didn’t have the decency to rephrase their arguments / pretend like there was progress. 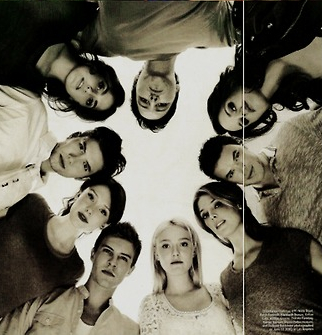 3. Did they really think no-one was going to notice that Victoria was being played by a totally different actress from the last film? Because I noticed.

4. My favourite part in the entire film was when Edward rejected Bella’s advances and the girl sitting next to me shouted “JACOB WOULD HAVE RAVAGED THAT FINE ASS!”

5. I think if Bella is going to ‘turn’ for anyone in this movie then it should be Alice, or maybe that new hot lady werewolf who didn’t get nearly enough screen time.

6. I am unable to separate Kristen Stewart and her character Bella. Therefore if Bella gets married and turns into a vampire for Edward then I predict these events will end my all consuming crush on Kristen Stewart and therefore my own desire for mortality.

7. Kristen Stewart seemed a little more straight in this movie, compared to the last. Maybe it’s because she spent 3 hours talking about marriage, I dunno.

Feelings: Most of my feelings about this goddamn movie were expressed via facial expressions, violent hand gestures, and verbal public outbursts while exiting the theater.

So um, basically I’d like to just re-watch “New Moon” (the second Twilight movie) over and over again until I forget the scars left by “Eclipse”.

Am I being dramatic? Maybe. But I know what to expect from a Twilight movie and this did not cut it, in at least fifty different ways! Like, what happened guys! I wanted “terrible/AWESOME” and all we got was painfully terrible. I am upset. Team Bella forevs.

Twilight Experience: Saw the first film, has had special feelings towards K-Stew since Safety of Objects.

I saw the first film on TV ’cause it was on and I figured it’d be a good opp to see what I’m already so pre-judgey about before I keep judging it. Twilight was super cool looking but also holy shit Jake-dances-with-wolves’ hair was a hot mess and Cullen was totally controlling to Bella, who seemed like super independent about being totally submissive, which I have feminist feelings about but WHATEVS. It’s like poppyfield teenage love mixed with death and fangs and wars of the worlds.

I didn’t see the second one about moon pies but I saw this one cuz Crystal wanted to and she is the greatest human in the world so I do what she wants me to do.

So! Wow! Ok lots of fields of poppies, flying people, giant animals and that whole shirtless family who turned into monsters! That was cool! I mean, there was a bunch of bullshit about marriage that just screamed PROPAGANDA into my little Jewess ears, forcing me to yell, “She can’t get married, shes GAY!” in a crowded theater, but moving on. 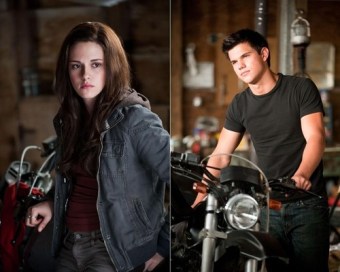 Eclipse was cool and entertaining, once you got over the whole ‘how the hell did this totally masochistic love affair become a worldwide phenomenon’ thing. Bella’s like Helen of Troy in a hoodie. High school! Girl you are in high school. Good luck picking the right college, let alone joining the undead. I was totes on Team Edward because I’m a Dylan McKay kind of girl, not a Brandon Walsher, but I am on Team Jacob now because I think Edward should at least let her try the goods before buying them, and I find Edward a wee bit possessive. I feel this whole THANG is a bit emotionally rapey amirite? Is she brainwashed? I have worries for her.

Feelings: So, most of my feelings about the movie are intermittent between many yawns, *yawn* because I found it *yawn* extremely boring *yawn*.  I don’t know what it is about these movies that puts me to sleep, but after about the 3rd time that I found myself opening my eyes from a short nap tonight, I remembered how New Moon triggered a similar reaction…. It’s too bad really because I actually enjoyed the books, and they seemed to have the opposite effect-keeping me up all hours of the night to finish just one more chapter and then just one more.  Maybe it’s the soundtrack.  I’m honestly a little perplexed by Crystal’s favorable review of previous Twilight soundtracks, and perhaps they were better than this one, but I thought the soothing new agey tracks in Eclipse were a little bit too relaxing for me.  I blame the music for at least half of my naps tonight.

Kristen looked amazing though-really loving her long locks, even knowing it was a wig/weave.  I enjoyed all the ass shots, of which there seemed to be many. Go TEAM BELLA!