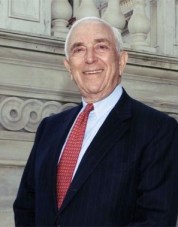 On a day filled with sad news for the trans community, it’s slightly comforting to realize that legislatures are including gender identity in some new anti-bullying measures. U.S. Senator Frank Lautenberg, of New Jersey, has announced that he will introduce anti-harassment legislation in November in response to the recent rash of suicides. Tyler Clementi‘s suicide at Rutgers in New Jersey is the driving force behind this bill. Here’s what a press release from Lautenberg’s office has to say about the legislation:

[The legislation] will require colleges to create policies prohibiting the harassment of any student. The bill would also provide funding for schools to establish programs to deter harassment of students, including lesbian, gay, bisexual, and transgender (LGBT) college students.

I seriously like the sound of that. (I also wonder what the Virginia Attorney General thinks about this, but that’s a whole different post.) Lautenberg seems to have covered all the bases: it includes trans people, it recognizes cyber-bullying, it promotes counseling programs, and it actually requires the schools to have a plan to combat harassment.

It remains to be seen whether those bills will actually get any traction, as the Senate is super far behind on its agenda right now. But at least some Senators are responding to what’s happening!

Many state legislatures are also starting to draft bills in response to these suicides, including New Jersey, Texas and Michigan. 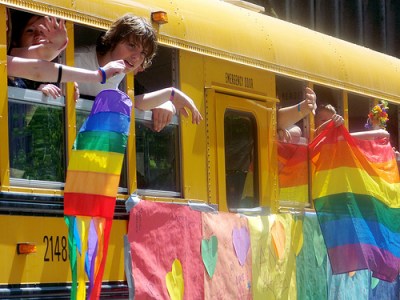 Also seriously, it’s so fantastic that gender identity is being included in this first round of legislation. So often, trans rights are left out of first drafts so that they have a better chance of passing. It’s worth pointing out that even though none of the recent, heavily-publicized suicides have involved trans people, trans violence and harassment is still a very serious problem. And the trans community remains one of the populations most susceptible to suicide.

A recent study by the National Gay & Lesbian Task Force shows that 41 percent of trans people who responded to the survey have attempted suicide. That is a staggering number.

“From our experience working with transgender people, we had prepared ourselves for high rates of suicide attempts, but we didn’t expect anything like this,” said Mara Keisling, Executive Director of the National Center for Transgender Equality. “Our study participants reported attempting suicide at a rate more than 25 times the national average.”

And we just found out about this awesome story. Andy Moreno, an mtf teen at North Dallas High School, wants to be the homecoming queen. But the school’s principal won’t let her run because men can’t run for homecoming queen. The district is backing her up, even though they admit there is “no policy on gender requirements for homecoming royalty.” Here’s what Moreno had to say:

Andy Moreno said the homecoming bid isn’t a joke and her gender identity is simply a fact of her existence.

“I have felt like this my whole life,” she said. “I started taking little steps when I entered high school and came out in full last year.”

She sounds like a great advocate. Hopefully, this story will get some buzz around it, and she’ll be able to run for queen.

In somewhat related news, Chaz Bono just released his video for the It Gets Better campaign, check it out: