The low point of my week was when my wife took one look at me in my new shirt and said that it made me look like Larry King. Not exactly ideal.

But its no matter because the high point of my week, as always, was Autostraddle dot com.

Ali got us drunk on grapefruit (well, something that tastes of grapefruit).

Mey made the playlist of your dreams, if your dreams include a world without patriarchy, that is.

Carrie wrote about going to the gym and being physical with a disabled body.

Record Store Day is near.

The She Who Shall Not Be Named Award to Rachel W.: 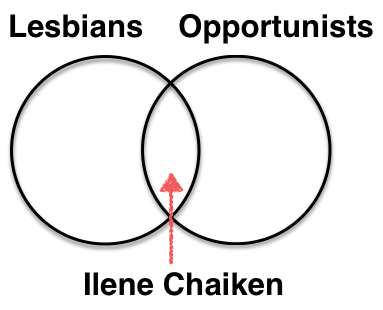 The I Dream of Jenny Award to Sally:

On Playlist: The Most Misandrist Anthems:

The Closer to Fine Award to Carmen SanDiego:

The Hopeful Award to queer girl:

The It’s A Marvel Award to turkish:

On 30 Book Titles That Sound As Gay As “Tipping The Velvet” But Mostly Aren’t:

On Sunday Funday Is Coming Out and Taking Over: