Between Autostraddle’s GLAAD nomination, Jodie Foster finally coming out and the premiere of Tegan and Sara’s new song, it’s been a big week in lesboland, hasn’t it? This also marks the week I started watching Pretty Little Liars and decided my future may involve living in a pillow fort + furiously writing Emily-centric fanfiction… but I digress.

We made Magnolia’s famously delicious banana pudding, added Madison to our queer travel list and talked about flogging. Fonseca spoke about the slower pace of the south, Julia talked to queer theater staple Maggie Keenen-Bolger and Morgan interviewed Kings, a queerific Brooklyn band.

Also there was some Frida Kahlo worship and 70 Photos of Jodie Foster and have you heard of coptic binding? No, it isn’t a sex thing but you’ll be turned on by the crafty beauty of it!

Now onto the main event…

The Lizz Is Worried You Might Be Funnier Than Her Award to Trombonist: “‘Let’s take a bathroom break and a page break.’ And also a Paige break, apparently.”

On Real L Word May Repackage Itself As A Doc. About Lesbians In Not So Easy Areas:

The Double Take Award to AnnaY:

The Lezafari Award to Erin and j: 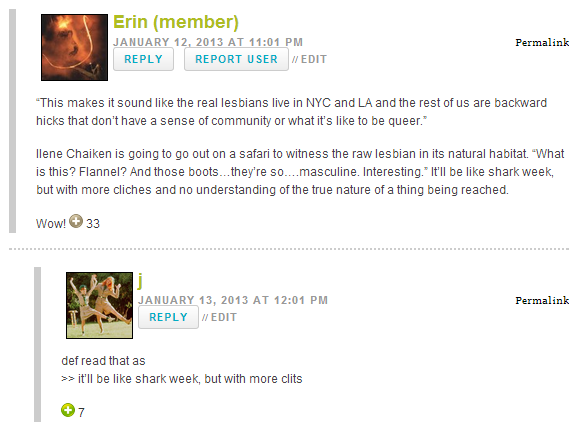 On 70 Pictures of Jodie Foster:

The I Think This Means We SEO’d Your Brain Award to emilu: “This headline ‘Jodie Foster Gay’ kept coming up on Facebook and all I could think was EVAN RACHEL WOOD BISEXUAL. I felt that you should know.”

The Straddle Safe Award to E: “I just remember when I made my autostraddle profile and put jodie foster as my favorite thing to autostraddle and now all of my dreams are coming true”

On Make A Hollowed Out Book:

The Conservative Values Award to Meghan and Digger: 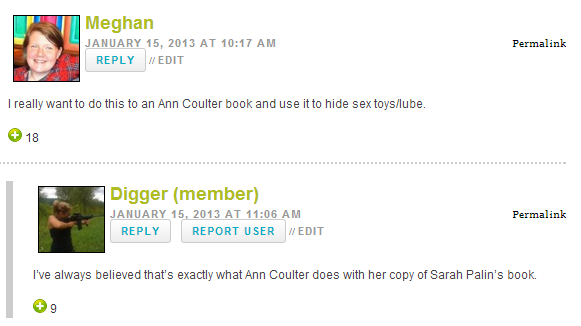 The Breast Host Ever Award to kd15 and Ashley: 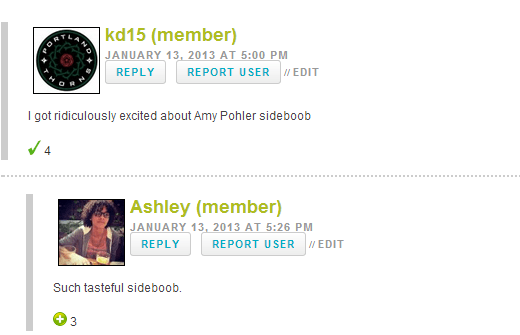 The Some Would Say Half A Century of Suspense Award to Megan: