The holidays are a special time. Whether you’re celebrating your first one as openly gay/vegan/Canadian, or bringing your ladyfriend home for the first time amid alcohol-drenched family chaos, it’s sure to be a weekend of laughing, crying, and desperately texting your friends. Did your creepy uncle announce a conversion to Mormonism? Did your girlfriend’s dad curiously ask what “fisting” was while you were forearm deep in the turkey? Did you have an anxiety attack/breakdown in public when your family forced you to go to Black Friday at CABELA’S like Rachel did last year? If so, what anti-anxiety medication do you recommend?

TALK TO US, FOR THE LOVE OF GOD.

We like to have holiday open threads because 1)your grandmother is really funny, 2)because it softens the blow for those of us who are a)alone, b)drunk anyhow, c)chasing vodka with shots of cranberry sauce.

Last year the Open Thread concept peaked almost immediately after launching [First Open Thread: Terrible/Awesome Homo-Holiday Feelings for Thanksgiving], when the Christmakwanza Open Thread brought on the invention of Showerbeer, the rules of Beerio Kart, and heartwarming tales of our Tech Editor being picked up at the Cincinnati airport and subsequently driven to Central Kentucky in the rain by a tweaked out uncle.

So anyhow, we’re just over here in this wicker turkey. Just waiting. I never wanna eat this much banana bread I mean stuffing again. 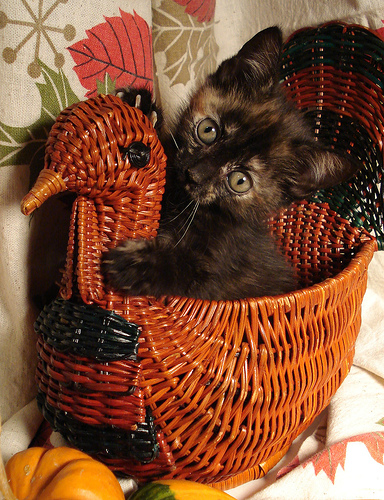