It’s Underwear Week! A very special week if there ever was one. To commemorate this holiday, I’ll be bringing you nine of my vary favorite queer celebrity lesbians (or gay-for-pay actress ladies) in their most lesbosexy underwear styles. 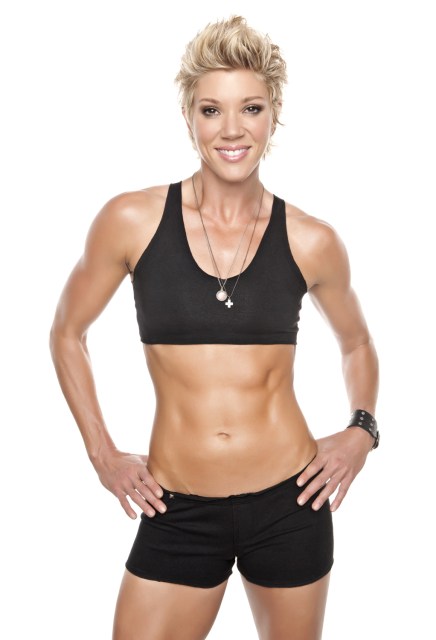 Are those technically shorts? Maybe, but I guarantee you there isn’t anything under them. Either way, Jackie Warner’s black sports bra and black boyshorts are an instant classic. Sometimes it’s really nice to be neutral of neutral. So whether you’re butch, small busted or even actually athletic, this look is as versatile as it is hot. 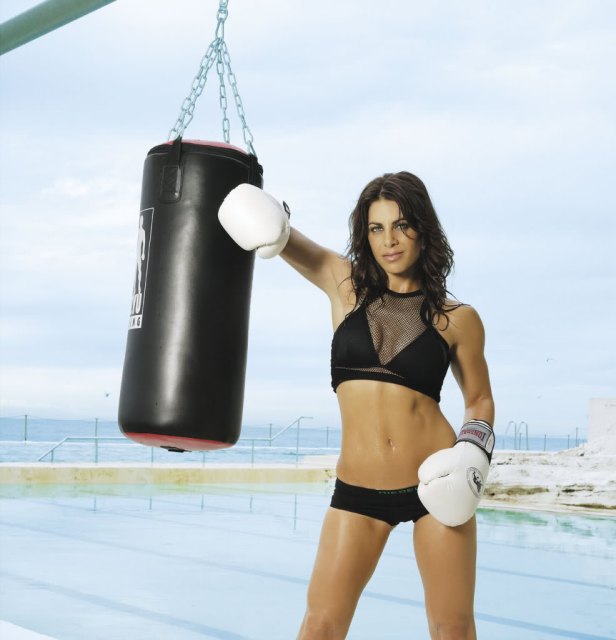 If you prefer something just femme of Jackie Warner’s look, Jillian Michaels offers up an equally hot option. Her shorts are shorter and her sports bra is, well, less functional, but her look remains athletic, simple and sexy.

One of my top five TV moments of all time, Callie Torres’s underwear dance scene on Grey’s Anatomy cannot be appropriately appreciated in photographs alone. Callie Torres proves once again that there is potentially nothing on earth as sexy as someone dancing alone in a T-shirt and underwear. 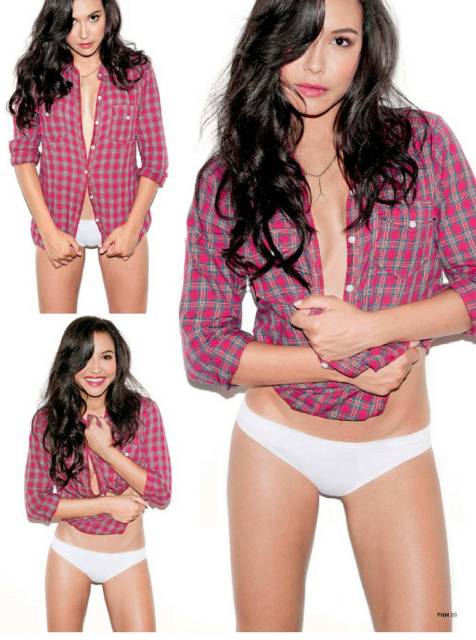 Naya Rivera has blessed us with so many hot underwear looks that I had to feature her a second time. In a contrast to her usual matching set of balconette bras and panties, this look stands out because it’s just so real. For better or for worse, white cotton bikini-cut underwear is probably the go-to underwear for millions of women across the age spectrum. To me, there is something comforting and sexy in that alone. I wonder how many women out there right now are wearing white cotton bikini cut underwear and whatever shirt they wore to work that day.

Lindsay Lohan is an excellent model who can work any look; however, there is something standout about this style. I love how her retro high-waisted underwear feels just a little bit queer. Yes, she is wearing the omnipresent virginal white satin lingerie set that was probably worn by plenty of our grandmothers back in the day. Still, no one really dresses like this anymore. With the exception of Spanx and other “shapewear” high-waisted underwear is largely a thing of the past. I think there’s something spectacularly sexy in reclaiming super high underwear as an option. It’s like pretending old world Hollywood glamour could ever be as good as we imagine and pretend it might have been. I know, starting off our underwear styles with Lindsay Lohan does feel a little bit like starting dinner with chocolate cake, but I promise the best is yet to come. 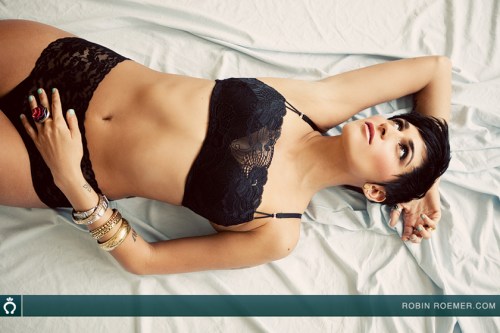 If you’re not quite prepared to go full on retro Lindsay Lohan, Romi’s look offers an alternative that alludes to that same classic pin-up feel without having satin fabric all the way up your waist. That’s probably not going to work with most of your jeans. Romi’s mid-rise hipster-cut lace underwear is flattering and, in my personal opinion, outrageously comfortable. The stretchy lace removes the need for uncomfortable elastic waistbands and, with that, panty lines. She pairs it here with a similarly retro full coverage balconette bra, but it could just as easily be paired with anything black and lacy. 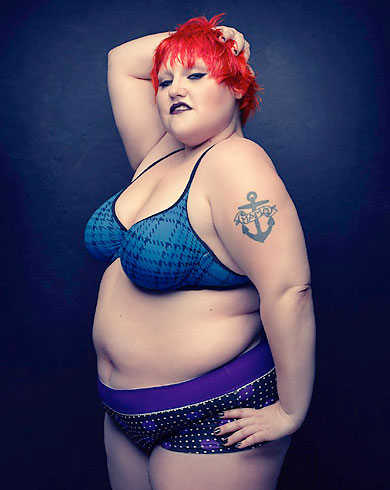 Never one to play it simple, Beth Ditto’s look is both clashing and coordinating. The bright purple and dark turquoise are unexpected yet complement each other so nicely. It’s easy to get stuck on ideas about what underwear should or shouldn’t look like. I think this is particularly true if you’re on the bustier or smaller side and feel like you have fewer options. I love this look because it reminds me that underwear doesn’t have to be all about perfectly matchy matchy tan, white, red or black lace sets. Underwear can be as patterned and crazy as anything else. 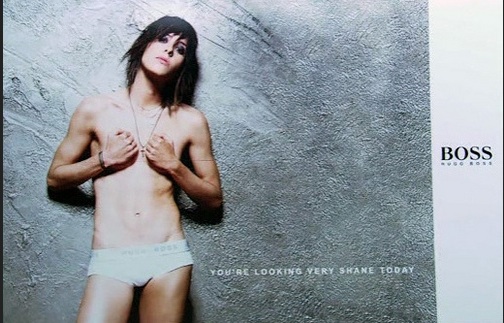 I have to be honest when I say this look is important to me. I know I probably sound silly, but I believe this underwear, and the whole slew of underwear Shane wore on the L Word, sends a very specific and earth shattering message. It says, “This is something I am wearing for the intentionally for the purpose of being attractive to queer women.” There can be no mistaking it. Yes, we also have “comfortable,” “athletic,” “cute” and “sexy.” Those styles are no less queer or less attractive. Still, I have to admit I find something important and powerful in plain cotton whitey-tighties that sends such a strong singular message. Plus it’s really hot.

Underwear is personal, fun and for every ounce about fashion it’s an ounce about comfort. What all these awesome women have in common is that they own the skin they’re in and the skivvies they’re in too.
Sure you can always stick to your same old underwear, but there’s not reason not to try something new. No one will see it but you. Unless you want them to.