Happy Ally Week! While hopefully most LGBQT people were out and sharing their stories last week for National Coming Out Day, there were a few other people getting accolades for their actions. Dear Abby spoke out against Minnesota’s marriage ammendment in a fundraising letter on behalf of Minnesotans United for All Families. Sally Field got an HRC award for her work on behalf of LGBT groups. Former NFL Commissioner Paul Tagliabue donated a large chunk of change to help support the fight for same-sex marriage in Maryland and Maine.

What do all of these lovely people have in common? They’re awesome supporters for one thing. Oh, and they just happen to be straight.

On days like the 11th, when queers are celebrating the fact they’re out and proud, it’s easy to forget the other people that helped along the way. I know we’re strong folk capable of fighting our own battles, but sometimes there’s no harm in taking the help we’re offered along the way. There are only so many of us, and we’re vastly outnumbered when it comes to defending against all of the slurs and barbs. If anything, the political climate nowadays is showing us that there are a lot of people not on our team. 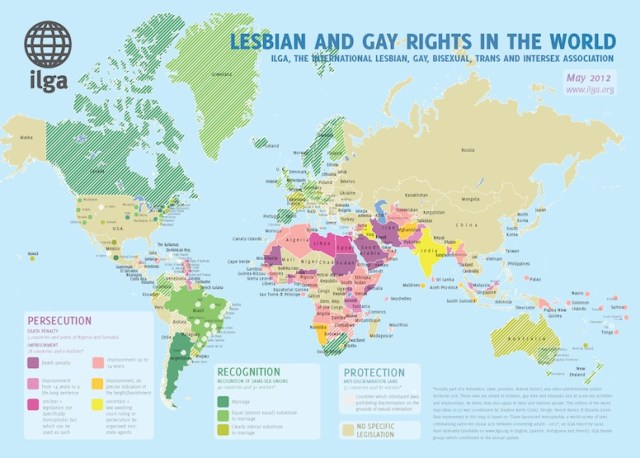 It’s a sad truth right now, but hopefully it won’t always be that way. Whenever I see someone reaching out a hand, I like to extend mine to thank them for what they’re doing. I know life is difficult when you’re queer, but sometimes coming out as a supporter can also be trying. Years before I came out, I remember jumping to my queer friends’ defense yet feeling conflicted. I was an ally for sure, but what on earth does that mean? You never really know what you’re allowed to do, when you’re supposed to defend and whether anyone actually wants your help. So often, queers and straights will throw it in your face that gay rights aren’t your battle so you should probably just back off and stop being so sensitive.

PFLAG and the HRC have both recognized this concern and got together to create and rework resources for the new allies that are that still trying to find their way. Even though gay rights have allies as a support team, it’s still important to answer their questions without making them feel like they’re taking away from the larger conversation. 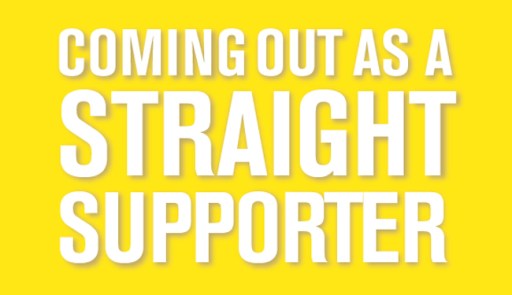 In the spirit of Coming Out Day and the need for visibility, the HRC and PFLAG created a guide for all of the would-be allies. The pamphlet tries to address the myriad questions, concerns and worries one might have when a friend, relative or colleague comes out to them. Will they be safe? How do you show you care without stepping on toes? Can you get your questions answered without seeming like you’re prying?

The coming out process is tough on queers, so it tries to lay out all of the strategies for someone to be the best ally possible. As a queer I take a lot of my knowledge and logic for granted, but for someone that has never even thought about queer issues it may not be common sense. The guide starts from square one, laying out what it means when someone decides to come out to you, to explaining the problem with outing people when it’s with the best of intentions. It covers all of the conflicting feelings, new vocabulary and heightened awareness that allies will encounter.

If you take nothing else away from this guide, remember this: that person in your life who opened up to you made a conscious choice to let you into his or her life, to be honest in his or her relationship with you. That is an act of trust. In doing so, that person has said that he or she wants your relationship to be based on truth.

Now it is up to both of you to find the courage to accept the challenge of honesty. That means being honest with yourself — acknowledging your feelings and coming to terms with them. And it means being honest with this person in your life — asking questions you need to ask, learning the facts and making the effort to understand the realities of being an LGBT individual so that you can be truly informed and supportive. 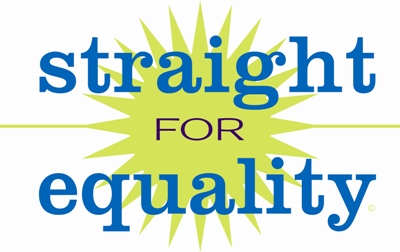 PFLAG created an Ally Spectrum as part of their Straight for Equality campaign. The campaign started in 2007 as a way for allies to learn what to do when it comes to supporting queer communities. The new edition  recognizes that allies can be as diverse as the people they wish to support. The website offers tailored answers and resources for their entire spectrum since new allies will have different concerns than someone that’s been helping out for years. In the same way recently out queers need to gain experience and confidence before they can hold their heads high, allies need a bit of time to mature as well.

I wouldn’t be out today if it weren’t for my queer friends blazing the trail and my allies watching my back. It’s going to be a long journey towards equality for all us, so we might as well enlist some buddies for the trip. If you came out last week and your peers looked both elated and concerned, hold their hands so they can take the first baby steps and learn to come out too.