In a previous post, I talked a bit about my experience with redefining my queerness in sobriety. Changing my relationship with Pride was one of the first and hardest things I had to do as a sober queer. I currently have five years of sobriety and I plan on celebrating Pride in New York City dancing, singing, marching, and rejoicing all things LGBTQ… and doing it sober for the fifth consecutive year! However, getting to a place where I could enjoy Pride in sobriety was certainly a challenge; especially considering I spent my heavy drinking years (10 to be exact) at Pride face down in a bottle of vodka.

Confession: I could have been celebrating six years of sobriety this year. However, I relapsed three times during the first year that I attempted to get sober. One of those relapses happened the night before the 2008 NYC Pride parade. Good lawd, I remember it like it was yesterday. I did absolutely NOTHING that my sponsor told me to do in order to prepare for Pride full well knowing that Pride is like gay St. Paddy’s Day when it comes to alcohol and drug consumption. With only 50-something days of sobriety under my belt, I thought I’d wing it. I took some heavy drinking friends visiting from out of town to a bar. After white-knuckling it for a few hours, I downed a glass of Champagne with them because I couldn’t stand being the teetotaler in a room full of insane partying. That glass of bubbly turned into a full on bender. I recall leaving a nightclub at 8am with a DJ and my friends (I couldn’t believe the sun was out) and we all continued drinking at my place. When my friends left at 11am, I stood in my living room alone and mortified. I reeked of alcohol and cigarettes. I was sick to my stomach. I spent an obscene amount of money. (Well, obscene for my income bracket.) And, I had to make a number of embarrassing phone calls, including one to let my sober friends know that I was too hung-over to march with them in the parade and another to my sponsor to let her know that I had relapsed… again. Instead of attending the parade, I spent the day in bed alternating between crying, vomiting, and sleeping.

I really was committed to getting sober and never wanted to experience hangovers and drunken shame again. But, I was in a jam: I loved Pride and still wanted to be a part of it, however, I was afraid I could no longer enjoy the festivities anymore if I were sober. Over the years, I had convinced myself that my mind needed to be in an altered state in order to share in the spirit of the day with my fellow queers. I had to ask a hard question: Do I really have to ban myself from Pride in order to stay sober? The answer for me was “no.” While some people struggling to get and stay sober do in fact have to avoid Pride because it is too much of a trigger, others, such as myself, can find ways of changing their perspective and learn to love things about Pride other than getting f*cked up. In fact, attending Pride sober over the years has made me even more proud, more engaged, because Pride is not about getting wasted and often times the real meaning and purpose of coming together as a community is overshadowed by the debauchery (No judgment. The debauchery is fun.)

Here are some tools I employ to protect my sobriety while still allowing me to participate in all of the fun. If you’re concerned about being a sober queer at Pride this year, some of these tools may come in handy:

Pregame at a meeting

Before you head to any Pride event, attend an AA, harm-reduction, or other supportive meeting and get some love and wisdom from your sober family. Sharing at a meeting, or even just listening to what your peers have to say, can remind you of why your sobriety is important and provide you with the fierceness you need to be of service to yourself and others.

Remember your “friend” who would hold your hair back while you threw up? Well, your sober friend will one up that by helping you avoid needing to have your hair held back as you hug a bowl full of E. coli in the first place. And, your sober friend will be on the same plane as you, so you can have meaningful shared experiences that no one who is drinking can 100% relate to. These experiences are important if one of the reasons why you drink is to feel included. You and your sober friend(s) will have your own inside jokes, your own exclusive club.

Always have a (non-alcoholic) drank

Sometimes other people are more uncomfortable about you not drinking than you actually are, a phenomenon that Megan Knash talks about in her article, “My not drinking bothers friends.” Knash states,

“I couldn’t figure out why the roommate kept bringing up my dryness that evening, but I suspect the threat of having a non-drinker in the midst is that, when folks are drinking together, everyone — except the abstainer — is going somewhere. Together. On a journey. Booze softens the edges. It massages the ache of unspoken words. It dissolves the perceived boundaries among people. When you’re sober, especially if you want to stay that way, you have to be at peace with where you are. You have to believe you’re already where you need to be.”

One way that I get people off my case about not drinking is to always have my favorite non-alcoholic drink in my hand. This makes people, who always just assume that there’s alcohol in my cup, think that I’m getting drunk with them, which is hilarious because I get to watch their drunken madness unfold.

Holding onto a drink also gives me something to do with my hands. Addicts are very ritualistic. A martini glass was my go-to ritualistic paraphernalia, so I’ll ask the bartender to pour me a cran-pineapple-seltzer in fancy stemware.

If you’re not out as sober, make sure you have a good excuse about why you’re not drinking for the members of the drink patrol. You know, the ones that chase you around trying to get you to take shots with them and forcing drinks down everyone’s throats all night. I usually use the “I’m on powerful antibiotics and I’ve been drinking cran-pineapple-seltzer all night” excuse.

HALT stands for Hungry, Angry, Lonely, Tired. Any three of these can trigger a relapse. So, if one minute you’re fine and the next you’re feeling like you can just down a fifth, remember to check in with yourself and assess if you need to phone a sober friend, take a nap, or just get something to eat. When in HALT, sometimes an iced coffee works for me because I find that I get a bit tense when I’m under-caffeinated. But, be careful – caffeine can also trigger a relapse for some.

Nails did? Weave right? Brand new bow tie? Fresh scent? Check! Pamper yourself. Step up on some next level shit. When I walk out of the house knowing I look fly, I exude confidence. And, one of the major reasons why I drank in the first place is that I lacked confidence. Add it up. Besides, I always love ending the night looking as fresh as when I started it, instead of having a crooked eye, running mascara, and broken heels. #iwokeuplikethis

There is a reason why you got sober. Don’t forget it by romanticizing how amazing Pride will be if you just had a few drinks. Instead of simply thinking about immediate gratification, “play the tape” until the end. Where is that one drink going to take you? Will your movie end as an uplifting story of triumph or as a horror flick with mass carnage?

Have an exit strategy

Ok, shit just got weird because you want to drink, if you stay a minute longer you will drink, you’ve stopped talking, and now you just gotta GO! But, if you run away like a bat outta hell, your friends are going to wonder, “WTF?” Someone might convince you to come back and that may result in you drinking. Or, you just may create a lot of angry, awkward, and embarrassing feelings by ditching your friends without cause. Please, have a game plan my friend. Think of an exit strategy that can quickly get you out of any situation without things getting all Twilight Zone. Sometimes, out of nowhere, I will suddenly remember that I left my curling iron on. Shit burns down in NYC. BRB. TTLY.

“Heritage of Pride hosts New York City’s Pride events in commemoration of the Stonewall Riots of 1969, the beginning of the modern Gay Rights movement. Heritage of Pride works toward a future without discrimination where all people have equal rights under the law. We do this by producing LGBT Pride events that inspire, educate, commemorate and celebrate our diverse community.” There it is. That’s the mission of NYC Pride, which I am sure is similar to the missions of other Pride events all across the world. That’s the point. Nowhere in that mission statement does it say the purpose of Pride is to get wasted. We addicts can make lots of excuses to get f*cked up. Really think about whether you’re using Pride as just another excuse. 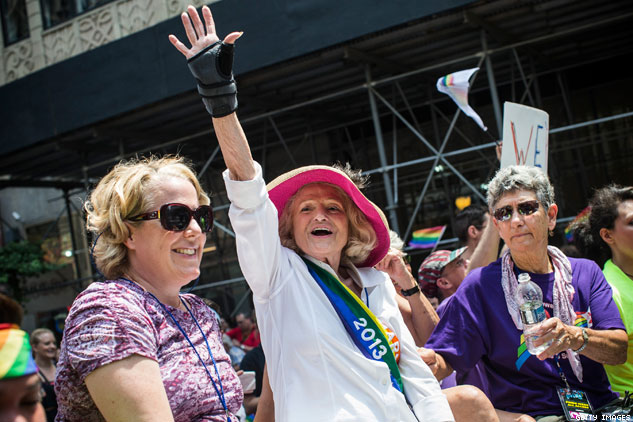 There are many ways to advance the actual goals of Pride in your area. Look for opportunities to volunteer, march, rally, organize, support LGBTQ artists and activist, and engage with the community in a healthy, positive manner. In fact, you don’t need to be sober to do this. Use Pride to be the change you want to see! 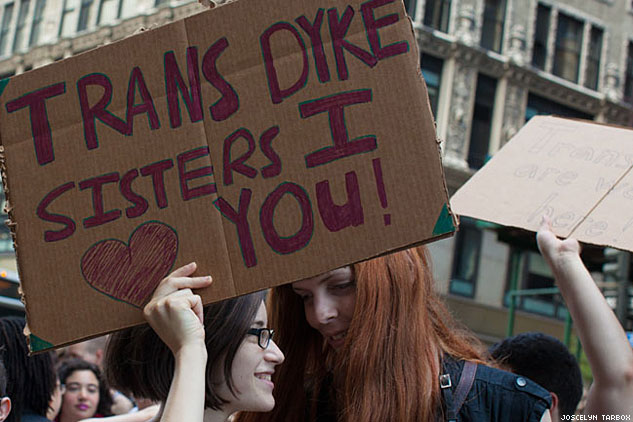