Sage Smith, a trans* woman from Charlottesville, Virginia, has been missing for over 20 days; the 19-year-old’s disappearance has been largely ignored by the press and her case has been fumbled by the police.

Family members, eager to bring Smith home, have been speaking out about their desire to bring on FBI and other authoritative supports in the case; their own local community’s response has been disheartening and disappointing.  “I can’t brag on Charlottesville when my little 19-year-old cousin is missing,” one of Smith’s family members told reporters. 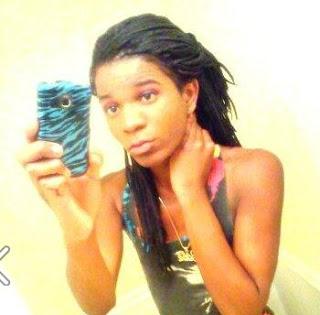 Smith’s disappearance was covered locally by only one outlet after she was last seen November 29 by her family. The coverage, which largely dismissed her gender identity, employed male pronouns and thus improperly identified her to the entire community served, did not unfold into any greater focus on her whereabouts. The police continued the spread of misinformation, rebutting when challenged by her family members for inaction that “it will continue to be a top priority [for the department] until we find this young man and, by the grace of God, bring him home.”

Smith was last seen almost three weeks ago, leaving to meet 21-year-old Eric McFadden at a local train station. Two days later she still hadn’t come home and her family notified police, who had by that time lost track of Erik McFadden after interviewing him initially. McFadden has now reportedly left the area.

Support has been provided in the form of community and religious groups focused on LGBT acceptance, though even those steps toward good come at the cost of incorrect pronoun usage and references to Sage as Dashad.

“I have fears that because of who Dashad is, because he is Sage, that maybe that is one of the reasons,” said Miller [a Pastor]. “Sage is made in the image of God, is loved. The community of faith supports the family…the LGBTQ community here in Charlottesville, we stand in solidarity with you, we love you, and we desperately want Dashad to be brought home safe.”

“We miss him and we just want to get to the bottom of it to know that he’s okay,” said Page.

Very few people have inspired me the way Sage has. Sage never once apologized for being who she was, always pushing through the hard times. If only we could all have that spirit of love and strength in the face of trials. In addition to her strength, Sage is always the first to show some love to those who need it most. Regardless of gender, sex, race, sexual orientation, or anything else, Sage’s heart shows love to any and all who will have it.

To bring Sage Smith home will involve a community rising: a stepping up of police to conquer their own discriminatory brains, a stepping up of her peers to raise awareness and start important conversation, and a stepping up of the mainstream media to make sure her story and her image remain visible for as long as we have hope she could come back. Until we find her:

Telling the stories of LGBTQ people of color is more than simply the right thing to do; it is a matter of journalistic integrity. When outlets make a choice not to tell certain stories, especially those that affect communities as deeply as Sage’s, they lose value and credence with audiences and communities. It also sends the message that certain stories and perspectives are more valuable than others. If Sage Smith has met the same fate as Mitrice Richardson, could more media attention early on have saved her life?

Sage Smith’s story, her family’s pain and her community’s concern are as valid as any other story, and these voices deserve to be heard. So again, I and the rest of the community ask: Where is Sage Smith?

If you have any information, please contact the Charlottesville, VA Police Department at 434-977-4000.

In my heart of hearts, I will stay hopeful for Sage’s return home. And for other queers in her neighborhood, I’ll keep my fingers crossed for progress.