If you’re a new reader and want to get involved, catch up now so we can call this motherf*cking record club to order! 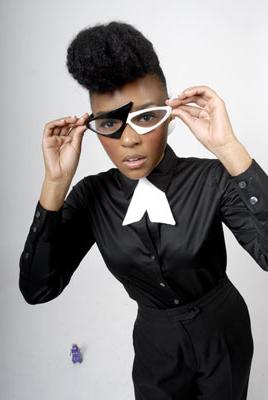 So, What Did You Think?

Did you lock yourself in your bedroom and perfect ‘the tightrope’? Yeah I know you did. I’ll tell you what I thought. My number one feeling about The ArchAndroid is that it’s 70 minutes long. That’s a lot to take in, right? Particularly if your formative years involved way too much punk music, MAD & MTV. 70 minutes is a goddamn lifetime.

Janelle Monáe intended for this record to be an “emotion picture”, something to be consumed from start to finish, like a movie. But the moment I realized that the record was split into two parts – Suite II & Suite III – this idea became far less daunting. If you approached this album in halves like I did, which end of the record did you prefer?

Suite II is no doubt the crowd favorite, a full-on assault of kicks, hooks and hits that have been designed to make you soar. Suite III, on the other hand, was made up of far softer, more experimental sounds. Once Suite II lifted me up and up, Suite II did such a perfect job of bringing me back down. And I think that’s exactly what she wanted. Clever, huh.

I won’t say too much more about what this album sounds like – if you’ve read this far then you’ve probably already heard it. And if you haven’t, Pitchfork can fill you in.

“The ArchAndroid immediately dazzles you with its ambition. It’s a 70-minute, 18-track epic telling a futuristic story starring a messianic android. The songs zip gleefully from genre to genre, mostly grounded in R&B and funk, but spinning out into rap, pastoral British folk, psychedelic rock, disco, cabaret, cinematic scores, and whatever else strikes her fancy.“ 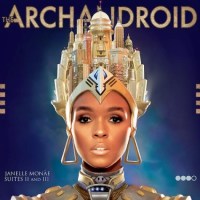 This Is A Story About A Robot. Isn’t It?

Let’s talk  about the concept, this futuristic story starring a messianic android. Who heard it in the music? I didn’t. Short of the occasional shout out to a cyborg or android, for me the story didn’t cut through. I suspect it’s largely because I haven’t yet heard the beginning of the saga, Metropolis – Suite 1. So rather than embark on a research intensive hunt for Monáe’s robotic messiah, I decided to blindly accept its existence and move on, there was no time to dig for the little nuances. But if you have heard Metropolis, I hope you’ll share a little about how The ArchAndroid stands up as a continuation.

What I admire most about The ArchAndroid is the amount of ambition and bravery behind it. Not only is a complete genref*ck, she’s taken every idea we’ve had about what popular music and popular female artists should be and smashed it to pieces – apologetically. It’s not that she’s without influences, some of you may have noticed she’s tipping her hat to those visionaries before her – Andre 3000, Big Boi, Gnarls Barkley and more. Like them, Monáe hasn’t just tinkered with a few new sounds. What we she gave us was a no holds barred expression of her individual style with seemingly (thankfully?) no regard for what her peers were doing. She took huge risks, and according the critics and fans, they led to huge rewards. Just not ones that reflect on the Billboard charts.

Some of the more interesting conversations I’ve heard regarding Monáe’s lack of chart success was started by Jezebel, who posed the question, is real talent just not that interesting? A quick scan of Billboard today says it isn’t so. Hasn’t it always been this way? Or are we just starting to hold music consumers to a higher standard now? We should. The world’s far more interconnected now, digital devices and connection to the internet give us exposure to more music than ever before. There are no fools anymore, we’re all fully accountable for we choose to consume and support. But I digress.

Another popular theory for Monáe’s lack of success is her image, her androgynous tuxedo-sporting ways that we love so much. She doesn’t just sound different, she looks different – and if you don’t like it, she’s not afraid to call you out for it. Just see Music Nerdery’s piece about the stylish b&w remix video of ‘Tightrope’ [“People sayin’ why don’t she change her clothes? Well they ain’t seen the last 3 times I’ve posed in Vogue.”]

And while this record does indeed play out like an extended theatrical experience, every single song stands up on its own. Well, almost every single song. I still don’t know what to make of ‘Neon Gumbo’. I have a strong appreciation for the lead single, ‘Tightrope’ (ft. Big Boi). Alex does too. But for me, ‘Locked Inside’ and ‘Oh Maker’ were the real heroes on the album. What were your favorite tracks?

My overall feeling about this artist is the exact the same as this website expressed back in April. Janelle Monáe is the future. And come December, I think The ArchAndroid is going to be a very strong contender for Record of the Year.

But enough about my feelings. Let’s finish this conversation in the comments section. To get you in the mood, watch Monáe do the Tightrope. The Vine calls this live performance a kick-ass, life-affirming and truly career-defining four minutes, and I couldn’t agree more.