[Nussbaum] explains that much of the political rhetoric around denying equal rights to gay Americans is rooted in the language of disgust. Their activities are depicted as “vile and revolting,” threatening to “contaminate and defile” the rest of us. Looked at starkly, she argues, much of the anti-gay argument is bound up in feces and saliva, germs, contagion and blood.

Nussbaum suggests that moving forward on gay rights will require a re-orientation to “the politics of humanity”:

Nussbaum calls for “imagination” and “empathy,” for respect and the willingness to listen to new narratives. In effect, this is a moral call to walk in the other guy’s moccasins before we call him revolting. She observes that this “capacity for generous and flexible engagement with the sufferings and hopes of other people” was described by Adam Smith (of all people) back in the 18th century, even though it is derided as unmoored, mushy-headed, and even dangerous today. In Nussbaum’s formulation, imagination and empathy are essential to overcoming the childish biases that allow us to use our legal machinery to turn others into subhumans.

This reminded me of something I was reading last night — I’ve been plowing through this Seal Studies book series on Feminism and I just finished a section on the role of “Loving” (yeah, LOVE, like the kind you feel for ice cream and your BFFE) in breaking down barriers between women of color and white women within the feminist movement. See chicklets, back in the day during first and second wave feminism, women of color & lesbians of all races felt shafted by the dominant feminist white heterosexual paradigm ’cause um, the pain of being a Stepford Wife was not exactly near-and-dear/relevant. Though progress has been made since then, it’s still a problem.

So how do we fix this? LOVE OBVS! Empathy! We begin with LOVING EACH OTHER ’cause the root of all evil is being judgey and seeking to affirm/deny stereotypes when meeting people rather than being a Good Loving Woman with an Open  Mind and a Blank Slate and “seeing everyone, absolutely everyone,” as philosopher Maria Lugones suggests, as “potential allies, potential colleagues, potential friends.”

Mariana Ortega‘s advice is similarly relevant — “white feminists must reconsider what gaining knowledge about other women means.  Traveling to someone’s world should include ‘learning her language, living in her environment, and trying to understand issues from her perspective (as hard as this may be) and imagining what it means to be in their world.'”

And w/r/t gay people, as long as that world is dominated by derogatory words related to forced buttsex, no one is going to want to travel to it. Although really, there is nothing wrong with buttsex. It just makes people feel weird I guess.

I feel this is a good reminder of why it’s super duper critical in our fight for equality to be as out as possible, whenever and wherever possible, and especially to those who are close to us. People are a hell of a lot more likely to be supportive, non-assholes if they know a Real Live Gay Person! Also, they already view you as a whole person, so there won’t be such a focus on your buttsex / scissoring. See?:

Among poll respondents with a gay friend or family member, 81 percent are now in favor of allowing them to serve [in the military].

This is what the WORLD OF LOVING looks like FYI: 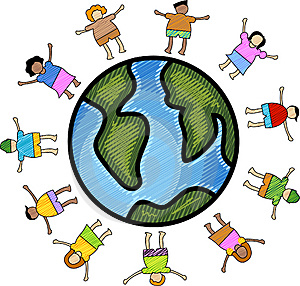 Bringing it back to Nussbaum’s case for how to change gay rights:

…we must replace one set of fantasies—about homosexuals as aggressive outsiders who seek to defile us—with the reality that they are just like us, people with aspirations and dreams and desires.

Also, I think Willy Wonka made some good points on this issue:

Andddd in related news, Gay Asians in Yorkshire say racism is alive and well within their gay community: “Gay people always say they’re more sensitive to other peoples’ needs, so it’s ironic that I get more racism from gay men than any other community.” Nice, way to go guys! (@bbc)

WOMEN’S DAY:
March 8th was International Women’s Day, a day globally devoted to “celebrating the economic, political and social achievements of women past, present and future.” The day was indeed celebrated, from Gaza to Tunisia, Paris to 1600 Pennsylvania Avenue. Check out a great gallery from images all over the world.  (@jezebel)

Feministing also has some ruminations on the day and reflects on Yoko Ono’s “Woman Power.” (@feministing)

LOST BOYS:
Corey Haim died of an apparent drug overdose at the age of 38. Salon has a video look back on his life and troubled adulthood. (@salon)

LITTLE MERMAID:
Watching The Little Mermaid while trans: “I identified with her instantly. Her problems made so much sense. Her whole world was wrong – she knew where she belonged, but no one could understand. And she didn’t care, she went for it anyway, became the person she knew she should be in the world where she knew she belonged.” (@feministing)

I WANT MY GAY TV:
Florida’s Rep. Stephen Precourt is attempting to pass a bill that would prevent films or TV productions with homosexual content from receiving the tax breaks that are normally provided for others shooting in the sunshine state. “The bill would prohibit productions with ‘nontraditional family values’ from receiving a so-called family-friendly tax credit. But it doesn’t define what ‘nontraditional family values’ are, something the bill’s sponsor had a hard time doing, too.” (@palmbeachpost)

SHOPPING:
Last night was a triumphant hour of television on Comedy Central. Here, Colbert spars with the maker of “The Story of Stuff,” which made us feel very affirmed about our decision to jump off the cycle and pursue our dreams!

Also last night on The Daily Show, Jon Stewart argued with Marc Thiessen. Jon Stewart obviously won, and then Marc spent the two minutes at the end of the interview whining about how Jon steamrolled him, when he could’ve been talking nonstop. YOU MUST WATCH. The full unedited video can be seen here (@huffpo, @salon)