I found myself looking at my hands the other day, as you do when you’re avoiding doing something, and I noticed my left ring finger’s prominence. It’s not the first time I’ve been caught by it, but it made me think about those studies linking digit ratio to sexual orientation, where gay women often mimicked the hands of straight men with a longer ring vs. index, and gay men mimicked those of straight women with a longer index vs. ring, which is all said to be influenced by prenatal testosterone exposure. These studies are all assuming some very concrete things about gender/sexuality which we know IS RELATIVE, but I thought it’d still be fun for everyone to interpret their hand’s reading based on how they identify. Plus I would get to see pictures of these wonderful people’s hands. And now so do you! 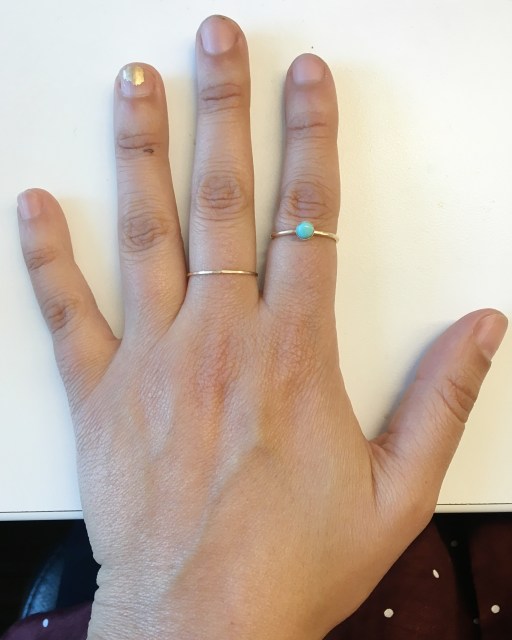 “When I was younger I heard the hand myth (so I believe) about length of digit corresponding to h o m o s e x u a l i t y and, eager to “prove” my bisexuality, I would curve my hand slightly so as to make my index and ring finger align perfectly. In reality, I am neither a perfect 50-50 in attraction nor in digit size, but who is, really? I did pass the ‘look at your hands’ test with flying colors, so I’ve got that going for me.” 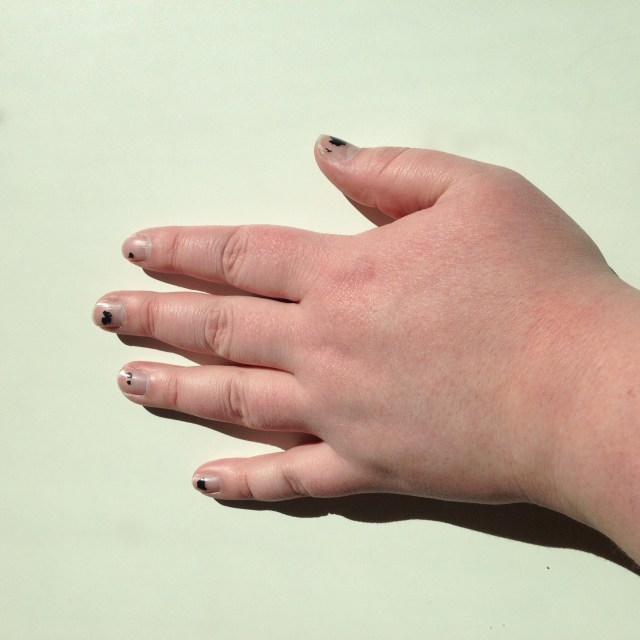 “As a kid in elementary school, I definitely heard the thing about your index finger and ring finger length being a sign of being gay. However, as a closeted trans girl desperately trying to prove to the world that she was a (somewhat) masculine straight boy, I heard that if my index finger was longer than my ring finger than that meant I was gay, something I was often accused of being and often terrified I was. So it came as a huge relief when I saw that, no, my ring finger is longer than my index, meaning that I was safe and straight. I used this as evidence that I was a normal boy for several years. Now that I realize I’m actually a woman, those same finger lengths mean something else; they mean I’m just as gay (or maybe even moreso) than I always feared I’d become.” 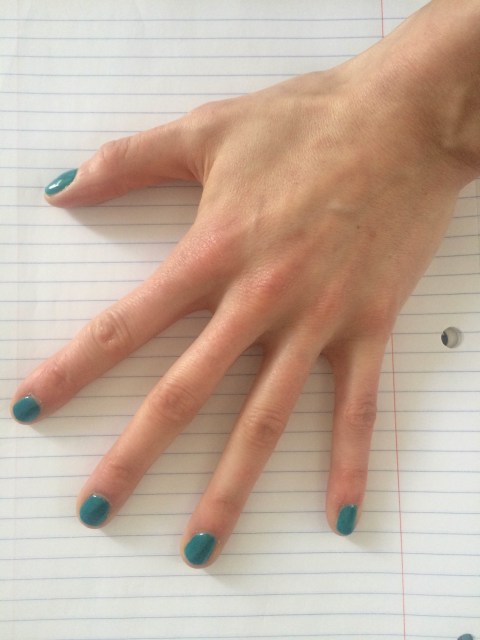 “You know how when you’re younger grown ups are always commenting on your body parts and physical attributes and what they mean? People would always be like wow you have really long fingers do you play piano? And like no I got kicked out of piano lessons. So they’d be like do you play basketball? Cause I was tall and I had big hands so basketball, right? But I was also super clumsy and had mediocre endurance and aim so I wasn’t very good at basketball either. So when I was a teenager I’d follow all this up with like, ‘Welp, there’s always lesbianism! Too bad I’m not a lesbian!’ And look at me now.” 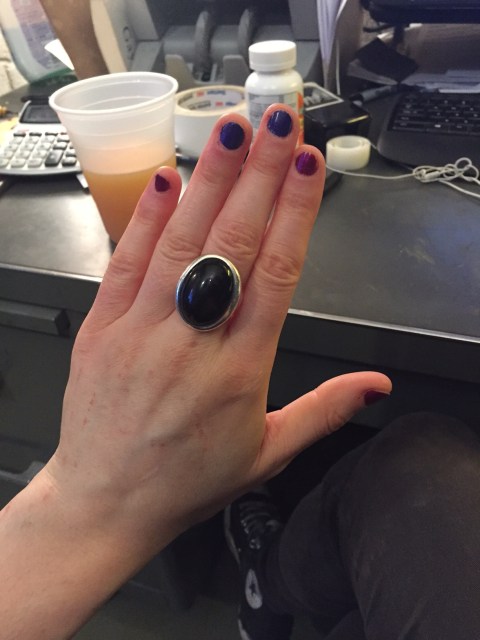 “I can never remember which finger is supposed to make me gay. I guess this is part of the whole indecisive bisexual thing.” 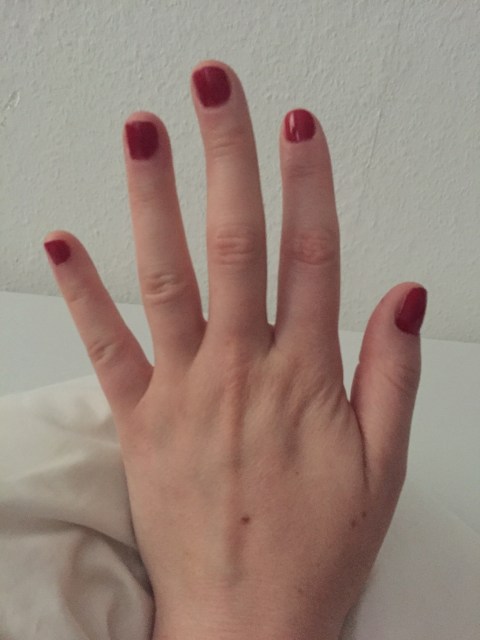 “I remember the index finger thing, and how we all went around comparing/policing each other in elementary school. I think I was ‘safe’ from being gay?! I also remember this thing in high school about how you could tell if someone was gay or not by the way they looked at their nails. Apparently, girls looked at their nails by stretching out all of their finger in front of them (like a diva, maybe?) and boys did it by curling their fingers up into their palms. So if you were a girl who did it like a boy you were gay, and if you were a boy who did it like a girl you were gay, but I think we were all gays having the conversation so we really embraced the silliness of it all.” 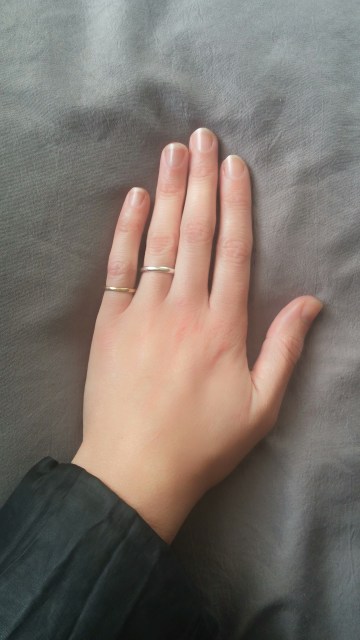 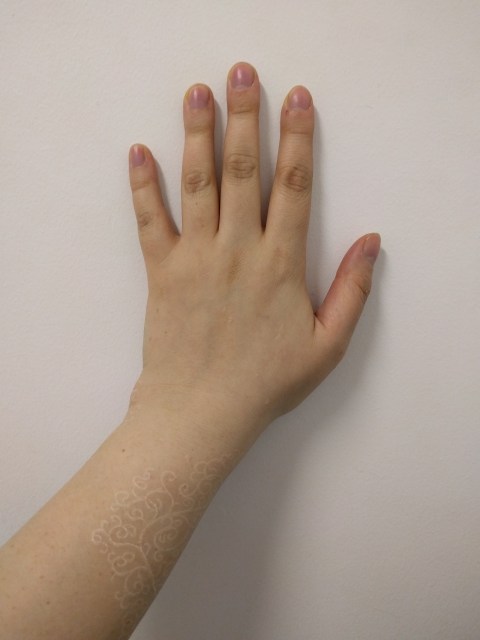 “I don’t have any feelings about this myth, but I do have some feelings about making what amounts to a photo gallery of queer lady sex organs. So yes, I volunteer as tribute. Looks like my ring and index fingers are equal length.” 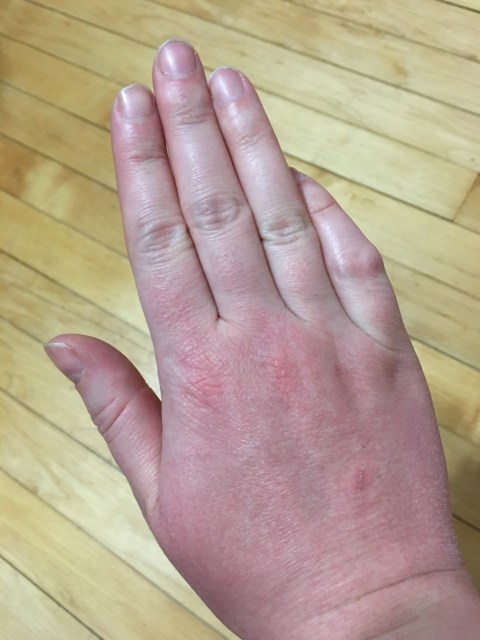 “So many meaningful parts of my identity tied up in this hand, like my poor circulation and forgetfulness about moisturizing. Oh, maybe I should add that my pinkie is broken from playing catch when I was ten. Maybe that made me bisexual, idk.” 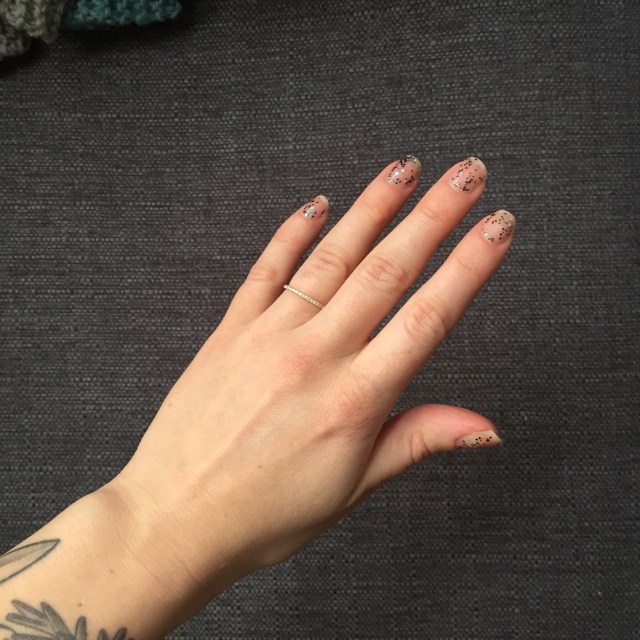 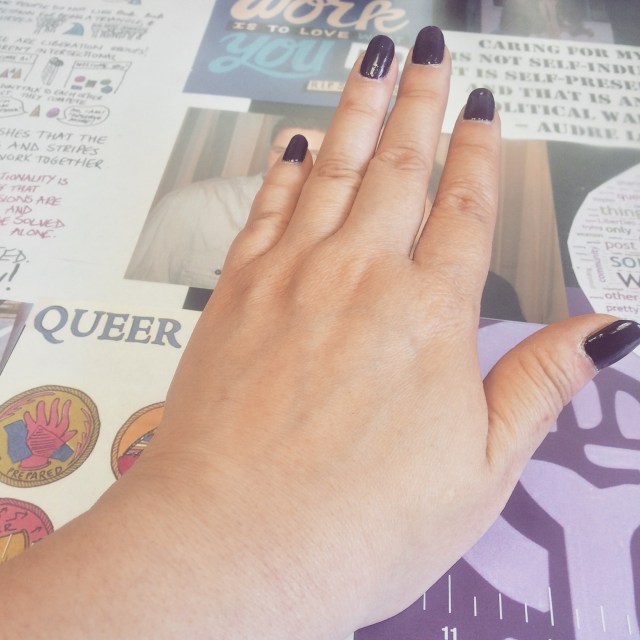 “This picture is taken at such an angle that my digits look pretty lady gay, meaning my ring finger looks much longer than my index finger. However, in reality, they are almost exactly the same length. I guess this must be why I’m bi/pan/queer/whatever? These kinds of genetic or biological theories about sexual orientation always make me feel left out as a confirmed and card-carrying bisexual because they typically only include gay and straight as options. Like, what should my fingers look like if I’m a Kinsey 4.5791053 with a predilection for bois in eyeliner and grrrls with hairy armpits? What then? What I do know is that I’ve been a nail-biter since I was five years old and I just finally, in the last several months, finally succeeded in giving up the bad habit. So I’m pretty impressed with my nail length right now, even if I have to put on latex gloves for sexy times.” 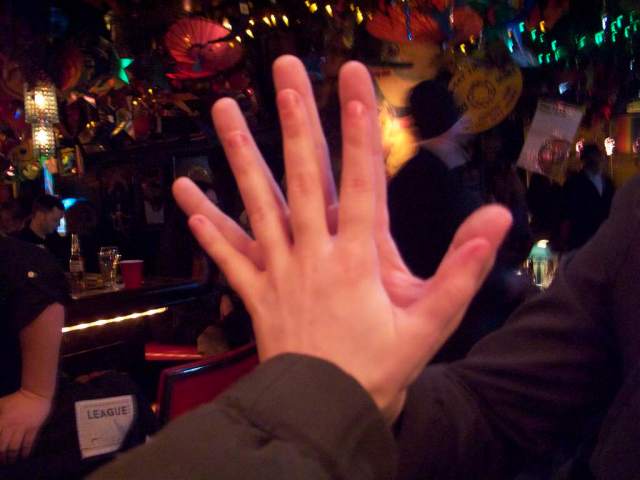 **CAUTION: NOT FOR THE FAINT OF HEART**

“This is my girlfriend’s hand; mine’s on the other side. For some reason she snapped this photo the night we met. 4:00 am in a random Manhattan diner because I wanted a cheeseburger (and because dinner and standing out in the snow and shutting down the bar just didn’t seem like enough time with her. I was only in town for the weekend, you see). Probably she took it because her hands are so tiny and my hands are so enormous and it seemed like a funny juxtaposition. We didn’t know the night she took this photo that we’d still be holding hands six years later, promising to hold hands for the rest of our lives.” 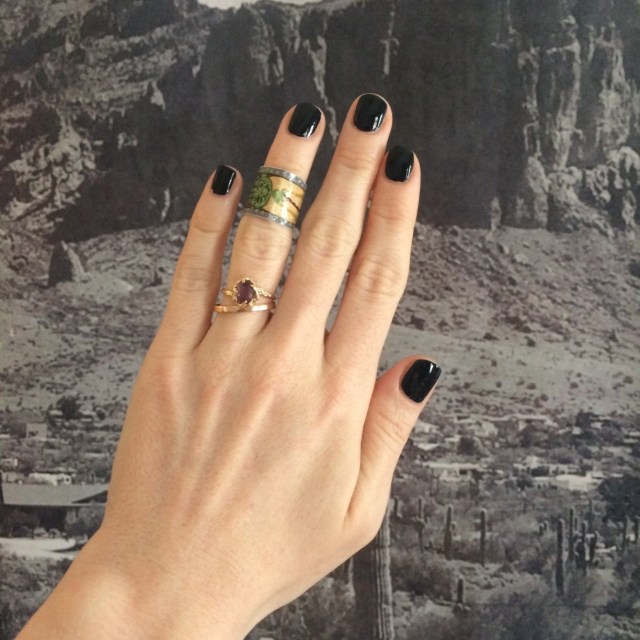 “This hand didn’t know it was gay for like, a long time. Like over 20 years! When it found out how gay it was, it was so excited and happy to be alive in this world. My hand currently IDs as queer lesbian man-hater.”