“New York isn’t New York without you, love / So far in a few blocks to be so low / And if I call you from First Avenue / Where you’re the only motherfucker in this city who can handle me,” Clark sings mournfully, and the entire world stops. I’m not even a huge St Vincent fan and this song completely ruined me.

So who’s the song about? Clark has famously dated musician/actress Carrie Brownstein, model/actress Cara Delevingne and actress/sulkmonster Kristen Stewart (she was also rumored to be involved with musician Lissy Trullie in or around 2009). Is the song about heartbreaker Carrie Brownstein? Both performers are notoriously private, and although tabloids love to speculate about the breakup being less than amicable, little is known about their relationship or its demise.

Of these, it seems that her most intense relationship was with Delevingne, with whom Clark was rumored to be engaged; the two seem to have remained good friends. As far as we know, all clues seem to point in this direction.

“New love wasn’t true love, back to you, love / So much for a home run with some blue bloods / If I last-strawed you on Eighth Avenue / Where you’re the only motherfucker in the city who can stand me.” Story checks out! 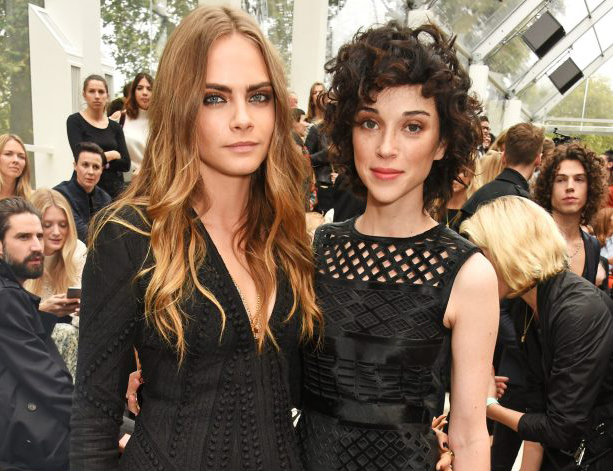 Remember when Cara and Annie broke up and then Annie was almost immediately spotted walking down Astor Place with Kristen Stewart in matchy-matchy outfits? And then five minutes later that relationship was over too, and Cara and Annie were seen out together in LA? I do.

Currently in LA @st_vincent and @Caradelevingne are enjoying dinner with family and friends. Cara spending Christmas in Dallas or nah? pic.twitter.com/Cp7RR5RS9t

Cara, if you’re out there, don’t fuck it up.