Earlier today, we reported that the romance between modeling/acting/glaring triple threat Cara Delevingne and the actual blazing sun Annie Clark had ended. Since then, we have been corrected by Ms. Delehooha herself via her Twitter:

I am very much in love ❤️

With her film debut imminent and her modeling career continuing to skyrocket, Delevingne had been theorized to have ended the relationship due to “work commitments,” one of the most bullshit reasons to end a relationship short of “I just really need to work on myself right now.” Yahoo reports that Delevingne had real, heartfelt emotions for Annie Clark (don’t we all) and that she had been truly gutted to have dumped her. Lucky us, their flame continues to burn bright as they gaze lovingly into each others’ eyes, rubbing their skeletons against one another with great panache. Just last week, they were spotted together at a Burberry event at the Griffith Observatory in Los Angeles, looking fashionable and important, rubbing elbows with Jamie Hince and the Beckham family. Cara wore her best marching band uniform and proudly showed off her eyebrows to the rabid throngs of paparazzi. As we mentioned earlier, the pair had already met each others’ families, and Cara is said to have gotten a small tattoo of the initials AC. The pair have only been linked since about February, so I sincerely hope that tattoo is commemorating Cara’s deep love for Aaron Carter or Alice Cooper or something.

As far as we know, Cara Delevingne has been Instagramming pictures of sad quotes and cartoons, one of the oddest coping mechanisms of our time. In our dreams, Annie Clark has been thinking about calling Autostraddle contributing editor Cara Giaimo and inviting her to lunch. The best thing to come out of their brief pairing so far is the birth of my Cara Delevingne paper doll, which I hope to get extensive use out of in the future. 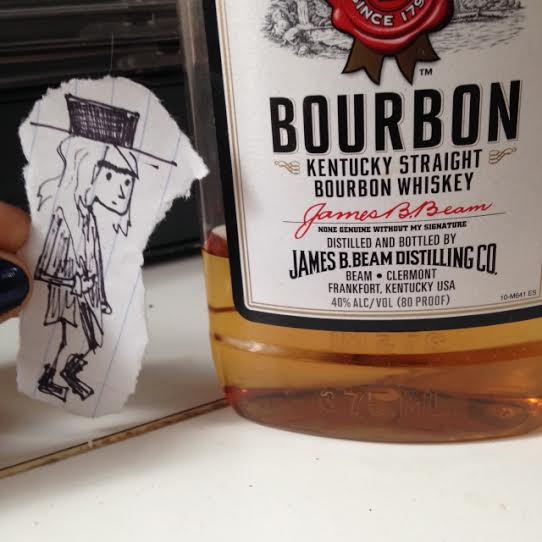 In the meantime, despite having publicly declared themselves gal pals this past Valentine’s Day, it seems that the epic love affair between Ireland Baldwin and Angel Haze has finally come to an end. In a post on their Tumblr, Haze addressed a fan’s questions concerning the death of their relationship, which seemed really sweet and sincere and which I will probably mourn forever despite not actually knowing either of these people in real life. The fan asked, “Do you think you and Ireland will reconcile? Your relationship was so special and gave me hope as an agendered person that true love exists and is possible. That we can thrive and survive in a relationship. I hope so, because she truly made you happy.”

Haze replied, “Ah, im very happy to hear that the love we shared was able to give you hope. The dope thing about love is that because it is abundant and forever and completely unaffected by any malice, it never leaves. Ireland and I will always be friends, she is a light in more ways than anyone can understand right now. Dont lose hope for yourself, though; especially not based off my failures. Wait for the person who will need the love you have, you’ll be fine then.”

They also explained that playing “Candlxs” (their super-gooey ode to Ireland) has been “a bit difficult” but that the breakup shouldn’t affect their ability to play the song in the future. While all of this sounds really healthy, they’ve also been writing short, kinda heavy Tumblr posts here and there that definitely didn’t make me a little bit weepy:

i really wish you never left.

i killed it for good.
im sorry.
but i did find some
relief in your eyes tonight. 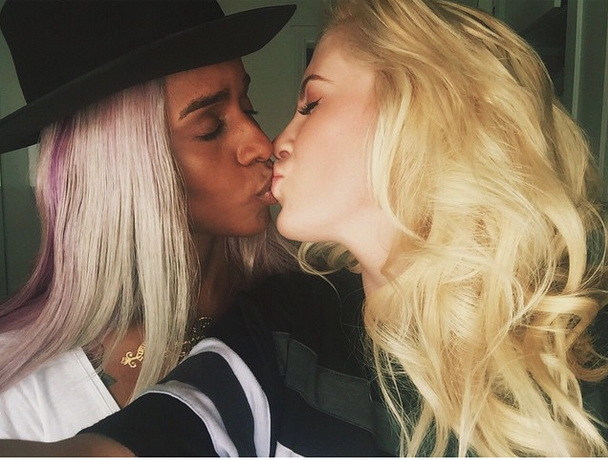 Never before have two gal pals plucked at my heartstrings in such a particular way, and I can only hope that somewhere out there, Kristen Stewart and Alicia Cargile are spending today in a very friendly way. I hope they are buying matching Best Friends necklaces at Claire’s and making friendship bracelets on Kristen’s couch. They may be all we have left.