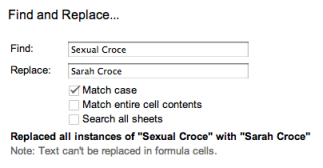 However, while sifting through the Autostraddle Hot 100 Votes, we were struck not only by the variety of ways in which one can spell “Moennig”*, “Portia de Rossi” and “DeGeneres,” but also by the myriad deviations from the contest “rules” — most notably the rules that the contestant must be queer, female-identified, and real. (Let’s not get into the “do not vote for the same person more than once” rule, y’all are hopeless in that regard.)

We thought we would share with you some of our favorite responses to our question: “Who are the top 10 hottest queer women in all the land?”. Here they are:

3. The third basemen on the opposing softball team

13. hot girl w/dreads who fills the bulk bins at a certain Whole Foods in SLC

16. That half-asian fox in the shark cabin

21. the black queen of sogo

27. The girl I’m having a first date with tomorrow, you guys should hear how witty she is!

30. The 2013 Autostraddle Calendar girl who, in the teaser video, identifies as “a really big lesbian” and a “b-o-i boi lesbian”, whose name and designated calendar month has, to my knowledge, not yet been revealed and who, clearly, I have a big crush on (how’s that for a ‘FULL NAME’?!)

32. that one barista at the coffee shop

* It took me three years to remember how to spell Moennig myself though, so.