This just in! We attempt to entertain the unreliable tips for identifying homosexuality based on today’s ridiculous twitter trend: #uknowhowiknowuregay. Read all about it.

ALSO – Laneia announces the winner of the Autostraddle Summer Scavenger Hunt! Look how cute you guys are!

Yesterday our Roundtable topic tackled the big enchilada: Healthcare! Our feelings and stories! The conversation in the comments is really compelling, so check it out. 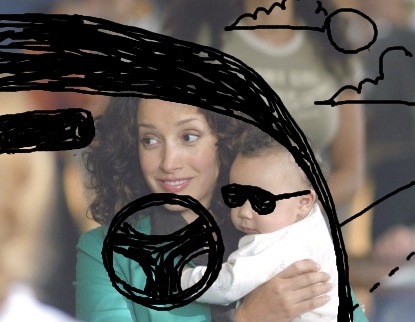 Also, remember Tuesday’s Daily Fix about “The Real L Word” where there was 122 responses/feelings about Chaiken’s new show? Yeah, that was awesome. Y’all are funny you know that? We even drew cartoons for you.

Don’t forget to catch up on your Televisionary this week where you can get your updates on True Blood’s Lesbian Vampire Queen, Nurse Jackie’s Overdose, & Weeds’ Questionable Makeup Choices. Just saying.

LESBIAN RABBI FTW: Also she has a Rabbi girlfriend and is famous in certain circles for her widely published sermon “God is a Woman and She Is Growing Older,” which portrays the deity as a loving if long-suffering mother who wonders why you haven’t called.” “Meet Rabbi Margaret Moers Wenig, who preaches increasingly to the converted: Hebrew congregations and rabbinical and cantorial students who no longer assume that a rabbi has to be a he or heterosexual.” (@nytimes)

LINDSAY LOHAN: Lindsay Lohan has been telling all her ‘friends’ about sexy photos of her & Sam that were “way over the line” which she is worried were stolen from her apartment.  We think we just now finally understood the sex photo scandal excitement that the rest of the world has for heterosexual couple’s revelatory photos. I understand America.

GAY MARRIAGE TASTES GOOD: Should Ben & Jerry’s have come out for gay marriage? On Tuesday Ben and Jerry’s renamed their ‘Chubby Hubby’ flavour ice cream ‘Hubby Hubby’ in celebration of Vermont’s legalisation of gay marriage. Isn’t it odd, incidentally, that only the boys’ unions should be so lauded? Girls, strangely, seem to have been frozen out. (@guardian uk) 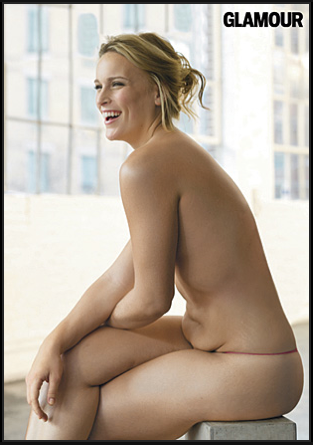 I CAN SEE RUSSIA FROM MY HOUSE: “A year of Sarah Palin: The Video Highlights.” One year ago we were introduced to Sarah Palin via John McCain’s VP nomination… and now we can’t imagine our life without her. (@mediaite)

JESUS: It’s another one of those new-fangled “Stuff this kind of person Likes” blogs, except this one keeps it reals! Stuff Christian Culture Likes is written by the daughter of a preacher — a serious cutie who’s smart and funny. Also, it’s kind of educational — I had no idea Christian culture likes papyrus font!

HOT & HEAVY: Lizzi Miller’s belly roll in Glamour caused a sensation. The Daily Beast talks about why the 180-pound beauty is leading a plus-size revolution AND has a photo gallery of ‘hot & heavy’ models.
+

from Queerty: Dear Straights, Have No Fear There’s Always a Queer!

SURPRISE: Oh good! Once again, other people get to decide if gays will be able to marry or not. So here we are again with the right to marry in a specific state where there’s a chance it’ll just be revoked in two months. When will they stop letting the majority vote for the minority? (@nytimes)

SAME-SEX MARRIAGE: The argument over whether same-sex couples should marry in the District is about a decade past its expiration date: Reality Makes D.C. Marriage Debate Obsolete. (@washington post)

ON A POSITIVE NOTE: “Watching this ad, titled “Sinead’s Hand,” makes it crystal clear that putting the question of marriage on the ballot is not only ludicrous, but it’s offensive as hell”: Ireland’s unbelievably good commercial for marriage equality.

FOX NEWS IS RUINING MY LIFE: Schools in 6 states (surprise, they’re conservative!) won’t air Obama’s back-to-school speech next week because “it gives the appearance of creating a cult of personality” (according to Oklahoma State Sen. Steve Russell.) Nevermind that George H.W. Bush gave a similar address to students back in 1991… or that Reagan did, or that when John Kennedy said “ask not what your country can do you for, ask what you can do for your country” our nation celebrated. Nevermind all that or respecting freedom of speech. Really.

In which we honor the week’s ‘best comments.’ 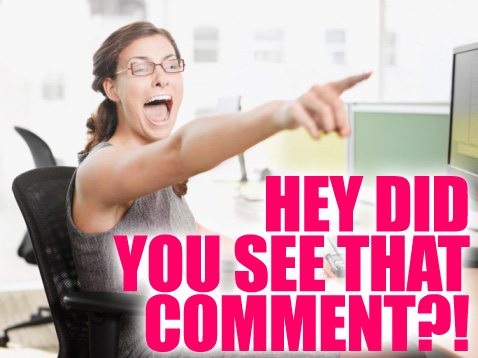 Alex! on “Daily Fix Thursday” Anyone who has 5+ tweets dedicated to bacon is worth listening to.

bcw on Meet Brian Brown: I love that they named their campaign “2M4M.”Love it. Idiots. 2M4M wants you! Come BARE your signs and BLOW your whistles with people JUST LIKE YOU! The turnout will be a SHOCKER! We must not let the gays TAINT marriage! Join us afterwards for a delicious TOSSED SALAD and SAUSAGES!

MsNJS on NSFW Sunday’s Volleyball Butts: “HaHa. Those pictures made me laugh because, where I am from, none of those women have a butt … just saying.”

from Laneia:
I don’t know what this is but, hey, look! Nashville’s on there! And Berlin! Do you know what’s going on? Feel free to explain it to me. Brooklyn! CitySounds.fm – The Board
+

from Alex:
Courtney Love infamously goes into rants, raves and some manic episodes via twitter almost every day. Luckily, Stef takes it upon herself to translate Courtney Love’s psycho-tweets so you don’t have to! (See below) and get it here: @CLtranslated.
+ 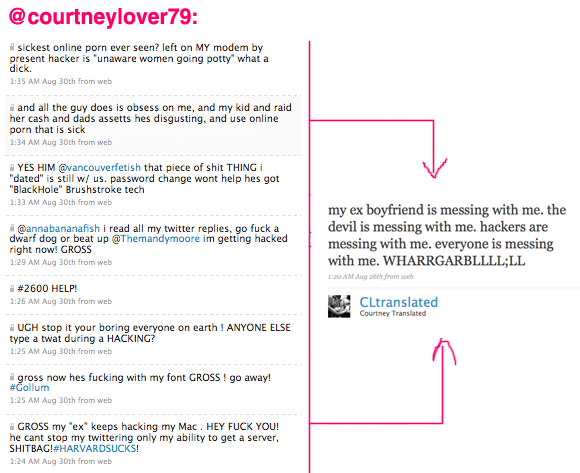 sign up for our newsletter
Related:daily fix 1.0Lindsay Lohan