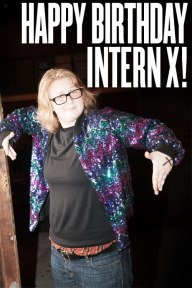 Photoblogger Robin and her girlfriend Carlytron visited Provincetown’s Annual Carnival and brought back some beautiful photos just for you!

NOMNOMNOM: Profile of Brian Brown, Executive Director of the National Organization for Marriage– “Opposing Gay Unions with Sanity and a Smile”: The Washington Post has a significant feature article on National Organization for Marriage Executive Director Brian Brown, who “tries to help people see that opposing gay marriage does not make them bigots, that the argument should have nothing to do with hate or fear, and everything to do with history and tradition.” Brown, with a Master’s Degree from Oxford & UCLA doctorate work under his belt, started off his Career in Sexual Judgment working to fight against condom distribution in schools. He avoids religion when he makes his case, and insists that the fact that young people approve gay marriage and older ones don’t is because “people mature.” In your biased opinion, do you think the writer of this piece was biased enough? (We don’t). What is your favorite part (Is it the stuff the wife says? She says some amazingly ridiculous stuff)? Does he scare you, too? Are you mad at The Washington Post for publishing this malarky?

Well, never fear –Media Matters calls bullshit on the WaPo for their Brian Brown profile, wondering why information obtained about NOM via a 20-minute google search was so liberally ignored. E.g., NOM’s statement that: “The dark secret of homosexual society — the one that dares not speak its name — is how many homosexuals first entered into that world through a disturbing seduction or rape or molestation or abuse, and how many of them yearn to get out of the homosexual community and live normally.”

LADY GAGA: In livelier news, Lady Gaga has done her 400th photo shoot of the year (right) for Neo, a Spanish magazine. She sure is busy. I wonder what the next big thing will be

TRANSSEXUAL TRENDING TOPIC: In other news, “research gathered from more than a dozen major sources – including Alexa, Google and Internet World Stats – reveals that nearly 190 million heterosexual men are attracted to transsexual women and actively seek romantic contact with or sexually explicit images of them annually.” I like how people can write articles like this as if it’s possible to contextualize and blithely faux-appreciate bajillions of trannsexual persons as a “trend.” It’s so humanizing!!! Here: Pam breaks it down for you. (@the examiner)

VOTE: The Victory Fund, a group that works to elect LGBT people to public office, has identified eight more aspiring politicians they hope to see sworn in shortly. (@theadvocate)

SAME-SEX MARRIAGE: Vermont’s gay marriage law is set to go into effect on Tuesday, September 1st. Everyone’s getting ready for a lot of tears of happiness, cake, etc. and meanwhile in Iowa people are actually TRAVELING! to! Iowa! to get married!

EMMYS: The Daytime Emmys happened on Sunday August 30th. Ellen DeGeneres & Portia De Rossi went. Big Bird went. We all went. It was anarchy! Actually it was, ’cause Rachel Ray beat Ellen again (Ellen won for four straight years, the past two she has now lost to Rachel’s 10 AM meatballs) I guess they figure now that she’s married to Portia, she really doesn’t need to win any awards. Like she can just go home with Portia, you know? That’s golden.

JAYCEE LEE DUGARD: Who are the people in your neighborhood? Sometimes, I suppose, we’d all rather live near strangers than know the truth about what’s really going on next door. (@jezebel)

WOMYN: These ladies have very cute voices, very smart feelings, and very good taste in feminist websties (thumbs up to Autostraddle & Jezebel, ixnay on the doublexxnay) (sidenote: I think Double XX thinks feminism is trendy and therefore a Good Idea for Slate, but feminism isn’t trendy and never will be, c’mon feminism isn’t a slap bracelet). Check out what ladder.

PROP 8 CASE: Gay pride and prejudice – editorial introduces the questions we’ll be facing in January — “Is sexual orientation inborn or a choice? Can it be changed? If so, should it be changed? Do gay and lesbian partners make good parents? As good as straight parents? Do homosexuals contribute as much to society as heterosexuals? Would their marriages harm the unions of heterosexual couples and the institution of marriage?” (@latimes)

AUSTRALIA GAYS: This is Oz: Speak up for an Inclusive Australia.

THE SADS: More on how Kennedy, now dead, was a fierce advocate of the Gays: Kennedy/Obama: Does the Dream Live On? It was no surprise that Senator Kennedy highlighted the issue of “straight against gay,” because he was … the “strongest voice in the United States Senate for the LGBT community.” (@huffpo)

Riese:
“Much of the discussion that’s going to dominate this [New York Times MAGAZINE] article in the media, is that it maybe costs $400,000 to produce a piece of brilliant, lengthy investigative journalism  … What’s going to happen to investigative journalism because of blogs? … Who’s going to pay for the next Watergate? Or the next Torture Memo? And what kind of models are going to emerge from it?” Something to think about, baby birds… Something to think about.

from Alex:
Smashing magazine asks: what would the internet look like if famous graphic artists from history were web designers?
+
+