The finalists for the 2013 Lambda Literary Awards have been announced, and include Rae Spoon‘s First Spring Grass Fire, BK. Loren‘s Theft: A Novel, Alison Bechdel‘s Are You My Mother?, Marty McConnell‘s wine for a shotgun, Malinda Lo‘s Adaptation and tons of other excellent reads.

The finalists for the Triangle Awards have also been announced, and includes work by Kate Bornstein, Jeanette Winterson, Alison Bechdel, E.J. Levy, Ellen Ullman and more. 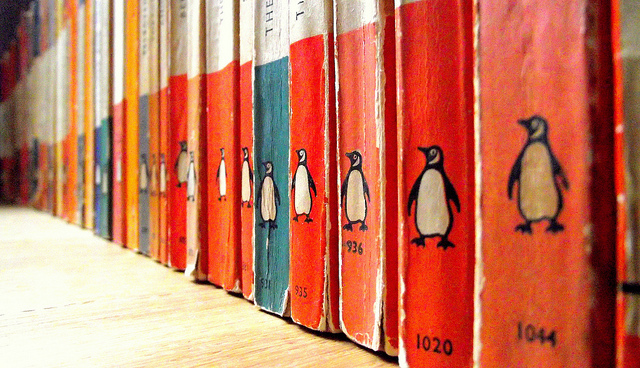 In response to VIDA’s The Count, a review of the gender divide in literary-related fields, Vela plans to compile The Unlisted List, a list of women writers, and wants your suggestions.

Claire Barliant writes about the art of browsing, how the book you want is always besides the book you think you want, cover design and the Library of Unborrowed Books. 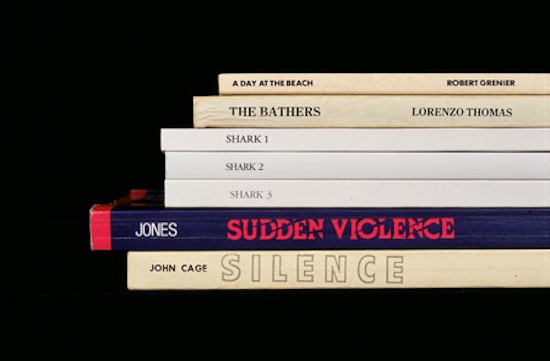 Sales of Marjane Satrapi‘s graphic novel Persepolis spiked last weekend following a ban on the book and its sequels in Chicago public schools.

Learn how to bind books with Design Sponge.

Independent bookstores are making a comeback, with growing sales and new stores opening. According to Yvonne Zipp, Borders closing and the buy local movement are part of the reason.

Recommended outsider lit for girls includes Michelle Tea‘s Rose of No Man’s Land, Miranda July‘s No One Belongs Here More Than You, Heidi Julavits‘ The Vanishers and Natsuo Kirino‘s Out. 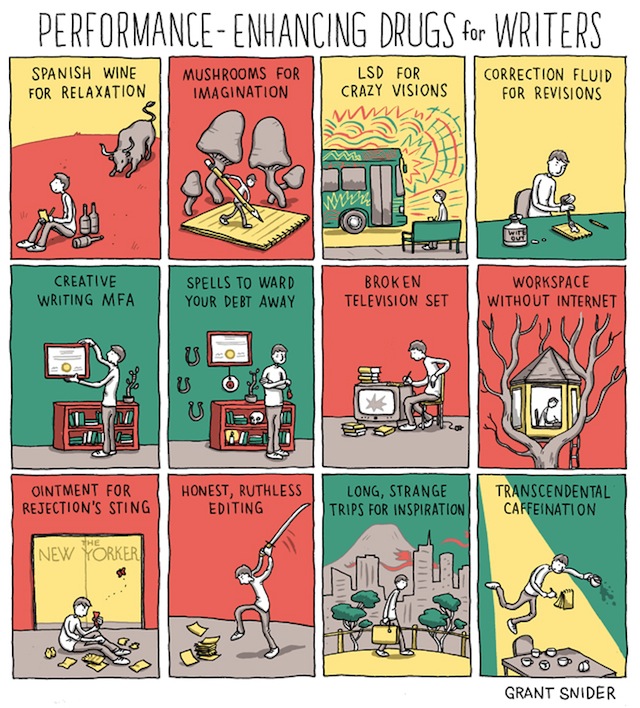 Bookish cures for any occasion include Tipping the Velvet for making post-betrayal life choices and The Handmaid’s Tale for relaxing over healthcare reform.

Anne Carson’s Red Doc>, a follow up to her acclaimed Autobiography of Red, was published earlier this month. In the New York Times, Sam Anderson profiles/interviews Carson on her work, her life, volcanoes, art, language and more.

Casey the Canadian Lesbrarian reviewed Annabel, a novel featuring an intersex protagonist by Kathleen Winter, and also wrote about The Night is a Mouth, a short story collection by Lisa Foad.

At the Lesbrary, Laura reviews Wine for a Shotgun, a collection of poetry by Marty McConnell. Erica Gillingham reviews The Essential Dykes to Watch Out For, a collection of comic strips by Alison Bechdel. Danika reviews Prairie Silence, a memoir by Melanie Hoffert about living in North Dakota. 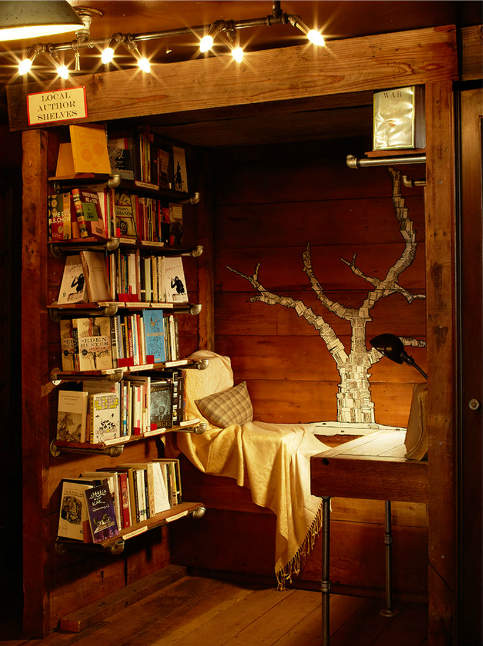 Lambda’s new 25 for 25 ebook will celebrate the organization’s 25th year and feature work from authors including Alison Bechdel, Ivan E. Coyote, Jewelle Gomez and Eileen Myles (whose “Bath, Maine” is excerpted below):

“I really had no damn business there. I mean, why am I living with my ex-girlfriend and her new girlfriend, and her ex-girlfriend. How could that possibly be comfortable. I could be writing this from a jail cell. Funny, huh? Ted and Alice, before I left, said: “Out of the frying pan and into the fire, Eileen.” I didn’t know what else I could do. I flew, yes I did, up to Portland and Judy and Chris picked me up there. I was so ripped on the plane. Elinor had given me some of that crystal, one good line, and I had a handful of Tom’s pills. He had stayed at my place the night before. I was writing these poems up in the air, really stupid ones all over those cocktail napkins they give you. God, they were awful. About vitamins and stuff. I was off cigarettes which always made me particularly insane and I had those red beads on, when did they break, I remember them breaking in Maine—well, the two of them picked me up—I remember we went right into a bar—I think I remember having a shrimp salad sandwich and beers, and Chris was already drinking icy Margaritas. The place had all lobsters up and traps and all. Then we got back in Judy’s car. That night we all went to the gay bar in Augusta. Oh god, that night. We were all speeding, and drunk, and it was real hot. All the men were taking their shirts off and dancing. We got mad. We wanted to take our shirts off. So we did. Everyone thought it was great. Except the manager and a couple of fag bartenders. Put ’em on. The men don’t have to put their shirts on. Just get out. You can’t be in this bar with your shirts off. Put your shirts on and get out. We did. But first we took our pants off and walked out. Chris threw a beer bottle at them too. She always had a lot of style. This is just three years ago.” 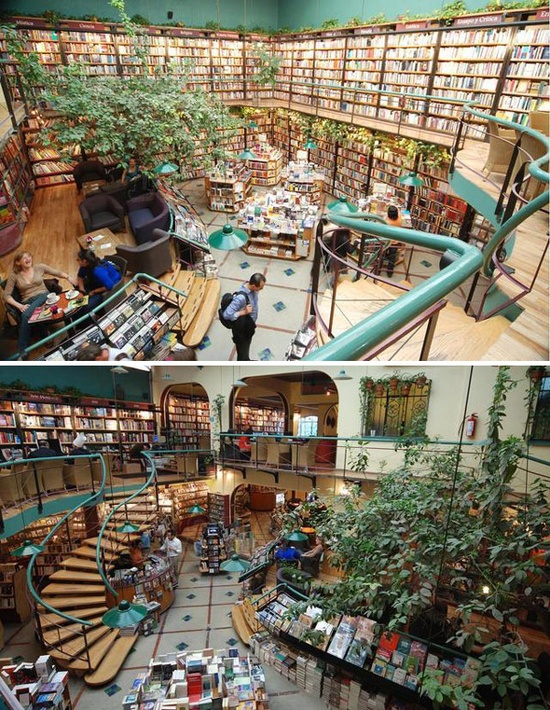 April 1: Today is the deadline to apply for Lambda Literary’s 2013 Writers Retreat for Emerging LGBT Writers.

Riese: So, I read Lean In: Women, Work and the Way to Lead. Yup. Does that count as literature? I feel like it might not. Anyhow, Sheryl Sandberg wrote this book Lean In, and Tracie wrote about it on Jezebel and I was like, I should read this book, and so then I did. Mostly because Sheryl Sandberg had insight for Tracie about how to deal with constant negative comments and well, I could use some of that advice too. It was really good and I’m glad this book was written, but it applied to me and my life a lot less than I expected — some of the general leadership things were helpful, but later chapters focused primarily on balancing work/home with the assistance of a male partner/husband. Like, A LOT. A lot of stuff about husbands, a LOT of stuff about babies, and then more stuff about husbands. Earlier chapters also focused a lot on how to hold your own in a world and workplace of men, but since the business I own (this website!) is staffed only by women, that stuff wasn’t as helpful either. Also I’m already at the top of this company, because I’m the CEO, so climbing to the top isn’t on my to-do list. But I still really really really liked and was impacted by so much of it, like the importance of taking credit for our achievements instead of playing things down as women so often do and so forth.

Carolyn: I read St. Lucy’s Home for Girls Raised by Wolves, Swamplandia! and Vampires in the Lemon Grove: Stories, all by Karen Russell. I was enchanted by the first, disturbed in a good way by the second and more than a little disappointed by the third — after a really strong first two stories, Vampires slows down and stops feeling as remarkable.