International Trans Day of Visibility is here! This event, which happens each year on March 31st, was started by Rachel Crandall, the leader of Transgender Michigan. It exists so that we can focus on the trans people around us and the good that they do. She wanted a day that celebrated and recognized trans people who are still with us to go alongside Trans Day of Remembrance, which remembers those we lost.

I was thinking… whenever I hear about our community, it seems to be from Remembrance Day which is always so negative because it’s about people who were killed. So one night I couldn’t sleep and I decided why don’t I try to do something about that… The Day of Remembrance is exactly what it is. It remembers people who died. This focuses on the living. People have told me they love Remembrance Day but it really focuses on the negative aspect of it. Isn’t there anything that could focus on the positive aspect of being trans?

There are many ways you can celebrate Trans Day of Visibility. Some places hold live events, such as readings or appearances by trans speakers, others host parties celebrating trans people. Although the event started in Michigan, it has spread all across the USA and into Canada and the UK. On a more individual level, you can celebrate Trans Day of Visibility by paying attention to and caring about trans people and trans issues. Here are some ways that you can do just that. 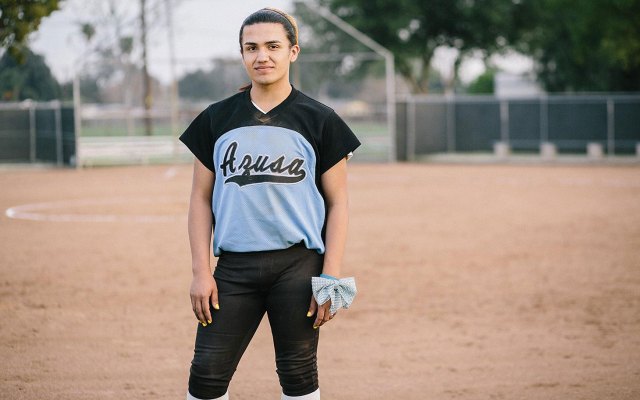 The playing feild is a place where people seem to fight extremely hard to defend their right to discriminate agaisnt trans people. Although the Olympics and NCAA both have trans inclusive policies, other organizations, such as Crossfit and many state high school sports leagues aren’t as progressive. A couple examples of trans athletes you can support are MMA fighter Fallon Fox and Pat Cordova-Goff, a high school softball player, who is playing the right sport thanks to California’s new trans student rights bill.

It’s extremely important to listen to trans people’s voices. We know what rights we want and we know the best ways to help us. One of the easiest ways to do this from your home is to read our blogs. Some blogs that you can check out include Transgriot, run by Monica Roberts, Janet Mock’s blog, and Biyuti Binaohan’s blog.

Trans people are constantly putting ourselves out there and accomplishing great things. However, due to discrimination in the workplace, schools and the government, trans people often could use all the help that we can get. You can support projects like the International Trans Women of Color Gathering, the Free CeCe documentary about CeCe McDonald and produced by Laverne Cox, Biyuti Publishing, which looks to publish works by marginalized people, the documenary Major! about trans pioneer Miss Major Griffin-Gracy, Trans-Genre, which supports trans artists and publishes books by trans writers or the Trans Justice Funding Project, where your money will go to a variety of trans projects.

4. Watch Movies and TV Where Trans Characters are Played by Trans Actors

In case you missed the news, cis people playing trans characters not only takes jobs away from trans actors, but it usually relies on stereotypes and when it’s a cis man playing a trans woman, it also reinforces the idea that trans women are just men in dresses. So instead of watching Dallas Buyers’ Club or Hit and Miss, watch things like Orange is the New Black, The Fosters, Gun Hill Road, and other projects featuring trans actors and actresses like Laverne Cox, Harmony Santana, Angelica Ross, Tom Phelan, Jamie Clayton and Candis Cayne. It’s important that we have accurate portrayals of trans people, and the only way to do that is to let trans people play trans characters. 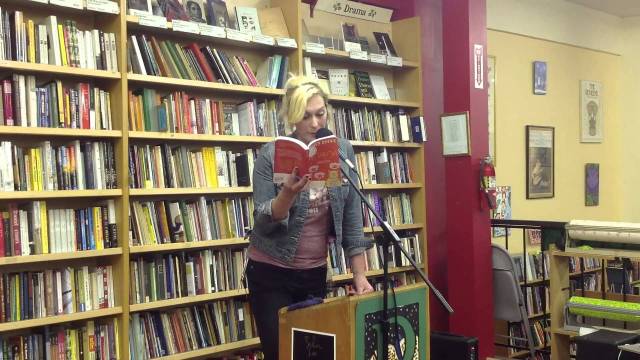 5. Read Books and Listen to Music by Trans People

Speaking of accurate portrayals of trans people, another way to make sure that happens is to let trans people write their own stories. You can read memoirs like Janet Mock‘s Redefining Realness, Toni Newman‘s I Rise, and Ryka Aoki‘s Seasonal Velocities. Or you can check out fiction like Imogen Binnie‘s Nevada and Choir Boy and Six Months, Three Days by Charlie Jane Anders. You can also buy and listen to music by trans artists including Angelica Ross, Kokumo, Laura Jane Grace of Against Me!, Namoli Brennet and Rae Spoon.

6. Donate to or Volunteer with Trans Organizations

Not only are there nationwide organizations like the Sylvia Rivera Law Project, The TransLatin@ Coalition and the Transgender Law Center, but many cities also have local organizations that support and provide safe spaces for trans people or trans youth. 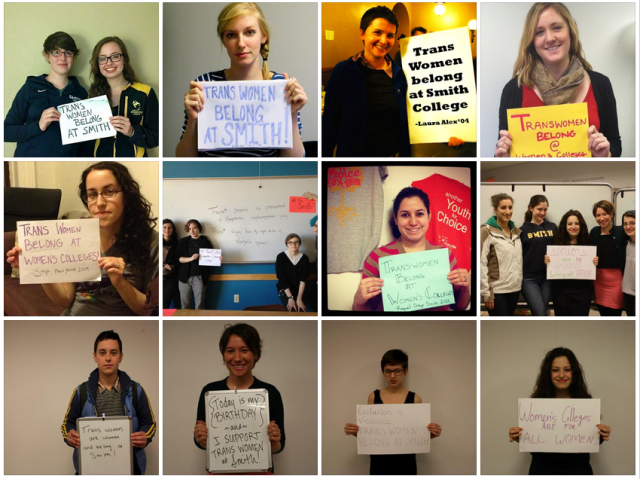 7. Make Sure to Involve Trans Women in Women’s Spaces

This one should be a no-brainer. Trans women are women. End of sentence. Since we are women, women-only spaces, whether it’s colleges or music festivals, should clearly be open and welcoming to us.

8. Write a Letter to Your Congressperson Asking Them to Support Non-Discrimination Ordinances

Many states don’t have statewide protections for trans people in the workplace, housing and other areas. However, many cities and states are starting to pass non-discrimination ordinances that protect LGBTQ people from being fired or denied housing just because of who they are. If you want to support and protect trans people, this is a great first step that will only cost you fifteen minutes and the price of a stamp. 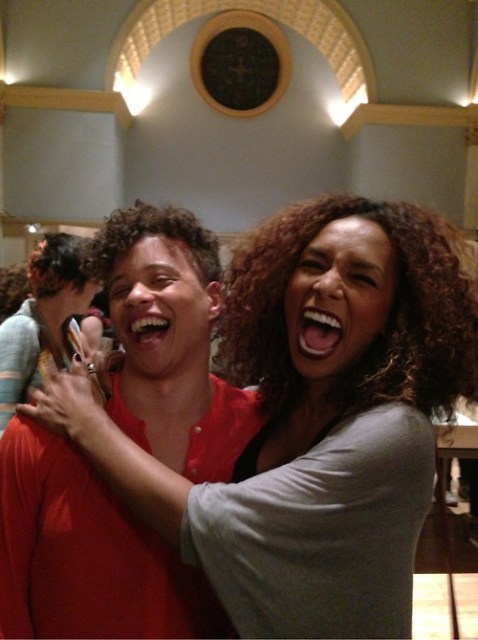 9. Support the Trans People in Your Life

Trans people are often kicked out of our houses and lose friends when we come out. It can be very lonely being trans, and knowing that you have a community around you who will invite you into their lives really does help. Trans people are fun, smart, adventurous, nerdy, funny, athletic, talented and creative. If you befriend us, more than likely, we’ll have a great time together. Although we are generally Flawless, trans people are still people. We shouldn’t be treated as if we are mythical beasts who you can only talk about and support online. Get to know trans people in real life — in authentic, non-tokenizing ways — and you’ll probably find that you have a lot in common with us.

Although people are getting better at this, I still see it all the time. If you’re making a list of the “Top 10 LGBT” anything, you better have at least one trans person on there. I’m also looking at you, Netflix, with your “Gay and Lesbian” section. Boys Don’t Cry and Gun Hill Road tell neither gay nor lesbian stories. On the other side of the coin, please stop saying “gay” when you mean “LGBT.” When Janet Mock was named one of the “15 Most Powerful Gay Celebrities” in 2012, I rolled my eyes so hard I went blind for a week. Many people will talk about Gay Rights or Gay History when they are talking about things that affect and involve trans people as well. This erases the hard work they have put in and ignores the fact that without trans women of color, we wouldn’t have the LGBT rights movement as we know it today. 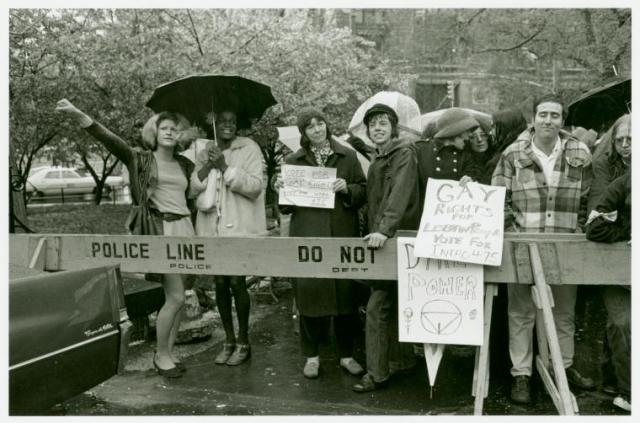 Like I was saying, it was trans women of color who threw the first bricks of the “Gay Rights” movement. The first step is to learn about trans (and LGBT rights) pioneers like Sylvia Rivera, Marsha P. Johnson and Miss Major. It was them and other trans women of color like them who started the Stonewall Riots. Once you know about our modern history, you can move on to learn about gender variant people throughout history. Although the terminology might be new and it’s probably inaccurate to call anyone who crossed gender in ancient times “transgender” as they would have no concept of that as an identity, trans people are far from a modern phenomenon.

This is often a way for cis people to try to bring some simplicity and rationality to that confusing thing that is Trans People. They say that “Gender is in your mind, and Sex is in between your legs” and think that since that makes sense to them, that is a good way to describe trans people. However, if you really listen to what you’re saying, you’re claiming that although you are okay saying that a trans woman’s gender is “woman,” her sex is still “male.” When you say that a trans woman’s sex is male, even though you call her a trans woman, you’re still misgendering her. This is a not a good way to be an ally and it makes it seem like you don’t see trans men as fully being men and trans women as fully being women. Repeatedly pointing out that sex and gender aren’t the same thing just ends up othering trans people and actually pushes them away while you’re acting like you’re including them. Saying that sex=genitals reinforces the idea that pre or non-op trans people aren’t as “real” as trans people who have had surgery. I know you’re trying to help, but this isn’t the best way to do it. 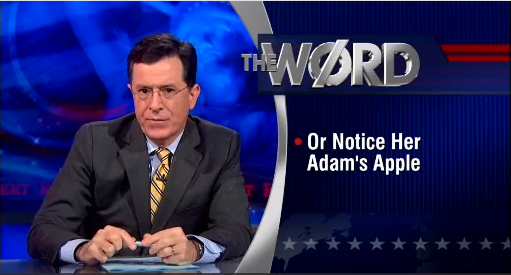 It’s funny because all trans women are liars.

13. Listen When Trans People Tell You That Something is Transphobic or Transmisogynistic

When a trans woman complains about RuPaul’s Drag Race having an entire game named after a transmisogynistic slur, don’t try to defend it by saying that they’re drag queens, so it’s okay. Similarly, when Stephen Colbert uses transmisogynistic slurs on his show, don’t defend him by saying that it’s “just satire.” Trans people (or at least most of us) actually do have senses of humor. We love to laugh. But we don’t like to constantly be the punchline of jokes that make light of violence against us or portray us as liars who want to trick you into sleeping with us. So please, believe us, we know when we’re being insulted.

14. Check Out This List of 52 Things You Can Do for Transgender Equality

If this list isn’t enough for you, here are dozens of more ways you can show your support. 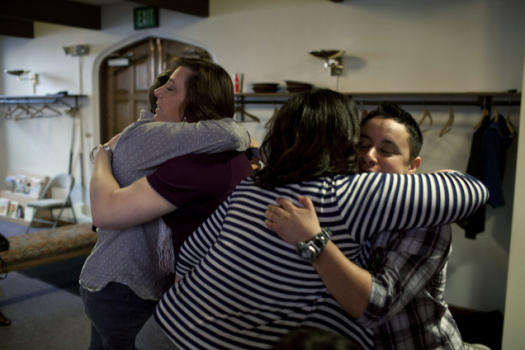 via The Salt Lake Tribune

15. Love and Defend the Trans People in Your Life

Trans people are oh so valuable, and our lives are far too often cut short. Since trans women (and especially trans women of color) face so much violence and murder, and so often those crimes go unpunished, the lives of trans women are precious things. All trans people face discrimination and oppression in so many areas of society, so make sure you tell the trans people in your life that you love them. Make sure you use your actions to show them that you love them. Make sure you tell those around you that you won’t put up with oppression of or violence against trans people. Don’t laugh at transmisogynistic jokes, don’t call trans people who don’t immediately disclose their trans status liars and don’t let your friends use transmisogynist slurs. When it comes down to it, the best way to let trans people know that they are visible and important in your life is to make sure that we are safe, comfortable and able to live the lives that we want.