Jared Leto made news and incited discussion in queer circles for his portrayal of Rayon, a trans woman, in Dallas Buyers Club when it came out months ago. Many found the fact of a cis man portraying a trans woman fundamentally offensive, even before Rayon’s less than empowered storyline was taken into account. Leto made the situation worse when his speech at the Golden Globes centered on anatomy and waxing, trivializing actual trans women and their physical realities. Most recently, Leto has been in the news for being “heckled” at the Virtuosos Awards in Santa Barbara; news reports claim that an “unidentified woman” “heckled” Leto during the awards ceremony when she said “Transmisogyny doesn’t deserve an award.” The truth behind those reports, however, is more complicated; there wasn’t just one person speaking out, and they weren’t a woman. And while mainstream news reports have figured Leto as something of a victor in the exchange, with People championing him for “spinning heckling into a serious discussion of transgender roles,” that version of events fails once again to take into account the experiences of actual trans and gendernonconforming people, who were there at the event and have spoken to Autostraddle about what transpired. 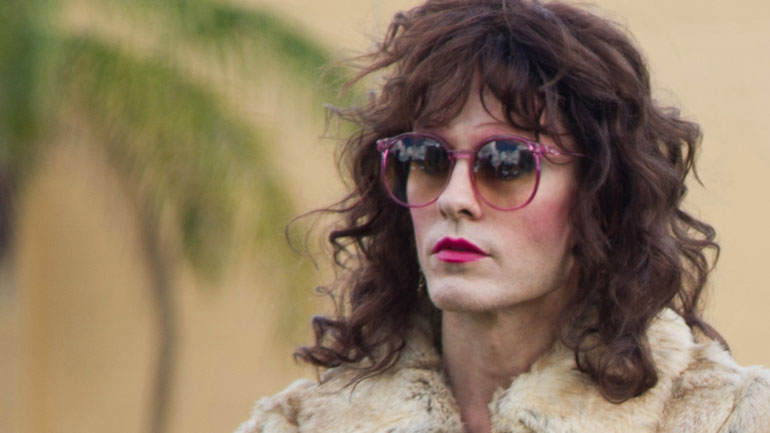 Taylor is a 19-year-old trans woman who attended the Virtuosos Awards with genderfluid friends Oliver and Jacqueline. The three friends had decided to attend the awards after seeing Dallas Buyers Club and feeling deep frustration with the character of Rayon, who is saddled with a tragic storyline that involves being saved by a straight cis man, and seems to have no agency or character development. Taylor notes that “the character [of Rayon] was originally meant to be a drag queen,” something that seems backed up by an interview Leto gave in December where he said “[director] Jean-Marc may have seen Rayon more as a drag queen or someone who enjoys pushing a gender envelope or dressing up in women’s clothing,” which may have been a factor in Rayon’s refusal to correct anyone in the film when they referred to her as a man, and the lack of any narrative features that would clearly identify her as a trans woman. Rayon’s portrayal and Leto’s subsequent accolades for performing her motivated Taylor, Oliver and Jacqueline to attend the Virtuosos Awards to engage with Leto in person.

This was the context in which Oliver said “transmisogyny doesn’t deserve an award.” When asked “What do you mean by that?” by Leto, Oliver responded with “You don’t deserve an award for portraying a trans woman, because you’re a man.” Jacqueline added that “Historically cisgender people always play trans people, and when they do they win awards for it.” In subsequent media coverage of the event, “cisgender people” was reported as “straight people.”

Despite news reports, neither Oliver nor Jacqueline are women — both are genderfluid, and both were misgendered in subsequent news reports (which also seem to have conflated them into one person, and/or confused them with Taylor, who is a woman). Oliver says this is a reminder that their “sense of safety is not a priority, [their] needs for respect are ‘too difficult.'” Jacqueline says that “to have [misgendering] happen on this level is a reminder of the importance of trans activism, and the action that we took at the awards ceremony.”

Various reports have quoted Leto as responding with:

“Because I’m a man, I don’t deserve to play that part?… So you would hold a role against someone who happened to be gay or lesbian — they can’t play a straight part? Then you’ve made sure people that are gay, people that aren’t straight, people like the Rayons of the world, would never have the opportunity to turn the tables and explore parts of that art.” 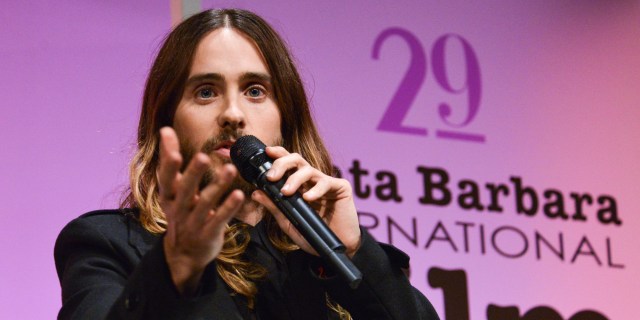 This question and its implications are flawed on a few levels. Oliver tells Autostraddle:

“We can’t keep comparing being gay and being trans, even though many people are both. It erases the trans struggle, keeps it invisible by lumping it in with LGBT. So his statement is flawed for the comparison to straightness (when we specifically said cisgender, a word most cisgender people have never heard – because of the normalizing of their identities), AND the comparison to being gay. It is not easy to be gay/queer, it is NOT EASY TO BE TRANS, but we cannot compare both of those two… The point is, HIS gender is important to the perception of the role. He is perpetuating the “man in a dress” trope. He’s performing the role of a drag queen, but “slapping on the fallacious label of ‘trans woman’” (as Taylor said). And his comparison is a false equivalency – it assumes that we live in a utopian world where cissexism or other forms of oppression don’t exist.”

After the awards ceremony, Taylor, Jacqueline and Oliver were allowed to speak to Leto privately — as long as they were able to promise that they would “calm down” and didn’t have an “agenda.” Although the friends report that their personal exchange with Leto was amicable and ended positively, it still didn’t result in Leto’s becoming more receptive to or engaged in trans women’s own experiences or feedback on his work. Taylor says, “After my interactions with him, I have to say that I don’t think he’s particularly educated on trans issues, or even that he really follows them.” And after the evening was over, the public conversation was stuck right back where it’s been for ages: media coverage was about the “angry trans people” who overreacted to a well-intentioned star. It’s both patronizing and incorrect, allowing the public to dismiss these activists while avoiding their actual message. As Jacqueline says, “It’s a form of silencing to call people from a non-dominant group “angry”. It’s a way of dismissing them as irrational… Yes, we are angry, and that anger should be empathized with, not dismissed.”

Given that Leto has expressed thanks for “the Rayons of the world,” it’s frustrating that when real-life trans women and genderfluid people have spoken up, their feelings have been dismissed and misquoted. Much like Rayon’s storyline, edited and packaged into something serviceable to mainstream cis media, the nuanced and culturally relevant concerns of these activists have been labeled as complaints of “angry trans people” and tossed aside. Taylor says, “Well, we are angry about the way in which trans women were misrepresented in the film. And we are angry about the way in which we’ve been misrepresented in the press. And we are angry at Jared’s ignorance regarding trans issues, considering his role and position. But I don’t think that any of us really despise Jared, or went there expecting or intending to “heckle him”… I mean, we had a conversation with him, I hugged him. I think it’s a trope that trans people are needlessly “angry” and unreasonable, or that they can’t get along with cis people, and the coverage so far has really exacerbated that notion.”

Jared Leto is just one person, and obviously the reasons behind the deeply problematic portrayal of Rayon (and the fact that Leto was offered the role, and has received such accolades for playing a relatively minor supporting part) are large and systemic. The problems with the way this incident developed are systemic as well — the fact that a cis man is granted more of a platform to speak on trans issues and representation than trans people, for instance. But these institutionalized cultural tendencies can be checked to some degree when deconstructed in public conversation, and when we choose to take seriously those who do the deconstructing — when we choose to grant legitimacy to the “angry” people doing the “heckling,” and not just the people wearing suits on a stage.

In their meeting, Jacqueline asked Leto to “actually mention trans people and our struggles in subsequent awards acceptance speeches” — with the Oscars coming this Sunday, we may have a chance to see if Leto has taken this criticism to heart. Regardless of his individual actions, however, the larger systems of news and entertainment media still clearly have a lot to learn.