Trans representation on film is pretty abysmal, ranging from mildly problematic to dangerously ignorant and hateful. The movies have given us very few trans characters at all, and those that are not blatantly offensive are often still problematic in subtler ways. This isn’t to say that no positive characters exist in cinema (and of course it’s all a matter of opinion), but for my money there’s very little out there that can be truly called a positive portrayal. Where does Dallas Buyers Club fall on the spectrum of trans representation in cinema? Despite its pro-gay attitude, the film fails to break the pattern of transphobic narratives in cinema, perhaps because it doesn’t understand that trans people are not the same as cis gay people.

Dallas Buyers Club is the story of Ron Woodroof (played by Matthew McConaughey), a straight cis man who is diagnosed HIV-positive in 1985 and subverts the Food and Drug Administration (FDA) and Big Pharma to acquire unapproved and experimental medication. He founds the Dallas Buyers Club (sometimes written as Dallas Buyer’s Club) to distribute this medication to AIDS patients who either couldn’t afford or weren’t being helped by approved treatments. In doing so, he becomes close to a transgender woman named Rayon (played by Jared Leto), who is also HIV-positive and helps Woodroof run the organization. It’s based on a true story: Ron Woodroof and the Dallas Buyers Club are real, while Rayon is fictional. It’s easy to see the appeal of the tale: it’s about a lone man taking on The System, about courage, strength and perseverance in the face of adversity, about clinging to life against the odds.

When we look at the narrative that arises from these real-life circumstances, however, problems are apparent. Woodroof’s Dallas organization was far from unique, but as Noel Murray writes (emphasis in original), “there’s an extent to which this is trying to be a kind of ur-story for the whole “buyers club” phenomenon and not just a character sketch, and that’s where having a straight hero becomes somewhat problematic.” I’d go even further to argue that despite the film’s micro scale (it deals with only a handful of people), it demands a macro reading, wherein each character represents their larger community. When viewed this way, Woodroof is the Straight Cis Savior to the AIDS epidemic, while Rayon, the only developed queer character, is the Victim.

The film opens with Woodroof having sex with two women, to assure the audience that Woodroof — soon to be diagnosed HIV-positive — is absolutely definitely 100% straight. After all, the narrative doesn’t work unless Woodroof is aggressively heterosexual. His homophobia, transphobia and racism are core aspects of his personality, which enables his character arc from bigot to advocate. Sure, he spends a lot of time spitting out anti-gay and anti-trans slurs, but he eventually learns tolerance and becomes an advocate, so I guess everything is sunshine and rainbows, right? For one thing I think the whole “overcoming bigotry” arc is problematic in and of itself, when you consider the lack of queer representation and the Savior Complex that this film has. More importantly than that, though is the disparity in the treatment of cis gay men (who are bit parts and extras) and the treatment of the film’s treatment of Rayon. While cis gay men are respected (albeit narratively sidelined), Rayon, as a transgender woman, is disrespected, deprived of autonomy, and made to suffer.

Rayon is misgendered throughout the film, which I might forgive if it had been sourced to character ignorance. However, because a defining point of the film is these characters’ queer advocacy, the ignorance is clearly from the film itself. It’s worse than just misgendering, though. Woodroof uses multiple transphobic insults against Rayon, including “miss man”, “whatever you are”, and at one point he points a gun at Rayon’s crotch and jokes that he will use it to “give [her] that sex change [she’s] been wanting.” The scene is meant to be playful, because nothing shows rapport and camaraderie better than mocking the concept of anti-trans violence. It isn’t any better behind the scenes, either, with Leto describing Rayon as an “unbelievably impossible person,” an assertion that characterizes trans people as exotic novelties, rather than real human beings with real lives. Leto’s sentiment shouldn’t be surprising, though, when you realize that in the film, Rayon doesn’t really have much of a life of her own. 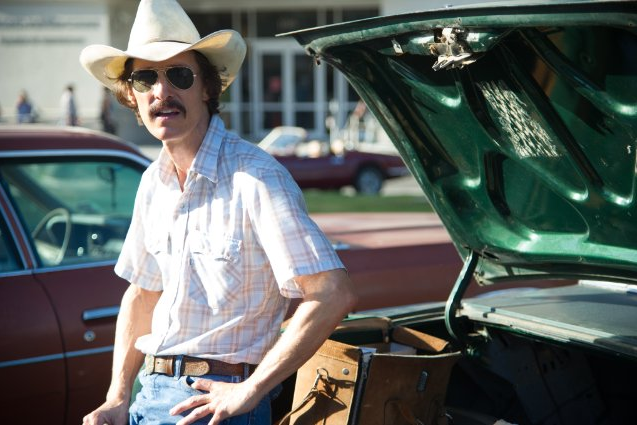 At one point in the film, Woodroof encounters a former friend while shopping with Rayon. After the friend insults Rayon, Woodroof puts him in a headlock and forces him to shake Rayon’s hand. Two things stand out in this scene: A) how little Rayon is actually involved and B) how uninterested Rayon is in shaking this guy’s hand. It isn’t about her, it’s about Woodroof showing that he is no longer okay with sentiments he once freely tossed around himself. This dynamic of Rayon serving as a catalyst for Woodroof, with little to no regard for her own desires, agency or even her life, persists throughout the film. The filmmakers themselves admit to creating Rayon to teach Woodroof tolerance. The ultimate example comes in the second act, when Rayon dies, succumbing to a combination of AIDS and drug abuse. Her death sends Woodroof into a spiral of grief, allowing him to prove that he’s changed. Yes, the only queer character in the film dies so that the straight cis protagonist can show just how much he cares about queer people now. But why did she need to die for that to happen? Rayon was a fictional character and thus not bound by historical circumstance. Rayon’s death allows Woodroof to express his newfound tolerance in the most visceral way possible, to be sure. But her death also plays into a larger cultural narrative that depicts trans people as tragic above all else.

Rayon’s existence is defined by suffering, and she lacks hope, strength, and agency. Everything about Rayon is designed to create sympathy, not empathy, and to make Rayon as pathetic as possible. The audience is meant to look on her as a pitiful victim in need of saving, the Queer Damsel In Distress to Woodroof’s Straight Cis Knight In Shining Armor. As Daniel D’Addario argues, the film portrays Rayon as “automatically a victim, unaware of how she could help herself.” Rayon takes little action of her own, and it’s problematic even when she does. When she withholds necessary contacts from Woodroof to force him to partner with her, he wonders aloud if he’s “dreaming,” defusing one of Rayon’s only moments of autonomous action by implying that such an act by someone like her is out of the ordinary, even difficult to fathom. Woodroof also infantilizes Rayon repeatedly by treating her like a misbehaving child incapable of making her own decisions. While a defining trait of Woodroof is his “will to live,” a defining trait of Rayon is her lack of thereof, which the filmmakers convey via her ongoing drug addiction (Woodroof stops using drugs cold turkey without any difficulty or reaction). This framing of drug addiction as a simple lack of self-control is problematic in many ways, including that it allows the filmmakers to blame Rayon for her own death, absolving Woodroof of any failure to complete his Savior duties. It’s also strongly implied that Rayon simply doesn’t want to live, a premise that both stems from and reinforces how tragic her life is. 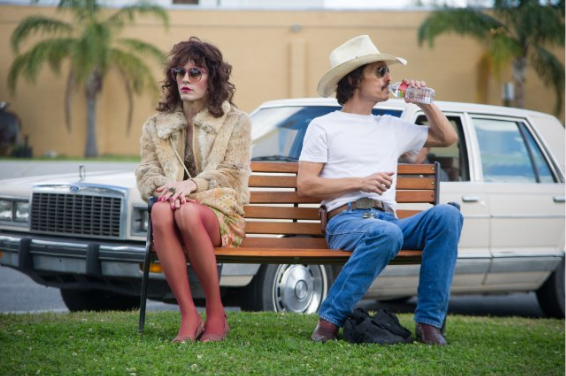 Rayon’s character and narrative validate subtle prejudices against gender and sexual minorities by presenting a cisgender superiority that only looks favorably on trans people as it looks down on them. Unlike the more glaring instances of queer characters suffering and dying as punishment, Rayon suffers and dies to affirm hierarchies that place people with traditional gender and sexuality at the top. This kind of depiction, veiled behind positivity, inclusion, and allyship, is among the most harmful because it goes easily unnoticed, and thus can more easily create or affirm prejudices and biases of viewers. In lieu of the ally cookie this film so clearly wants, I have a message: pity is not the same as respect. Perhaps one day the mainstream will start treating us as human beings deserving of respect and not as unfortunate oddities deserving of pity, and then perhaps future queer characters will be able to have their own lives, their own journeys, and do more than just suffer.

Eleven is a queer trans filmmaker, writer and poet from Denver, CO. She spends most of her time avoiding Real Life by immersing herself in all things cinema. You can follow her at thirteenminustwo.

Eleven has written 1 article for us.