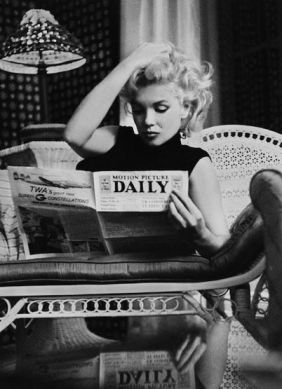 HELLO and welcome to the 103rd installment of Things I Read That I Love, wherein I share with you some of the longer-form journalism/essays I’ve read recently so that you can read them too and we can all know more about abortion! This “column” is less feminist/queer focused than the rest of the site because when something is feminist/queer focused, I put it on the rest of the site. Here is where the other things are.

The Gulf: Meditations on the Mississippi Coast After Katrina (Summer 2008), by Natasha Trethewey for the Virginia Quarterly Review – Long but important and beautiful and worth it — the author traces her own family’s history in the region back three generations, offering a narrative rarely taught in white-centric history books.  “Now, a half century later, the Gulf South struggles in the wake of another storm, Hurricane Katrina, and faces a rebuilding effort not unlike the effort to rebuild the culture of the South after the legal walls of segregation had been struck down. The plight of the people, post-Katrina, is still mediated not only by class but also by color, the future is uncertain, and the ongoing identity of the Gulf South will be determined not only by how it will be rebuilt but also by how its past will be remembered. The region stands as a test for the whole nation. Are we hopelessly divided? Or can we still bridge …”

*My Abortion (November 2013), by Meaghan Winter for New York Magazine – This is really great and well-done. 26 individual stories from women who’ve had abortions.

No Animals Were Harmed (November 2013), by Gary Baum for The Hollywood Reporter – An expose on what really happens to animals on sets of movies the Humane Society claims didn’t harm any animals, and the intimate relationship between the American Humane Society and Hollywood.

Marketpiece Theater (September 2013), by Anne Elizabeth Moore for The Baffler – On two shows — 1980’s Free to Choose and 2012’s Half the Sky — that promote really awful economic policy… on PBS. “Impervious to both logic and fact, and viral before viral media existed, Free to Choose forged a new cultural accord on the uncontested reign of the market that not had yet existed in quite this way before.”

Silicon Chasm (November 2013), by Charlotte Adam for The Weekly Standard – On one side of the tracks are all the nice houses where the tech executives live in big mansions with underground movie theaters and on the other side are the people who manicure their lawns and watch their children. America!

Has Madalyn Murray O’Hair Met Her Maker? (1999), by Michael Hall for The Texas Monthly – I always find it fascinating to read about people who apparently were huge cultural influencers at one time but who I have somehow never heard of. O’Hair was a huge figure in the Atheism movement, and also apparently a huge bitch, and then she disappeared and nobody  ever found her.

How Catching Fire Ups All The Antes for The Hunger Games Franchise (November 2013), by Genevive Koski, Tasha Robinson and Scott Tobias for The Dissolve– I really wanted somebody to mention how they dropped the pregnancy thing and never picked it back up again (it remained a situation in the book, but in the movie it wasn’t mentioned after that first time), but aside from that, this was the most interesting thing I’ve read about the film. They’re really smart over there at the Dissolve. Very smart film people over there.

Three shorter pieces I loved, that I think together equal one entire piece:

Bloodletting Season (October 2013), by Vanessa Willoughby for Cold Drank – “In order to survive adolescence, you must force yourself to sell-out. Bite down on your tongue, harden your jaw, clench your teeth, and learn to join the league of the invisible minority. Trick your white classmates; they must not realize that you’ve infiltrated their tight-knit ranks.”

The Fake Male Feminist Chicanery (October 2013), by Minh Nguyen for Cold Drank – ” I worry that the appraisal of men who can articulate a feminist critique begets scheming imitators, men who file “feminist” in their rolodex of pick-up artistry because they’ve seen it result positively.  Lack game?  Try this formula:  mention x feminist theorist, y lamentation about political issue that attacks women’s rights, z assertion about sexual consent.  That tactic alone may work on someone, and that’s utterly scary.”

Riots Observed in Fiery Fragments (April 1992), by David L. Ulin for The Los Angeles Times – “Depending on where you lived or the part of town in which you found yourself, the atmosphere was static or chaotic, suspended or engaged. I remember, on the second afternoon of the conflagration, watching as a Fairfax district neighbor sunned herself on her small front lawn, while in the distance, sirens screamed. There’s a metaphor in there somewhere, perhaps in the way it reflects Sampogna’s sense of the city as disoriented, in which we connect (or don’t) “to the other LA with the flip of a switch.”