As far as queer pulp novels go, Leigh Matthews’ All Out Vancouver series hits all the right notes. The second installment, Go Deep, starts out in Amsterdam, where protagonist Kate and her now-girlfriend, former friend and ex-friend, Cass, are working and studying together. They have found their way to each other after months of tension, sleeping with each other’s friends, and one massive airport heartbreak scene. But things in Holland aren’t perfect. Kate and Cass are fighting, as always, and Kate misses her queer gal pals back in Vancouver. 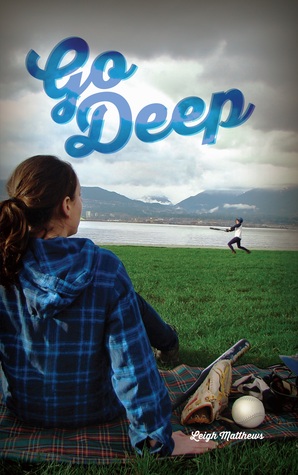 The book focuses on the same characters as its prequel, Don’t Bang The Barista, with a few welcome additions like a non-binary activist and a new softball player, Scout, who looks shockingly like Cass. Bisexual and polyamorous sweetheart Em comes to Amsterdam to ask a lawyer for advice on bringing her and her husband’s other partner, Hanna, into their marriage legally. She tells Cass about her plan — but doesn’t mention that she has been diagnosed with cancer. After Cass finds out the truth, she goes back to Vancouver and Kate follows closely behind.

Unlike its prequel, the primary romantic relationships in Go Deep are pretty fixed. Instead, the book takes on much heavier drama — cancer, brain trauma, and dark family secrets. At times, the story buckles under its own weight. Without a strong central narrative, the story feels disjointed as it juggles multiple main characters. Pulp fiction wasn’t built to gracefully handle such heavy subject matter — although it least it doesn’t fall backward into melodrama.

Despite some unwieldiness, the story is an enjoyable read with plenty of high points for its sympathetic characters. I found myself rooting for every character, and the book was a very enjoyable break from reality even as it handled heavy themes. And Go Deep ends with a sense of resolution — plus anticipation for future stories about the Vancouver queer crew.