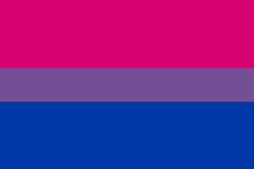 LABELS: Marcus Morgan of The Guardian wants to “Put the B back in LGBT” because “bisexuality is often dismissed or disparaged, so many come out as gay instead.”

Morgan has some progressive thinking and worthwhile analogies, especially when talking about the confusion over labels:

Oddly, the only people not confused about bisexuality are the bisexuals themselves, with groups like The Bisexual Index advocating a clearer definition – they simply suggest anyone who is attracted to more than one gender should consider identifying as bi. It’s not about amount of attraction either, just as simply preferring lettuce to liver doesn’t make you a vegan.

He’s also aware of the scorn bisexuals can face from both the straight and gay communities:

For a bi on the gay scene, the closet has two doors, a bit like an airlock – behind one of them is a cosy atmosphere with no pressure, and behind the other is what appears to be a vacuum.

However, his primary point is a little problematic. He suggests that everyone is bisexual — but he’s not talking about Girls Gone Wild, he’s talking about y’all homos who claim to be all-homo and apparently are not. Who knew?

A lot of the people using the LGBT scene are bisexuals in the closet – they came out as gay or lesbian because they knew that would get a good reception.

We’re all told bisexuality is a phase that everyone goes through and grows out of, and no one’s a ‘proper’ bisexual, even though everyone’s bisexual really.

So basically the spin to his argument is that more gays should admit that they are also bisexual, because once upon a time they dated people from the opposite gender. This is similar to the case recently made by Michael Eurie of Ugly Betty, who identifies as “queer,” in the February Advocate:

I’ve been in a relationship for a while now, and if you just met the two of us together we’d be ‘gay.’ But that somehow means anything that happened before [we met] didn’t count-and I don’t feel that way. I know that some people feel that way. They were with women, but it always felt wrong. But it didn’t for me. It felt right at the time. It didn’t work out, but it also didn’t work out with other men-many times. That’s why ‘gay’ never seemed right.

So is everyone bisexual? in Jezebel’s reaction to Morgan’s article, they say “no.” In general, labeling anyone — without their consent — is a bad idea and takes away individual agency. Labels aren’t all bad, especially when they’re self-defined. I appreciate that Marcus Morgan is trying to destigmatize bisexuality, but it’s just as limiting to call everyone bi as it is to say that bisexuality is a myth. Jezebel adds:

Someone who identifies as bi would be more qualified to answer these questions than I am. But I will say that while a label can limit, being part of a community can empower — and it might not be entirely beneficial to define a community so broadly that it includes people who would never admit to being part of it.

I’ve discussed bisexuality with a lot of people over the years, including our Editor-in-Chief Riese (who has much more informed views on the subject, as she once wrote a book about female bisexuality and identifies as ‘queer’). It seems to me, based on limited observation and a few original thoughts, that the Kinsey scale is still a pretty useful tool. Sexuality (and gender, too) isn’t black and white, and as Morgan points out, the myths that accompany even the popular definition of bisexuality are incredibly rigid as well: “Bisexuals are supposed to be equally attracted to men and women – always androgyny, but never to trans people – and always at the same time. They supposedly need to have identical amounts of sex with both, and don’t notice the differences between them (which might get painful in bed, I reckon).”

We’re all special snowflakes, right? It’s hard to imagine that two categories — or three! — would ever be sufficient for any aspect of identity — and gays and bisexuals alike benefit from expanded definitions of sexual expression. The idea that there’s only one way to have sex or have a relationship is at the core of our legal & cultural struggles.

Invalidating other people’s identity should be something the queer community avoids at all costs — and trying to tell gay people that they’re actually bisexual seems a bit counterproductive as well, and not exactly as expansive as it is when approached from the opposite direction. In the end, we’re all fighting for the same things: the freedom to self-identify without consequence.

+ The Klein Sexual Orientation Grid. (@klein institute)
+ The Bisexual Resource Institute
+ Look Both Ways: Bisexual Politics by Jennifer Baumgardner.
+ Interview with
+ Bisexuality and the Eroticism of Everyday Life (Riese says she read this entire book, it is like 5,000 pages long), by Marjorie Garber.
+ Bi the Way: a documentary about bisexuality (the trailer is here)

MARRIAGE: As a performance art piece supporting marriage equality (two of our fav things!), two straight strangers got married in Florida. Brian Feldman, the artists, put out a call for willing ladies on Craigslist. [Hannah] Miller turned up for her courthouse ceremony in a short thrift-shop bridal gown and a veil, with a rainbow-colored bouquet of paper flowers to toss. When someone congratulated her, she demurred.

“Actually, I think you should be shaming me. This is a disgusting thing I have to do. It’s terrible — no offense to Brian.” (@orlandosentinel) 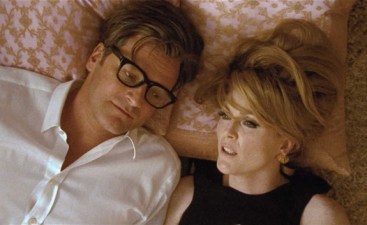 SINGLE MAN: The Guardian also has an article looking at the treatment of gayness in Colin Firth’s latest movie, A Single Man. The promotion materials have been, predictably, de-gay-ified. What’s less obviously explicable is the attitude taken by some of the supposedly enlightened. A widely approved line seems to be that A Single Man is about grief as anyone would experience it. Its protagonist could just as easily have been heterosexual. To suggest otherwise would imply that gay people are different, and we’re all now much too grownup to think along such distastefully primitive lines. (@guardian)

MADDOW: A Washington Post profile of Rachel Maddow focuses on how her sexuality affects her coverage, focusing on the DADT issue. Her show may have launched Dan Choi’s activist career, but Maddow says she doesn’t see herself as an activist, just a journalist. “It is useful for me to tell my opinion on some things I cover. But I’m not trying to get people to march in the streets or call their congressmen. I don’t believe that’s my role.” (@wapo)

NEW HAMPSHIRE: Just months after the loss of marriage equality in Maine, as well as New York and New Jersey, the New Hampshire House will vote Wednesday on a proposal to repeal gay marriage in the state. The judiciary committee has recommended the House kill that measure, as well as a proposed constitutional amendment defining marriage as between one man and one woman. (@wcax) (@ap)

STILETTO: Sunday night, Team Autostraddle attended a Valentine’s Day benefit for The Susan G. Komen Breast Cancer Foundation at the Maritime Hotel/Stiletto. Our BFF Grace Chu was also there and has a cute recap of the night. Don’t miss the picture of our photoblogger Robin, for reals! (@gracethespot) 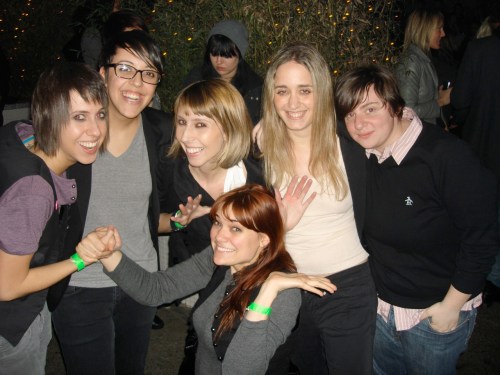 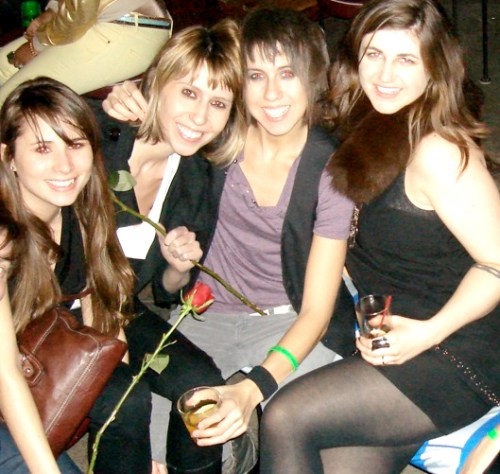 [riese add thoughts here? i wish i could insert a screenshot of your wonderful email, as i feel that about wraps it up] 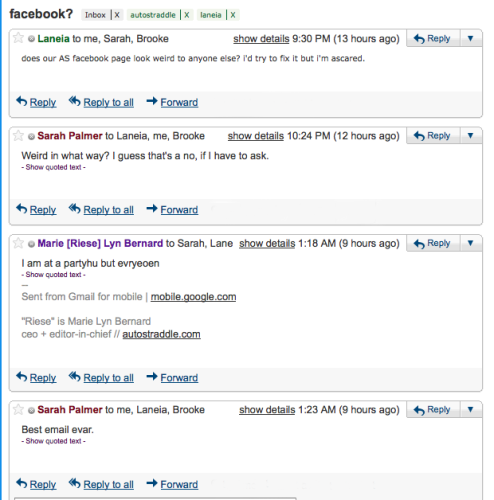